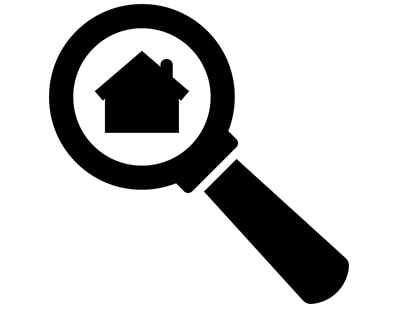 Delays with the return of property searches is one key factor for sales taking longer to complete.

As conveyancers start to warn home movers that completion before the end of the stamp duty holiday may be unrealistic, below is a summary of the current position.

How do I get an update on local authority turnaround times?

Estate agents using mio are automatically updated on the status of searches for any property where the searches are ordered through tmgroup or Conveyancing Data Services.

These automatic updates will apply to around 20% of all residential property transactions. Buyers and sellers using the mio consumer app will also be notified, which saves agents valuable time in managing and replying to update requests.

Which local authorities are slowest?

At the time of writing, 36, or around 8%, of local authorities (LAs) were reporting significant delays in returning searches with published turnaround times for all of these LAs currently exceeding 26 working days.

A further 29 LAs are also publishing turnaround times of 25 working days or more, but have yet to proactively report significant delays.

The majority of LAs produce searches faster than their published turnaround time with, at the time of writing, only 6% of LAs failing to deliver in line with published timelines.

The slowest local authorities are currently Dorset, Hackney, South Kesteven, Stratford Upon Avon and West Berkshire – all of whom are quoting timescales in excess of six weeks.

The best performing LAs, all of whom have published turn around times of five working days, or less, are Bolton, Bromley, Crawley, Dartford, Lambeth, North Devon and Wakefield.

Some LAs do offer an accelerated service but, at the time of writing, this was under 10% of all LAs and the majority of those that do offer it will charge for it.

It is ironic that homemovers may not be able to benefit from the stamp duty holiday, granted by the government, when one of the factors that could prevent them benefitting rests with a non-ministerial government department to resolve, namely HM Land Registry (HMLR).

Whilst a blog published by HMLR in February 2019 refers to a process that started in the 1980s to start scanning existing forms and records, it is clear that the “200 expert people - including tech leads, developers, delivery managers, service and content designers and user researchers” deployed by HMLR have some way to go before they deliver the long awaited ‘Digital Register’. Some 18 of the UK’s local authorities are still returning searches by post!

How can agents speed the process up?

Ensure that buyers instruct their conveyancer and pay for their searches as soon as their offer is accepted. Advise any potential purchasers viewing properties to select their conveyancer before they make an offer. This will ensure they can act quickly once they’ve had an offer accepted.

It’s also a good opportunity for you to refer buyers to a trusted conveyancer who provides an efficient service.

If you’re working with a panel of local law firms, and successfully referring both buyers and sellers to those firms, you may be able to encourage law firms acting for purchasers to accept searches ordered by the seller when a property is listed.

This can save a lot of time, but not all law firms will be willing to accept searches ordered by another law firm. Furthermore, if the property takes a long time to sell, searches may need to be refreshed or re-ordered once a buyer is found.

Conveyancers acting for purchasers should also take a flexible approach to the search products and providers they use, deploying the fastest solution available, and should, where appropriate, deploy search delay insurance products, which are usually available, when placing the order for Searches,  for a small additional charge.

Sales progression – who should be doing it? ...

Single view of the chain - what does it mean for agents? ...

In early September, mio achieved an industry first with the release...