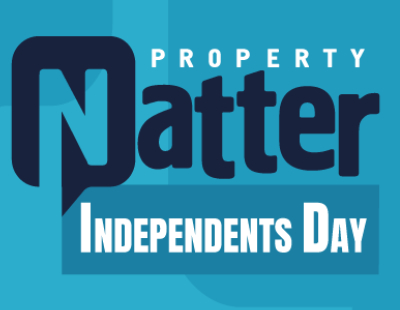 Welcome to part three of our ongoing series on local independent agents, as we seek to give this all-important part of the market the limelight it deserves.

You can see part one and part two here.

Now, without any further ado, let's get down to business.

From agent owner to overseas helper

Patrick Sullivan owns Red Brick along with his partner Jasmina Sullivan and has branches in Coventry, Rugby, Solihull, Derby and Brighton. They have also just started a branch in Liverpool.

The pair run them as virtual offices and now manage 1,000 properties in the UK with 14 staff. The couple took over Red Brick some 10 years ago now.

As well as this, Patrick volunteers as an overseas helper/coordinator in Malawi, where he helps to raise money and look after 15 schools in the country – one of the poorest in the world.

“We travel out at our own expense and use our property management skills to help develop and maintain schools that support some 20,000 children,” he tells me. 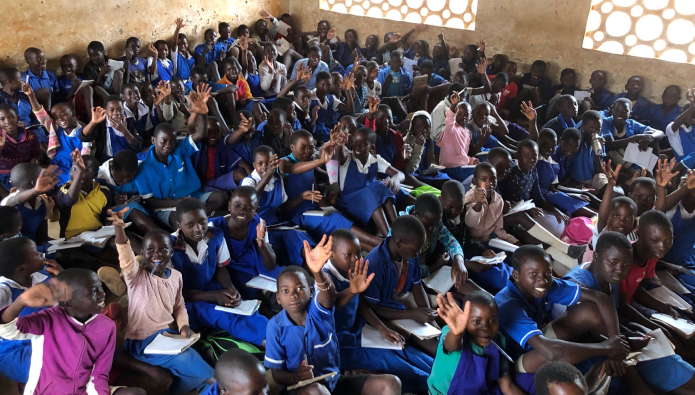 “We help renovate schools which in some cases have not been touched since 1940 when they were first built.”

You can see examples of videos they’ve used on social media to raise monies for the kids here and here.

“We have also developed a solar system that powers a projector and Android tablet to help the teachers. Some class sizes have 140 kids, no desks, no shoes, sitting on the floor. I’m passionate about our work there. We get to utilise our property management skills, contractor liaison and our ability to use social media to help thousands of children.” 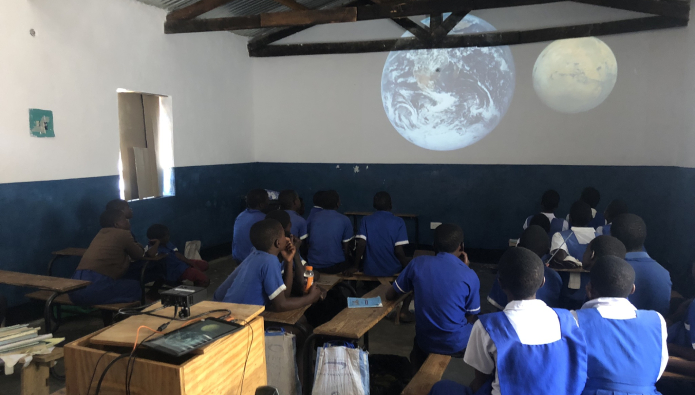 A well-known regional independent, down on the lovely Cornish coast, is John Bray & Partners, founded in 1971 by John Bray and Hugh Knock.

Originally the local postmaster and postman, John Bray was a familiar face to local Rock residents on his rounds.

John was originally asked to be a trusted key holder for some houses in the village, which the owners allowed friends to use for their holidays.

This later lead to the establishment of a holiday letting agency, which later expanded into an estate agency.

From 1978, John Bray was in sole control of the business. In 2019, the estate agency was placed into a separate LLP and is run by Managing Partner Josephine Ashby.

“We are a team of six, working out of our Rock office and covering this popular five-mile area of North Cornwall,” Jo says. “This year we have also taken on select properties in other coastal Cornwall locations.” 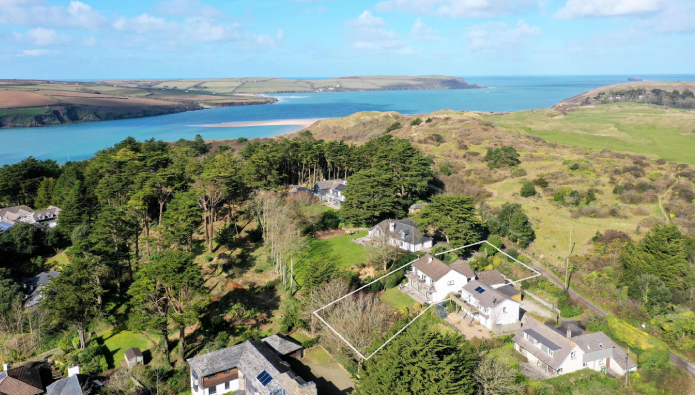 The agency uses Rightmove, OnTheMarket, Zoopla and PrimeLocation to generate business, while social media plays a key role in its marketing, ‘allowing us to interact with potential vendors as well as active buyers’.

“We promote our portfolio as well as the local area, its people and businesses – everything that makes this area special. The ability to share images and video to sell the lifestyle here is so much easier on social media.”

She adds: “Since the lockdown was lifted in July 2020, the property market in North Cornwall has been very brisk, so much so that we have agreed a higher proportion of sales off-market by quickly matching buyers with sellers. Many buyers keep a very close eye on our social media posts, getting in touch at all hours to enquire about properties that are coming soon.”

But what impact has Covid had on the Cornish market? “North Cornwall is blessed with stunning beaches, far less populated wide-open spaces and an enviable outdoor lifestyle, and coronavirus has certainly focused the minds of many buyers about the important things in life. City life is exciting, fast-paced and generally better-paid except when you are in lockdown and cannot enjoy it.”

“During lockdown we filmed video tours and held ‘virtual viewings’ to show property to buyers who could not move around the country. Since we all had to work from home, it soon became clear to many buyers that they could live and work from anywhere in the UK and as Cornwall has high-speed fibre broadband thanks to EU funding, it has opened up the market considerably for re-locaters and long-term renters.”

Next year will mark John Bray’s 50th anniversary, and there have been many changes in that time. But what will the market look like five years from now?

“Estate agency is first and foremost a service industry, so forging personal connections with sellers and buyers has always been and will remain the most important thing,” Jo insists.

“Whilst we have not had as much face-to-face time with clients at our office over the last six months, we have used Zoom, FaceTime, etc, as well as pre-recorded videos and phone calls to stay in touch.”

She adds: “We are already a lean business with one head office, but our bricks and mortar branch may well evolve into something quite different over time. In the future, communication, data sharing and marketing is going to be even more important, especially given the speed at which property has been transacting.”

“Successful agents will need to be able to adapt to change, remain nimble and cost-efficient, approach challenges with creativity and flexibility, all while keeping pace with and harnessing the benefits of new technology.” 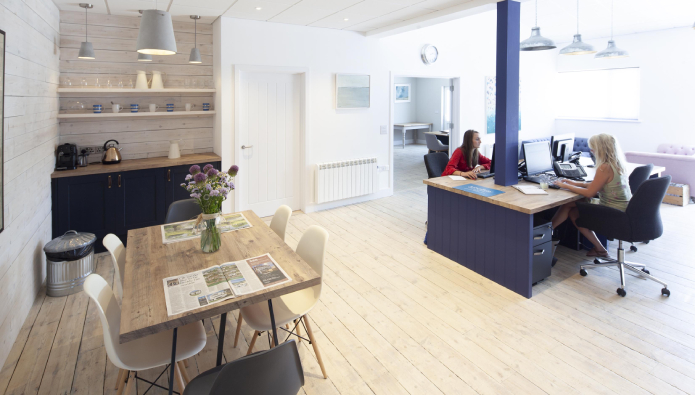 As you might expect of a long-established, well-respected regional agency, John Bray is firmly embedded in its local community.

“We regularly support local grassroots charities, schools and organisations and recently helped to set up a North Cornwall fund through the Cornwall Community Foundation to support this further,” Jo explains. “Paradoxically, Cornwall has some of the wealthiest and poorest towns and villages side-by-side and as we turn 50 next year, we are planning on doing even more to support our community.”

Keeping it in the family

Northamptonshire-based Prime Choice was founded in 1992 by Mengistu Ghile – originally opening in Rushden in 1992 followed by Kettering in 1996. It has remained an independent, local, family business since it started and is fast-approaching its 30th anniversary.

It’s now run by Amaniel Ghile, Mengistu’s son. The business has always focused on property management and lettings (although there is a sales team, too) and was one of the first to offer full management services in the area. 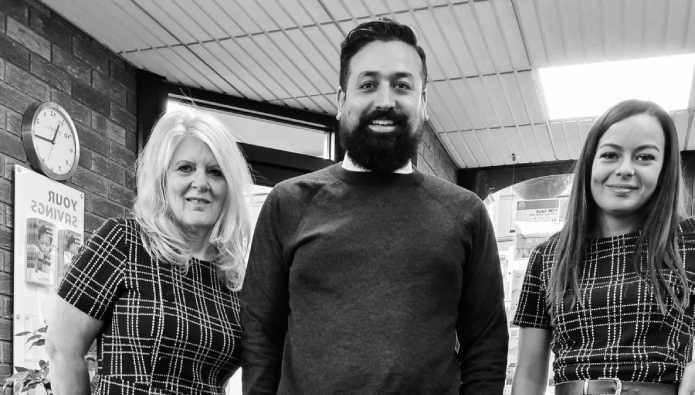 It has 10 staff across its two branches and has received plenty of positive feedback from its customers over the years, some of which can be seen on its website.

“I think I can personally say, that as an independent agent that has been lucky enough to keep most staff long-term, a lot of our clients forge strong bonds with our teams,” Amaniel told me. “We have many landlords that have been with us since we started and one of our tenants has been with us since 1993.”

The agency uses Rightmove and OneDome currently, but in the former case not entirely happily.

“If I’m direct, I don’t think Rightmove offers value for money (which is something I’ve discussed with multiple account managers). It is one of our largest expenses but until recently has seen very little innovation or change,” Amaniel explains.

“When you look at other industries, we as the client supply all of the content that grows their business. Whereas other platforms such as eBay, YouTube, etc, provide income to their content creators as opposed to charges, we seem to constantly (until the pandemic) be penalised with annual increases.”

He says it’s also disappointing that so many valuable tools that they could offer have been put behind paywalls over the years.

“It’s very rare that we ever receive new clients via Rightmove, when really, it should act as a tool to help grow our client base. It can be argued that they provide the leads for occupying properties, but we still generate a healthy amount from other avenues,” Amaniel insists.

“I will be interested to see how Boomin and other competitors progress over the coming years. I had quite a positive experience with OnTheMarket’s trial, which did generate a healthy amount of leads, but I still think Rightmove’s brand awareness is currently most attractive to clients. Until that changes, it would be difficult for me to consider leaving.”

Lastly, Liverpool-based Bluerow Homes got in touch via Twitter to tell us a bit more about the agency with a central office opposite the city’s iconic Albert Dock.

It was established in 2008 – the same year Liverpool was crowned European Capital of Culture, widely seen as the start of its comeback as one of the UK’s foremost cities after the destruction and neglect it suffered for decades beforehand.

The agency was founded because of a gap in the market, with the Bluerow team determined to provide award-winning, highly personalised customer service for its clients.

It has one big office set-up in the heart of the city, but covers the whole of the centre and the surrounding areas as well. Rightmove and Zoopla are its choices from a portal point of view, while it turns to LinkedIn, Twitter, Facebook and Instagram to get its messages and name out there.

Once again, excellent answers everyone – great to see such a geographical spread of agents, stretching from Cornwall all the way up to Liverpool.

Stand by for part four of this series next time out. Until next time…

Property Natter - backbone of our industry – the London way ...

Many independents will be based in the capital, but given its...

Property Natter: How to improve your agency - a view from the inside ...

For my latest Property Natter I have sought the opinions of...