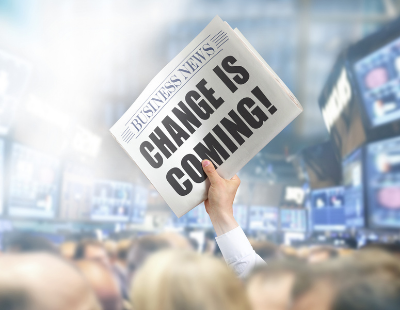 With property transactions taking longer than ever and many people operating at capacity, it is easy to overlook the progress made, in the last year, to drive improvements to the home purchase process.

Below, I summarise just some of the initiatives likely to influence the home purchase process in the future.

There is growing acceptance that increasing the quality and level of upfront information available to purchasers can reduce transaction times and fall throughs. Many of the larger estate agents quietly introduced measures, pre-pandemic, to ensure properties were contract ready at SSTC but numerous businesses including Gazeal, Teal Legal and Sprift are now making good headway in bringing forward the collation of detailed property information to the pre-listing stage.

That information goes well beyond the level of detail currently required by the consumer protection regulations, but the very recent launch of the National Trading Standards’ review of what constitutes material information is only likely to increase demand for meaningful upfront information.

Digitisation of the Land Registry

Progress has been steady; some would say glacial; with under 5% of LA’s data transferred as of January 2020, but with data due to be transferred from five additional local authorities in the next six weeks, the project appears to be gaining momentum.

The need to carry out multiple anti-money laundering (AML) checks throughout the home purchase process has long been a bugbear for both professionals and consumers. The lack of a standardised process has also undoubtedly been a weakness in the system, enhancing the likelihood of costly and emotionally distressing property frauds.

March 2021 marked the release of the official guidelines for the Digital ID standard (safe harbour) which marks an important step towards a single, digital AML check at one point in the process, reducing inefficiency and risk and improving the consumer journey.

In July 2020, HM Land Registry announced that it would accept ‘witnessed electronic signatures’ to enable individuals to sign legal documents. This marked an important first step towards removing some of the bureaucracy associated with the conveyancing process, although take up amongst conveyancing firms has been slow. Work is continuing the introduction of qualified electronic signatures which verify the signatory’s identity prior to signing, removing the need for a witness.

Rather more controversially for some, February saw the government unveil a trust framework for its proposed digital identity system.  If – and it is a big ‘if’ – the system is successfully launched (the scheme won’t be mandatory) it will not only simplify the AML process, but it will also significantly reduce the £3.3 billion the UK is estimated to spend per annum on manual offline identity proofing.

Affordability in certain parts of the UK has, for many years, posed a significant barrier. The early months of lockdown saw many lenders removing higher LTV mortgage products from the market.  This trend gradually reversed over the latter quarter of 2020 but 95% LTV product availability remained limited so the launch of the government’s mortgage guarantee scheme, which many of the UK’s largest lenders including Santander, Barclays, HSBC and NatWest have signed up to, has been almost universally welcomed.

It is also encouraging to see lenders such as Nationwide, who on the 20th of April announced the launch of the ‘Helping Hand’ mortgage which enables first-time buyers to borrow 5.5 times salary, addressing the issues of earnings multiples.

In the short-term, it is likely that increased product availability will only add fuel to an already overheated property market, but it is at least encouraging to see that the government’s ‘Generation Buy’ campaign, which aims to create an additional two million owner-occupiers, is delivering more than just a vague set of pledges.

Data sharing and the shared view of the chain

The ‘single view of the truth’ in relation to the view of the chain has long been heralded as having a significant role to play in speeding up transactions. Providing that view relies on three key components – building the chain, updating the chain and sharing the chain. Collectively, businesses like mio and Coadjute are starting to make serious headway but what is often overlooked is the importance of the data that populates the view being accurate and trusted.

Many estate agents have had access to automated updates on conveyancing progress for several years through platforms like tmgroup’s tmconnect which is fully integrated with mio. However, a lack of trust in the accuracy of the update or a failure to seek out the update still results in numerous, often unnecessary, phone calls and emails to conveyancers.

Building trust and genuine collaboration between the parties to a transaction remains critical and whilst technology can deliver the solutions, changing human behaviour could take much longer.

Reading the comments under the articles in the trade media is a good, if rudimentary, measure of how collaborative (or not) our industry is, so I was encouraged to see a marked change in the tone of the comments under a recent article on upfront information. Whilst the comments were constructively challenging, and rightly so, they were all broadly supportive.

It would be misleading to state that this marks a wholesale move towards more effective collaboration, but it is encouraging to see groups like the Home Buying and Selling group driving the various industry sectors to work more effectively together and awards ceremonies such as the ESTAS and the British Conveyancing Awards championing and celebrating collaboration. Have we finally woken up to the fact that we will not improve the home purchase process by working in silos?

So why do transaction times continue to increase?

Right now, the minority rather than the majority will be benefitting from many of the changes referred to and whilst one node in the chain might run like clockwork, that’s no good if all the other nodes run at the pace of a dysfunctional steam train.

However, as an increasing number of businesses recognise that these changes make commercial sense, whether the return on investment comes via efficiency, faster pipeline turnover or reduced fall throughs, the rate of adoption will increase as will the demand for all organisations within the supply chain to get on board.

I’d also expect to see increasing pressure applied to regulators to play their part in supporting, rather than blocking, progress and recent evidence also suggests that the government are prepared to get more involved in driving change.

Granted, we are still some way off the nirvana of transactions being run through a fully integrated ecosystem but as one industry commentator said last week “it feels like we are on the precipice of enormous change.”

Click here to find out more about mio today.

The findings of the new ‘Thriving in a Pandemic’ report, recently...

Heard the one about the agent, the conveyancer and the surveyor? ...