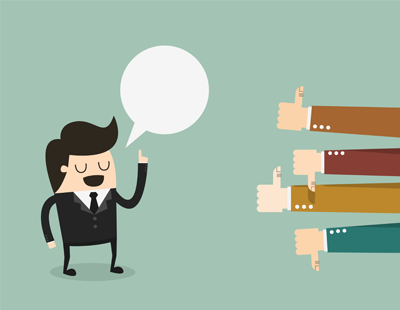 One of three schemes with government backing to offer redress for complaints about estate and letting agents has reignited the debate about the future of the service.

Ombudsman Services - which back in February announced it would stop handling complaints about agents, complaining about ‘a broken housing market’ - has now issued details of research saying the current redress system across all aspects of the housing sector is failing consumers because it is too complex and confusing.

It claims there are nearly 40 services, charities, advice groups and trade bodies involved in redress across agencies, house-buildings, rental standards.

“Redress in the housing sector is far too complex, with overlaps and gaps that make it virtually impossible for consumers to get complaints resolved. Our research shows the vast and baffling patchwork of schemes that people are faced with when they have an unresolved complaint. The current system is fragmented, complicated and ineffective. Consumers deserve better” says Matthew Vickers, chief ombudsman designate at Ombudsman Services.

The organisation says there should be just one single ombudsman for all aspects of housing – an idea that was put forward in a Ministry of Housing, Communities and Local Government consultation earlier this year.

“By following the model used in energy, where strong regulation is backed up by a single ombudsman and effective advocacy, redress in housing could be transformed for the better. Our research shows that the vast majority of the public support this approach” says Vickers.

In a recent OS survey, seven in 10 respondents said they found the current system for making a housing complaint confusing, while 55 per cent didn't know where or how to complain.

The All-Party Parliamentary Group for Excellence in the Built Environment has recommended the creation of a New Homes Ombudsman and a single consumer portal, which would signpost consumers to multiple redress schemes.

OS argues that the creation of such a portal would fail to address the fundamental problems with the current system.

Since the government’s advocacy of a single ombudsman service for housing, there has been a subtle rivalry developing between OS and The Property Ombudsman, which has also said it wants to be the sole provider of a service when the government acts on its pledge to reduce the current number.

Ombudsman to hold Rightmove webinar as redress race hots up ...

The Property Ombudsman, Katrine Sporle, is to hold a briefing on...

Redress scheme admits some agents may have missed 'quit' deadline ...

The redress scheme which formally quit the housing sector admits some estate...