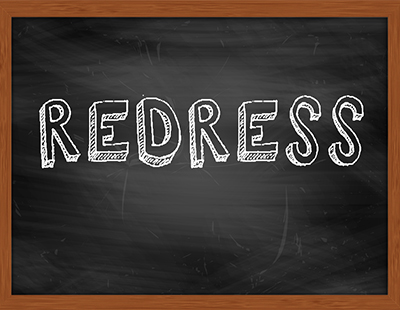 The industry’s three government-approved redress schemes have this week issued an updated version of their Memorandum of Understanding (MOU).

The MOU is designed to support communication between the three schemes - The Property Ombudsman (TPO), Ombudsman Services: Property and The Property Redress Scheme - where relevant.

Any agent that has an outstanding award with one scheme will now not be accepted by another until that award is settled.

What's more, if an agent is expelled from membership by a scheme due to a breach of its Terms of Business, the MOU will now allow for total transparency and the sharing of information with the press, property portals, The National Trading Standards Estate Agency Team (NTSEAT) as well as the expelled agent’s local Trading Standards office.

"‘Naming and shaming’ expelled agents that have not fulfilled their obligations and are not able to legally trade is in the public interest," explains Katrine Sporle, the Property Ombudsman.

"The scheme responsible for expulsion will provide consumer protection by publicising the news via their website and other media outlets, and will inform regulators within the industry.”

Sean Hooker of the Property Redress Scheme says that 'close cooperation' of the three schemes will help to ensure that the consumer is protected from poor industry practice.

Spokesperson for Ombudsman Services: Property, Lewis Shand Smith, adds: “The strengthened Memorandum of Understanding should send out a clear signal to all agents that the redress schemes are working collaboratively to drive out poor practice in the industry.”

“This is good news for tenants who can be confident that our strong working partnership means we are acting together in the interest of all consumers to provide greater protection.”

Other revisions to the MOU relate to the transfer between schemes. These include:

- To clearly define the actions required if an agent makes an application to one scheme having previously been a member of another, but there are ongoing complaints.

- To identify who is responsible when a company changes redress schemes, but a complaint arises where issues occurred during membership with the previous redress scheme.

Last month The Property Ombudsman scheme announced that it had expelled two letting agents after complex investigations into their wrongdoings.

Katrine Sporle is to be the new ombudsman at The Property...