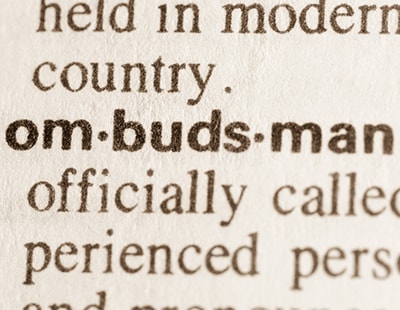 Have you noticed a new turf war going on on the fringes of the agency world?

It’s not a high-profile battle like ZPG-OnTheMarket and it has avoided the press release war that surrounded the ultimately-fruitless Belvoir-Property Franchise Group merger talks.

Even so, there is a gentle rivaly hotting up between different Ombudsmen as the government’s bid to shake-down the redress sector gathers speed.

For those who haven’t spotted the story, here’s where we are up to.

There was a time when The Property Ombudsman was the only property redress show in town, with help from the Royal Institution for Chartered Surveyors’ mediation service. But in the early 2010s this expanded to have TPO, Ombudsman Services Property and the Property Redress Scheme - all offering roughly similar complaint handling.

Fast forward to November 2017 when Housing Secretary Sajid Javid said the government was unhappy with how redress was handled across the property industry - not just in relation to agents - and would kick off a public consultation on the issue in 2018.

“We’re looking at bold options ... including whether housing, like other sectors, should have a single ombudsman. This could help drive up standards across the whole industry and increase protections for consumers” Javid said at the time.

Then things began to accelerate.

Last month, perhaps second-guessing that this formal consultation would launch soon, the not-for-profit Ombudsman Services announced it was quitting its role as a redress body for agents because the housing market was (yes, you can guess the word) “broken”.

A few days later Javid make an unexpected announcement - on a Sunday - kicking off that redress consultation and promising that any eventual ‘new’ Ombudsman would cover the whole of the housing market including the new build sector and including tenants who rent directly from landlords who do not use agents. The government pledged, as it seems to do quite often these days, to “name and shame” offenders once a new system had started.

The next development was a speech to the National Association of Estate Agents’ conference by Katrine Sporle, The Property Ombudsman - easily the biggest redress scheme for agents and, of course, a rival to Ombudsman Services. Sporle told agents that her organisation wants “to put our money where our mouth is and say we should be the single Ombudsman for the sector.”

Not to be outdone, Ombudsman Services this week launched ‘Building Balance’, an exercise described by the organisation as “a dialogue being run to look at how consumers can be better protected by improving how complaints are handled in the housing sector.” It will mirror pretty much the exact boundaries that the government wants the eventual single redress operator to preside over.

So there we have it: there are at least two contenders for the government’s new ‘property super-Ombudsman’ role. There may be a third in the shape of the Property Redress Scheme - the final and perhaps least well-known of the current agency redress schemes -  although it has not yet given its view about the government’s proposals.

On paper and for agents in particular, TPO is clearly the best known and most widely used of the three agency-focused redress operators. It’s been going for 28 years, has most recently received over 14,218 enquires in a year - over 3,500 of them regarded as formal complaints that it has investigated - and it has recently started working with the Chartered Trading Standards Institute to clamp down on rogue lettings agents,

However, while Ombudsman Services’ operation in the world of property is far smaller, it actually has a much larger infrastructure with separate divisions that handle complaints for many other sectors including the highly competitive energy industry, the equally-fraught communications sector, and copyright issues. It’s less well known to the property world than TPO, but it has expertise that might impress politicians who want a proven one-stop-shop handling a wide range of property-related complaints - not just those about agents.

There is no deadline released by government suggesting when it will confirm that there will be just one Ombudsman for all of the property sector, and therefore no commitment to when the ‘winner’ will be chosen. My guess is that we’re talking at least 2019 before the new system would come into effect - and perhaps 2020 might be a more likely timescale.

Until a choice is made, expect the rather polite rivalry between TPO and Ombudsman Services to escalate: and if you don’t like that prospect...well, you can always complain.