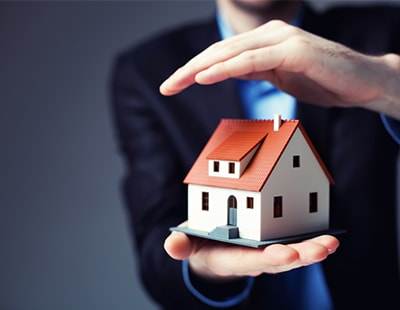 The banning of letting fees levied on tenants has dominated the industry headlines in recent months but this election campaign suggests the real issue for the next several years may be something much bigger - reform of the entire house buying process.

Amongst the major political parties only the Conservatives have put such substantial reform into their manifesto. But this follows the government’s call last year for evidence about improving the process; now the Conveyancing Association has weighed into the debate with a substantial piece of work outlining ways that transaction can be quicker, easier and most of all more consumer-focussed.

Assuming a Conservative victory on June 8, my guess is that this issue may be the big one for our industry for the next five years, if politicians can focus on issues beyond the long Brexit negotiations.

As a journalist it is interesting talking to agents and others, often off the record, who appear to be of one mind - they admit the current process is too slow, too cumbersome and now bogged down with almost too much information (a survey on contaminated land prone to flooding 300 metres away from the home being marketed, anyone?)

So, from an informed journalist’s perspective, where are the areas that the process could be simplified or digitised or improved - or, indeed, all of these and more?

1. Ensuring buyers and sellers are as prepared as possible: There is little scope for compulsion here. But should, for example, agents refuse to accept instructions to sell from vendors who have not already instructed conveyancers and have a mortgage for their ongoing purchase (if that is what they are going to do)? Should the process change to allow only buyers with mortgages and conveyancers in place to make offers? Should all vendors have to complete information questionnaires pre-sale, to save time?

2. Should offers, when accepted, be backed by non-returnable deposits? It is the case in some other countries, with strict definitions for structural problems which at that stage form the only way out of the purchase without losing the deposit.

3. Up-front information (i): Some of this was behind the unpopularity of HIPs, but is there really no way of having a survey considered ‘neutral’ and acceptable to both vendor and purchaser? Or is the problem really with the ever-cautious solicitors who do not want to incur the risk of having a client agree to something that (s)he has not commissioned?

4. Up-front information (ii): Can there not be an agreed list of search ingredients, with insurance options? This would mean all parties would know at viewing stage about the seemingly-inevitable proximity of flood plains, contaminated land, chancel repairs and other issues that currently add time and frustration at a later stage - and as a result give nervous buyers more opportunities to pull out? Can there be a legal time limit on search authorities to provide information within an agreed, nationally-uniform maximum period?

5. Should EPCs and other sale-related surveys have a longer shelf life? It’s not uncommon for some homes to take many, many months for sale - one problem with HIPs was that some elements expired after, at most, six months. A longer shelf life would mean sellers would not have to pay twice, or even three times, for an EPC or other elements of the pre-sale material because their home did not find a buyer.

It’s perhaps time for the industry to start thinking about these issues: the Conservatives have proved in their approach to buy to let that they are no longer the ‘hands off, market will decide’ party. Instead they are keen to intervene and in some cases micro-manage.

After June 8 they may well do exactly that with the house buying process, citing a mandate for change: if the industry doesn’t produce ideas, a new government may do so instead.