Since we last spoke, the ESTAS – the biggest and best property awards ceremony in the UK – has been and gone, with a record number of people in attendance and a record number of selfies with Phil Spencer. Congratulations to all those who won awards on the day.

Including ValPal, who won the (rather wordy) ‘Supplier of the year 2017 - Best in sector (Valuation tool)’ award. Big pat on the back to The ValPal Network team and everyone at Angles Media; a very proud moment for us all.

As usual, a great event which was full of networking and, ahem, drinking opportunities. It allowed those hard-working guys and gals who make the property industry tick to let their hair down, celebrate their achievements and enjoy the lavish surroundings of the Grosvenor House hotel. Same again next year? You betcha! 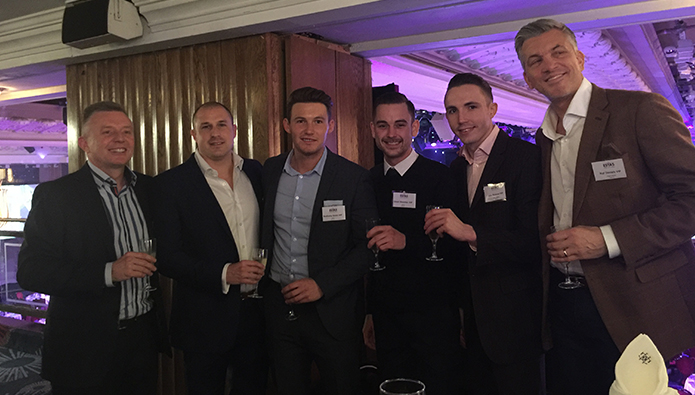 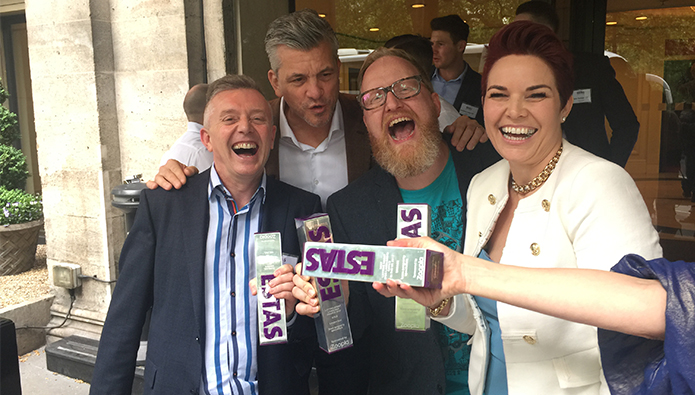 While we’re on the topic of ValPal, we’ve spent a lot of time and effort to ensure that the implementation of our valuation tool onto an agent’s website is as seamless and cost-effective as possible. Using an agent’s own website sub-domain, for example valuation.agent.co.uk, ensures the agent doesn’t lose any ‘SEO juice’. Set up from the web developer should take no longer than one hour and therefore incur a minimum hourly charge. Here at ValPal we are aware that some web developers appear to be charging in excess of this rate, something which we believe should be questioned. Agents shouldn’t be held to be ransom over this – pricing should be fair, reasonable and proportionate.

Last Thursday I attended the London regional meeting of The Guild of Property Professionals, held at The Kia Oval (home to Surrey County Cricket Club and a regular host of English test match cricket and T20). It included a great opening address by Iain McKenzie, the Guild’s new CEO, talking about how ‘we are all online agents, not DIY agents’. In other words, any agency worth their salt will have a strong online presence in this day and age. To not do so – to not have your own glossy, interactive and user-friendly website or up-to-date social media accounts - is to be left behind by the competition.

Interesting presentations from Goodlord, a lettings transaction platform used by hundreds of agencies across the UK, and reviews website Feefo followed, while Stuart Penney from digital consultancy Moneypenny Digital (as you’d expect, Bond plays an integral part in their branding) got the crowd going after lunch with a good old-fashioned Mexican wave (or should that be an agentwave?). Click on the picture below if you’re a bit baffled. 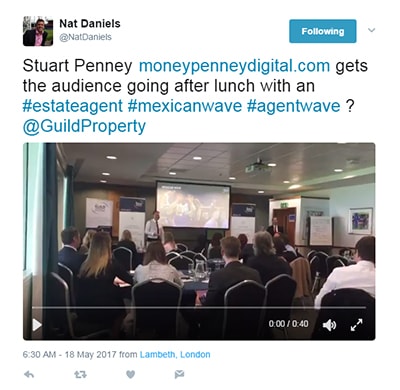 It’s always an interesting, fun and informative event to attend, with some of the key innovators of the industry in attendance. I look forward to the next one and an encore of the agentwave.

I also did a short video interview with Property Technology, a firm which enables consumers to book viewings 24/7, about how agents need to be putting the right call to action on their websites to effectively target clients.

Purple is the magic colour

Is it just me or has purple become the most fashionable colour of late? Love them or loathe them, Purplebricks certainly stand out, thanks in large part to distinctive purple branding. It’s not just Purplebricks, though. Haart also take the purple and white approach and TfL’s recent advertisements appear to be featuring the colour purple plenty.

Of course, purple as an effective branding colour is nothing new – NatWest, Hallmark Cards, Yahoo, E4, Zoopla and Cadbury have been utilising it with great success for many years – but why do people choose this colour over others? On a basic level, purple is a distinctive, memorable colour which is bright and attractive without being garish. Apparently, according to the experts, people associate purple with royalty, mystery, pomp, ceremony, majesty, creativity and uniqueness. I’m sure Purplebricks would agree with all that, but others might not!

Once upon a time, the colour purple was the most costly to reproduce, which means it is often viewed as an elitist colour. At the same time it has a softer, calmer feel, which is why it is often used in the branding and packaging of toys, sweets and goods targeted at kids. It is, in other words, a very versatile colour, which helps to explain why such a diverse range of brands – from major banks and portals to confectionery giants and search engines – use it.

The future of agency?

Interesting to note that Bairstow Eves, one of Countrywide’s most high-profile brands, is now offering an online service alongside its traditional high street offering. Bairstow Eves, recognisable for its red, black and white branding, has its roots dating back to 1899 and now has more than 100 offices throughout the UK, mostly based in North London, Essex and Hertfordshire.

It’s offering vendors the chance to sell their home from £995, giving people the opportunity to manage the sale of their home, their way. It’s not replacing the high-street service, which is still on offer, but seeking to offer customers a choice –a new online service or the traditional high street branch approach. Much of what’s included in the high street service is also included in the online option, with property displayed in Bairstow Eves’ high street branches and featuring prominently on all the major property websites, while the progress of a property sale can be managed and tracked online.

However, the online service is nowhere near as comprehensive and vendors, as you would expect, have to do more themselves. Viewings are conducted and managed by the seller, not the agent, while sellers are also in charge of accepting, rejecting or negotiating offers. Support from the agent is still there, in the form of videos and guides to aid people through the sales process, as well as an initial email sent from Bairstow Eves to their extensive list of potential buyers to introduce the property and get the sales process rolling.

The online v traditional debate causes plenty of division and heated debate, but could this be the future? For me, this is what a hybrid is all about – an agency offering both a traditional and online service to consumers. While Purplebricks and others might count themselves as hybrids thanks to their local property experts, they are primarily online-based and they don’t have a high street presence. We hear a lot about the hybrid approach being the future, and the fact that such a high-profile agent has taken the step of providing both an online and traditional service suggests we could be seeing plenty more of these dual approaches in the future.

Bairstow Eves isn’t the only Countrywide brand to launch such a service; in June last year it was announced that Spencers, Austin & Wyatt and Frank Innes were all piloting a scheme which offered buyers and sellers the chance to use an online service, a traditional high street branch or a combo of the two. All three brands offer an online service which allows vendors to sell their home their own way (costing £995 and £795 respectively).

YOPA, which has received strong financial backing from Savills and the Daily Mail since launching in 2015, is another firm keen to enter the hybrid agency arena. Founded by Daniel Attia, along with co-founders Andrew Barclay, David Jacobs and Alistair Barclay, YOPA currently has a network of 75 expert local agents but is eager to recruit many more.

The estate agency, which rolled out its humorous, Village People-inspired TV adverts in September last year to try and increase its appeal, recently announced that it raised £15 million in a new round of funding, led by Daily Mail and General Trust plc (DMGT) and also including further investment from Savills. It is looking to recruit some 20-30 agents per month and at least double its network of local estate agents by the end of 2017 to compete with Purplebricks. The recent appointment of Gav Thompson, who previously worked for Paddy Power and giffgaff, was designed to drive forward its next phase of growth.

It’s certainly got the backing of some big industry beasts and, thanks to its TV ads, has already achieved a good level of brand awareness. One to watch out for.

That’s that for this week…Until next time.