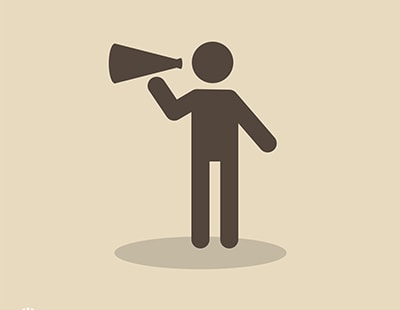 There’s good and bad in every industry and at first sight, this week has been one where the good have won out.

Securing a pledge from government to introduce mandatory Client Money Protection is the result of a long campaign from groups like ARLA, SAFEagent, NALS and others.

They deserve hearty congratulations: the fact that industry has run so far ahead of government in demanding regulation speaks volumes for its integrity and decency - characteristics often overlooked in these days when letting agents and landlords are demonised.

However, I sense a new problem for the image of the industry creeping up on us.

It is, in effect, the ‘gaming’ of advertising rules by a very small number of agents who can be confident that (a) they will probably not be caught and (b) even if they are found out, they will get nothing more than a slap on the wrist with relatively little adverse publicity.

I’ve had a count-up of the number of stories I’ve written in the past two years on agencies whose advertising campaigns have been subject to intervention by the Advertising Standards Authority (yes, really, I don’t get out much). On Estate Agent Today alone it’s been over 50 stories in two years - so an average of one instance a fortnight where an agency has been investigated, even cursorily, by the ASA watchdog.

As regular readers of EAT’s Breaking News will know, these investigations fall into two categories. The first, and very much the minority, is where an agency’s ad is formally banned by the authority - the agency is forbidden to run it again in the format.

In some instances this is because the firm has been putting out blatantly inaccurate information but sometimes it’s a much more nuanced problem: the results of data quoted may be genuinely arguable or an agency may be genuinely convinced it is the biggest, busiest or fastest and wanted to say so - even if that was later proved inaccurate.

In other words, the agency may genuinely feel it’s been expressing accurate information and, when approached by the ASA, has stood its corner and argued that it should be able to publish, print, broadcast or set out online what it believes to be right.

The price the agency pays for arguing its case (rather than simply saying ‘OK’ to the ASA and dropping the offending statement) is that is risks having its ad banned outright - this is the only course of action the ASA has when its intervention is disputed, and it sounds dramatic when reported on Estate Agent Today or a local newspaper in an agent’s patch.

However, the majority of complaints are - controversially - ‘informally resolved’ by the ASA, usually after the authority has been in touch following a complaint. The disputed wording on a website, flier, print advertisement or portal is duly changed, the agency concerned promises never to repeat the claim, and ‘informally resolved’ is stamped on the case.

Aside from stories in the trade press, this result gets very little attention.

The problem is, as I look through those 50 or so stories over the past two years, there appears to be growing cynicism in the responses of the agencies pulled up by the ASA.

Perhaps I’m being overly suspicious, but it seems as if some of the agencies know they’re telling porkies yet assume they may not be caught. And if they are caught, so what?

They simply agree not to repeat the offence and that’s the end of it - while all the time, their original disputed claim has already appeared in an advertisement, been put up on a billboard, shown on a website or has gone through a neighbourhood’s door.

Of course it’s not a one-way street. Some complaints about agents’ advertisements are at best tenuous and sometimes spurious: all credit to another industry publication, The Negotiator, for debating this recently in regard to an agency ad which was removed from an underground station in north London following a complaint from a member of the public.

But if you look through the ASA stories on EAT, you may see my point: that is, some agencies are gaming the system, banking on not being caught but knowing that even if the call comes through from the watchdog, there are likely to be very few consequences.

After the campaign against portal juggling, perhaps this is the next issue that should have some light thrown on it...

The man who polices the agency industry - an exclusive interview ...

It’s clear that some agents are not fans of Trading Standards...