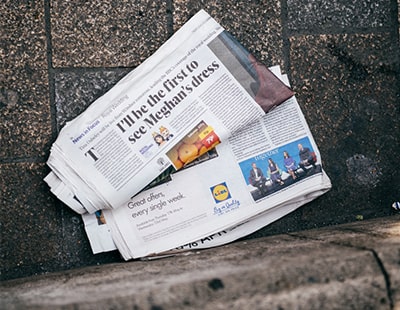 It’s that time again. Each year I take a look at newspaper readership - not from the angle of journalists, but raising with the agency industry whether it’s worth advertising in print anymore.

You can see similar proportional declines for all other national dailies: the lowest circulation of all is The Guardian, now just 134,443.

But my interest here is in local newspapers, where estate agents have traditionally been the cash cows in terms of advertising.

Here are the headlines:

-    Weekly local newspaper readership fell dramatically once again in the second half of 2018, the latest figures available;

-    Amongst weekly titles most circulation falls were between 10 and 20 per cent but notably the Folkestone Herald’s readership collapsed 57 per cent and the Brentwood Gazette fell 56 per cent. The Durham, Chester-Le-Street and Consett-Stanley Advertisers also each fell over 50 per cent;

-    Of around 100 titles monitored by circulation body ABC and the UK Press Gazette, only a handful showed circulation increases, and these were not above 1.0 per cent.

-    Daily local newspapers fared no better, with the Ipswich Star dropping 37 per cent year on year; the Cambridge News was down 34 per cent;

-    Larger circulation dailies, like the Yorkshire Post, Manchester Evening News and Wol-verhampton Express and Star, all saw declines of 10 per cent or more.

-    There are other signs of decline, too. The managers for Boris Johnson, on his first trip to Wales, declined to give any time in his visit to local media although the visit was exten-sively covered on national broadcast media; like Johnson’s trip to Oxford was again shadowed by a TV crew but did not allocate any time to local newspapers.

The question is very obviously: is it still worth advertising in the local print medium at all?

Newspaper sales reps would say yes and would frequently draw attention to fast-increasing online readership. And of course, we all read a lot online, including this story. But here, too, newspaper title websites are seeing declines.

In the year to November 2018 (again, the latest data available) at a national level the Mail Online saw a 16 per cent drop in the daily average unique browsers, while the Sun saw a 12 per cent fall and the Metro an 11 per cent drop.

There is little data available for the readership of local newspaper websites, although an-ecdotally this is thought to compensate for much of the print collapses year on year.

However, the big growth in online readership is in news and other websites that are NOT run by newspapers and that are NOT ‘curated’ in the old-school way of The Times, The Guardian or the trusted local newspaper.

These days, online readers go to websites without any print heritage - the Huffington Post, Buzzfeed and scores of others.

But speak to agents who advertise and many admit they do so only because rivals do the same: you sense that if a few pulled out, they all would.

Don’t get me wrong: I say all this with a hint of sadness because I, too, like newspapers. But there must be a big question mark for agents faced with hefty portal bills, business rates and staff costs as to whether they want to spend money on print too.

Property Natter – how did agents advertise in the pre-portal days? ...

In the last few Natters I’ve focused on the slow death...