Rents in your region, how do yours stack up?

Since 2017, The DPS has used the data we collect to track the rental values... 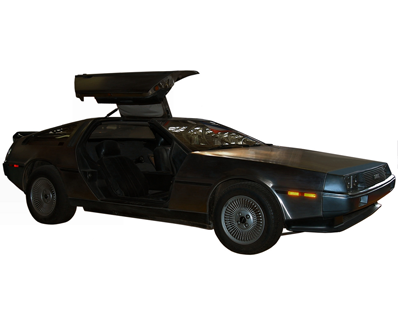 On Wednesday 21st October future and reality will collide. Back to the Future’s Marty McFly will arrive in the DeLorean to sort out the domestic difficulties of his future self’s family.

It is a shame, that on his return to 1985, he did not report back to Kenneth Baker, the newly appointed Secretary of State for the Environment about the dismal condition of the UK housing market in the 2015 future.

So what has changed since the days when Comic Relief screened for the first time, Shakin’ Stevens was Christmas No1 and Madonna was just kicking off her career? The readily suggested answer would be that we were building more houses back then.

Despite this, we have clearly travelled through time into a housing pickle. In Q3 1985 the average UK house price, according to Nationwide, was £34,700. This compares to a current average price of £195,733, over five times the 1985 Back to the Future value. In real terms values are almost 60% ahead.

The explanation, of course, is that there are more households, although for the most part not for the reasons some would have us believe. One significant component is our ageing population a characteristic common to most developed nations. Over 65s accounted for 15% of the UK population in 1985 compared to 18% today. Not a big difference on the face of it except when one considers population change over that period. The current population of nearly 64.6 million includes 11.6 million over 65s, over 3 million more than in 1985.

While there has been growth across all demographic segments in the UK, it is the expansion of the over 65s age group which is most notable. The population addition of this age group since Back to the Future was screened amounts to the population equivalent of almost a quarter of the size of London. The reasons for this are well rehearsed.

Of course we hope, for all our future sakes, medical improvements will continue and we will cheerfully add to the demographic bulge over the coming decades.

It is therefore a wonder, or more so a scandal, that more strategic planning does not take place with respect to the life cycle of housing requirements and desires. This is not about care homes. I suspect more over 65s have the time, energy and money to ski, surf and generally have fun than their under 65 counterparts who have children, mortgages and work with which to contend.

I also suspect there is a denial amongst many that they will ever have to tick that ‘over 65’ box. Planning consultants will tell you that the objection of ‘too much ambulance noise’ is regularly leveled against planning applications for care homes. Shame on us.

A more positive outlook on housing needs and desires in the latter stages in the housing lifecyle is needed. The choice as we age should not be binary: stay in a home too big for us or move into a retirement village. There are so many ways we might want to live (and work) throughout our older years. This may of course include housing younger and older generations for longer. Even bigger houses, or perhaps communes, might be needed.

This is of course an issue for public policy, the planning system and the financial services sector. But also one for all of us involved in the residential market, whether in the second hand or new build homes sector.

What is the business model to serve older vendors and buyers, investors or renters? This group is not only the fastest growing it is also the most capital endowed. Surely it extends to more than attractive older people in newspaper adverts.

If Marty McFly went another thirty years ahead into the future to 2045 he would find a quarter of the UK population over the age of 65, hopefully with skis and surf boards on their flying DeLoreans. It would be nice to think that he would find a housing market that is fit for purpose by that point, although at the moment hoverboards appear more likely.

Inventing the web needed vision; isn’t it the same for development? ...

This week, 25 years ago the world's first website went live...

In case we didn’t learn the lesson last time around, we...