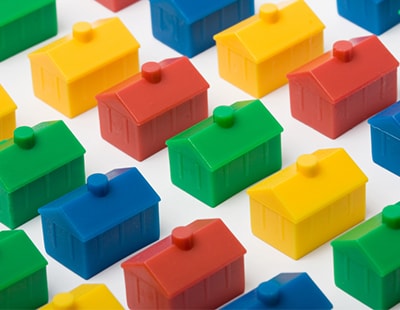 It appears activity in the housing market in 2017 will be around 15% down on 2016. The number of housing transactions dipped to their lowest level for eight months in June (ONS), while the number of mortgages approved for house purchase moderated to a nine-month low (CML).

The Council of Mortgage Lenders (CML) believes activity will slow for the remainder of 2017 given recent trends in mortgage approvals. The Bank of England has similarly revised down its estimates for lending. On this basis it is looking as though 2017 will see around 1 million transactions this year.

This compares with just over 1.2 million occurring in each of the last three years. Or, to put this in a longer term context, there were almost 1.7 million housing transactions in the 2006 peak (ONS). Activity is 40% lower than at the peak of the market.

This subdued picture is perhaps to be expected given political and economic uncertainty. But the reality is more troubling. Despite many more homes in private hands, home moves have waned for almost three decades, with a particularly marked decline following the financial crisis.

In June, the Council of Mortgage Lenders (CML) published a report Missing Movers. A Long-Term Decline in Housing Transactions? The research, by Hudson and Green, found long-term economic and demographic issues to be responsible for the slide in activity. They estimate 320,000 movers are ‘missing’ from the market each year, a function of both a fall in the number of mortgaged homeowners and the rate at which they move.

While it may not feel like it to young people looking to buy their first home just now, housing policy in recent years has been focused on first-time buyers. Help to Buy, mortgage ISAs and the like have sought to help this demographic group into the market. Ironically this help is needed, in large part, because of factors in play at the other end of the market, which receives little policy attention.

Prior to the financial crisis readily available debt, low mortgage rates and rapidly rising prices became a function of the market that we now know to have been damaged. However, those who secured their place on the housing ladder prior to the crash and weathered the battering, now sit on substantial equity. But, these households also face a different world, with low or falling real incomes, tighter mortgage regulation and price to earnings ratios at record levels.

Furthermore, the CML research points out, homeowners sitting on significant housing assets (and equity) are becoming progressively older, which “means they will move less irrespective of market conditions.”

It is a depressing picture, for estate agents and indeed families stuck in a property that no longer meets their needs.

There are of course adjustments that could be made to policy and the operation of the market to ease our housing bonanza hangover. Clearly issues around aging are a challenge (as well as being personally annoying), but if a more imaginative vision for housing in older age were provided it could ease part of the market logjam (see Great Scott Marty! What happened to the UK housing market?).

However, even if the logjam were eased, the bulk of mortgaged homeowners cannot afford to move. Higher incomes would help, but in the meantime measures to improve the affordability of a move are needed. Unfortunately the options are limited.

Relaxing borrowing constraints is unlikely and undesirable given how we got where we are now. A largescale increase in housing supply to reduce prices also appears undesirable to those with the power.

That leaves us with transaction costs. The top rate of Stamp Duty is clearly a political hot potato but it is also messing with market dynamics. This small change might help at the margin, particularly in the south east.

With little expectation of either improving real incomes, or a growth in equity to make potential moves worthwhile, the report concludes that in the absence of any radical changes to housing or indeed wider related policies “we should expect for the foreseeable future movement among mortgaged households to remain constrained”.

Call me a pessimist, which actually I am not ordinarily, but I see little sign of radical, or even mildly edgy in the current political landscape.

Market targeting vs. stereotyping: hipsters, yummy mummies and the simply priced out ...