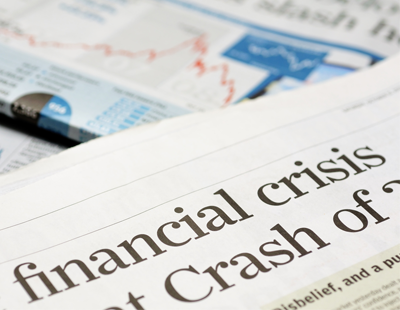 In case we didn’t learn the lesson last time around, we appear to be on the brink of a refresher course on what happens when the debt markets become nervous.

Of course we now have the benefit of years of research and ruminations on the trailblazer credit crunch of 2008 in order to help inform our thinking. One such piece of research recently published [1] by Professor White of Nottingham Trent University, examines the factors affecting house prices in the UK.

The work finds that, in both the short and long run, mortgage finance is a significant driver of house price movements. It concludes that the role of mortgage funding and the behaviour of the lending industry have important consequences for house price growth.

This is relevant to all who are currently in the midst of a housing transaction, as the Greek, will-they-or-won’t-they, tragedy unfolds. The implications of a Euro exit by Greece, in an orderly or disorderly manner (as economists like to describe the range of unpalatable scenarios) are indeed tragic and worrying for Greeks at home or abroad. They also of course also have potential implications for the UK housing market.

Potentially, this issue may all be sorted by this time next week and we will have moved on to other more pressing domestic issues. Who knows, but the odds are probably not on that horse at present and either way the issue is likely to keep running.

The Bank of England has apparently been working on contingency plans to ensure the Greek troubles do not spread to our shores. It has committed to 'take any actions required to safeguard financial stability in the UK' ahead of a possible Greek exit from the Eurozone. Understandably the greatest concern centres on the UK’s financial services industry and contingency plans are apparently in the making.

Fortunately UK banks’ direct exposure to Greece is relatively limited, although the Governor did mention that he is liaising with HSBC which, out of our domestic banks, has greatest exposure to the Greek economy.

Overall, the UK has significantly reduced its exposure to the Greek economy and debt since the start of the sovereign debt chapter of the financial crisis in 2011/12. This will limit contagion to the wider UK economy. Governor Carney notes in the latest Bank of England Financial Stability Report, 'a persistent impact on economic activity is unlikely'.

That rather implies a temporary impact is likely, which feels about right even amongst the most optimistic amongst us. Indeed, returning to the conclusions of the academic article noted above, shocks in mortgage finance have a significant impact, even if only in the short term, on prices. We should also note that the UK mortgage market is a relatively open party; there are many international players, some of whom may have far greater exposure to Greece and its woes. Even with the benefit of the European Stability Mechanism there is concern over how banks will assess risk. Think back five years and this may sound familiar.

A temporary impact on the housing market delivered by a tightening in the availability of mortgage finance will be felt in activity and pricing. The segment of the market most acutely sensitive to changes in mortgage finance is of course the most highly geared, which these days extends well beyond embattled first time buyers.

Meanwhile life goes on the in the UK. The Budget with all its implications has been and gone. Over the coming months the Monetary Policy Committee will be moving towards an increase in the base rate against the backdrop of faster than previously thought economic growth in the first quarter of the year, relatively strong business confidence figures and improved wage growth. All things being equal would most likely force a rise by the end of this year. However the Greek overlay may well push that back into 2016. Either way, it is negotiations and decisions being made behind closed doors at the ECB and IMF that are likely to set the tone for the housing market over the coming months.

To a large extent we, along with George Osborne and Mark Carney, can do little at this stage other than watch and wait. At least the tennis is a distraction…