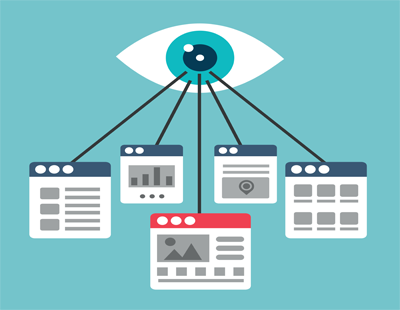 Over the past few years Rightmove and Zoopla Property Group (ZPG) have each been spending massive sums on marketing and product to grow and engage their audiences.

Each have tens of millions of monthly visitors, millions of registered users and millions of consumers have downloaded their apps.

Why? Because they understand that portals are media businesses and agents pay for exposure to and leads generated from these audiences. Without an engaged audience there is no value in the agent being there.

Until recently, OnTheMarket (OTM) seemed to share that view with the stated objective of overtaking Zoopla as the #2 portal this year, on their way to the ultimate goal of overtaking Rightmove.

I feel this was always an optimistic, if somewhat unrealistic, goal. Those watching closely will have noted that in the past few weeks OTM has changed its objective to no longer targeting being #2 in terms of audience anytime soon but instead becoming #2 in terms of properties listed.

This is an important shift because, while content matters, what use is a media channel without much of an audience? A TV station with a lot of shows but no viewers is not worth very much to its advertisers.

This shift signals OTM’s acceptance of the reality that many observers like me have always known and it is effectively an admission of failure of strategy on their part.

We have seen this play out before in the UK portal space – remember Globrix? It had far more listings than OTM has now and failed because it could not build an audience and engage its users.

It's understandable that OTM, as a relatively new entrant, wants to shout loudly from the rooftops. But at some point, one must separate fact from fiction and set the record straight.

And for me the facts are clear that OTM is simply not attracting a meaningful audience or engaging with its users. Here are some facts:

- Whilst OTM touts its growth to 5m visits per month as being impressive, during the same period Rightmove has grown its already huge audience by 20m visits per month. Far from taking market share from the market leader, OTM has simply served to strengthen them.

- ZPG’s audience has been unaffected by OTM despite having lost 20% of its inventory. Its users remain engaged and loyal.

- Based on its own recently released audience figures, OTM has grown at the rate of 200k visits pm for the last 3 months. At that rate of growth, far from overtaking Zoopla this year as stated it would take 19 years to catch them (in 2034), assuming they didn’t grow at all.

- On a cost per eyeball or cost per lead basis OTM is somewhere between 10x and 30x more expensive than the other major portals. Agents get more leads from PrimeLocation than they do from OTM.

- OTM’s Bounce Rate (% of visitors who immediately leave site from page they landed on) is 33.7% versus less than 25% for each of Rightmove and ZPG.

It was clear from the outset that OTM didn’t embrace the digital age in terms of their strategy to exclude online agents and force their members to give up one of their most effective digital marketing channels.

What has become clearer over time is just how little they appear to understand the importance of engaging consumers in order to build a loyal audience.

Anyone can buy traffic as they have been doing so far but the stats show clearly that their strategy is doomed to fail and requires a re-think.

It is also interesting to wonder how the general members must be feeling about the recent investments being made with their money into pet projects for the founders including international listings and marketing deals with the likes of CountryLife.

*Russell Quirk is Founder and Chief Executive of eMoov