This week’s interviewee in the ‘In Conversation Today’ hotseat is a man better placed than most to shed some light on where it all went wrong for Countrywide, one of UK estate agency’s best-known and – until recently – most successful brands.

Iain White, who now works as a well-regarded estate agent trainer and consultant, as well as a volunteer mentor for industry charity Agents Together, was previously a sales director, consultant and board member at Countrywide from June 2011 to November 2014, the year Alison Platt joined the company as CEO.

Platt tried to engineer a controversial retail revolution during her four-year tenure, which saw many of Countrywide’s board members and most senior staff leaving the company to be replaced by people successful in other areas but with no experience of agency. It didn’t go well.

After a slow and steady decline in recent years, with a rapidly falling share price, numerous senior management reshuffles, an unsuccessful Back to Basics campaign, bonus controversy and a whole host of other issues, Countrywide was officially bought by Connells last month. There now seems a very good chance that the Countrywide brand will disappear entirely in the not-too-distant future, a sad end for a once huge name.

Here, I discuss with Iain how the biggest estate agency group in the UK deteriorated to the point of effectively being rescued by a major rival, whether Platt’s reign sent the brand into terminal decline and the importance of training for agents.

What’s the root cause of the problems that beset Countrywide?

In my opinion, there are a number of factors that have come together to expedite the decline of Countrywide. In the first instance, too often and for too long, the size and scale of the business was used as an excuse not to innovate and modernise working practices, good talent was allowed to leave and the business failed to keep its infrastructure and technology up-to-date and integrated across its brands.

Did the Alison Platt era send it on a course from which it could never recover? Was the management team that took over too stuck in the old ways to recover the firm?

The actions taken by Alison Platt during her tenure will go down in history as a pivotal moment in the decline of Countrywide. Her decision to remove anyone with an estate agency background with any calibre and foresight along with poorly implemented new ideas and strategies clearly created a situation that was very difficult to recover from.

The management team that took over and picked up the mantle of the debris left by Alison Platt, from the outside certainly appeared too hesitant to make any radical changes and there appeared to be a real lack of conviction and leadership which seeped into every nook and cranny within the organisation.

Going back in time, previous leadership teams had a genuine passion for estate agency and were purposeful in their convictions. Whilst many mistakes were made, some of which the price is being paid for now, at least the business was making decisions, reaping the rewards where those decisions were right and was robust enough to take on the challenges when the decisions turned out to be wrong. 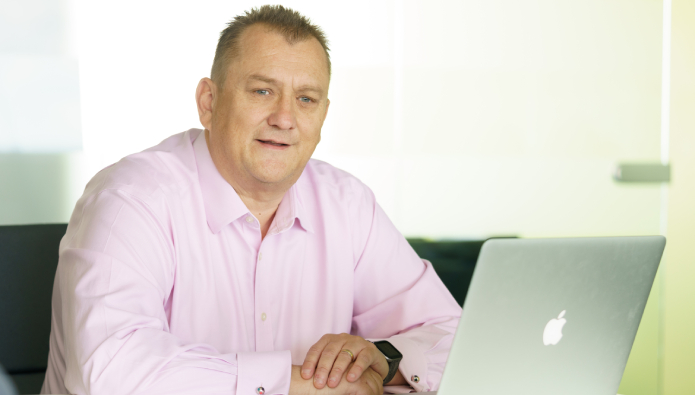 Platt brought in so many outsiders with no experience of agency…has what happened as a result killed off that idea for good?

Platt’s decision to have a board with no estate agency expertise present would appear to me to be more to do with her own insecurities rather than driving the successful growth culture within the business.

Whilst I admire her intention to radically overhaul how Countrywide was operating B to C, she simply didn’t have the expertise amongst her team to execute and implement her ideas. The lack of depth of knowledge of estate agency within her board meant that there was no relevant experience when translating her vision to the consumer or the shop floor for delivery.

There was no clearly defined message or purpose with regard to the ‘retail concept’ - i.e. what it was trying to achieve, why it was being used, what was its goal and ultimately how to implement it.

I am not sure about the term ‘retail expert’. It’s just a label - what does it actually mean? It’s reasonable to suggest if you want genuine change and to challenge tradition, you should have a mixed and diverse management team, but that should involve considerable input from industry-relevant experts, albeit ones who are adaptable to deliver change.

You’ve been a vocal critic of Rightmove - what can be done now, 20 years on, to change the perception of Rightmove in the agency industry?

Contrary to popular belief, I am not a critic of Rightmove, per se. I am a critic of the lack of innovation, the lack of care towards customers, spiralling costs with unreasonable price rises which are out of kilter with any price index, and no evolution of the product which has created a multibillion-pound business.

That is what I am critical of, most of all. The way upgrades are sold, the patter of ‘if you leave us, you will go bust’ or ‘if you don’t take this product, you will lose instructions, etc’ – it’s simply not a supplier relationship that you can be in love with.

With the various newcomers in the marketplace, any company whose customer base is only doing business with you because they feel trapped is vulnerable.

What will the biggest consequence of Covid be when it comes to the property market?

The biggest consequence is that it will expedite and improve how agents work on a daily basis, especially regarding the use of virtual technology and lead filtering technology.

Structurally, we will see a very different set of values of where, why and how people choose their property. Many people now don’t have the need to work in an office and the lack of commute means that they have different motivations when it comes to moving criteria.

People are now moving away from the cities and moving to more rural locations. This is already noticeable and has, in part, fuelled a boom in buyer demand in certain areas.

You’re a well-known agency trainer and mentor – is this more important than ever currently, with more people working remotely and youngsters starting out in a whole different, and more complex, environment? And how can the industry be viewed as more professional?

I don’t think it is any more important than before, but what remains imperative is that you select the right person, to enable you to build the right team. The importance hasn’t changed: recruit the best, train the best, develop the best and create an environment where they do not want to leave, regardless of the working model.

If the industry wants to be viewed as more professional - putting qualifications and licencing to one side - estate agents must behave accordingly from the top to the bottom - from the CEO to the new trainee.

The biggest issues to fix right now that create poor behaviour in the process of moving home is lack of expediency, transparency and certainty with some foresight, collaboration and possibly legislation. These can all be resolved for the good of all.

Many thanks, Iain. Some great, revealing answers there. Next time out I’ll be speaking to someone Iain knows well through his work as a mentor - Sarah Edmundson, CEO of the new industry charity Agents Together.

Exclusive - Agents' training and licensing latest from the chair of RoPA ...

First off, hello and welcome to this new series – appearing...

Nicky Stevenson – how do we encourage more women into senior roles? ...

In this week’s In Conversation Today, I chat with Fine &...