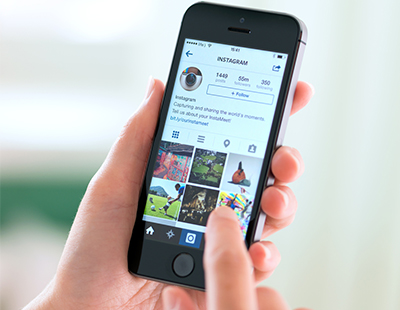 An estate agent has sold a home off-market by posting teaser photographs on Instagram.

The buyer - who was in the French Alps on holiday when she saw the social media posts for the property in the Warwickshire village of Lapworth - was attracted by a series of teaser photographs.

These were not of the property itself, nor even a general view of its interior, but were instead so-called ‘teaser shots’ - in this case, the first images were of goldfish in an antique watering can sitting on wooden decking. The caption said the photos were from a property going on sale soon in Lapworth.

The buyer has told local media that it was these posts that triggered her interest; she has now completed on the property.

“I liked their pictures and I follow hashtags like #victorianterrace and #darkdecor. I’d also started following the #Lapworth hashtag too as I knew that was the village we wanted to be in. I wasn’t desperate to move but it felt too good an opportunity to miss. The post on Instagram for me was the deciding factor” she says.

The agency behind the Instagram posts is Mr and Mrs Clarke - a hybrid with the business model of using self-employed or freelance agents operating under the same brand. It’s six years old and has featured frequently on Estate Agent Today, most recently here.

Paul Clarke, the agency’s founder, says 50 per cent of the houses which are pictured on Instagram attract enquires.

He’s told Birmingham  Live: “Agents have done this sort of off-market selling for ages but through databases and email lists. With Instagram, you can make it more aesthetically pleasing and interesting.

"There was a picture we put on Instagram that featured a cockapoo running through a living room. Within hours, a lady in her early seventies had sent a message. She viewed it and offered the asking price before the house hit the market.”

Amongst the tips he has suggested for publicising homes for sale via Instagram is to use hashtags.

“People follow hashtags and you can create a buzz around a picture by using relevant and popular hashtags. It might be a roaring fire in the winter, some flowers popping out of the ground in spring or it could be an architectural feature of the home. For these images use useful, descriptive hashtags like #springgarden #featurefireplace #interiordesign.”

And he urges the photographs to be taken and selected with a view to making prospective buyers smile. He suggests: “Homes are places to be enjoyed and Instagram is a great place to share light hearted moments. If something about your home brings a smile to your face then it’s likely to do the same for your viewer, so have fun with it. You’re more likely to get engagement with something that draws a smile.”

An estate agent has conducted an interesting test on whether photographs...

An estate agency that’s been commended for its flexible working has...