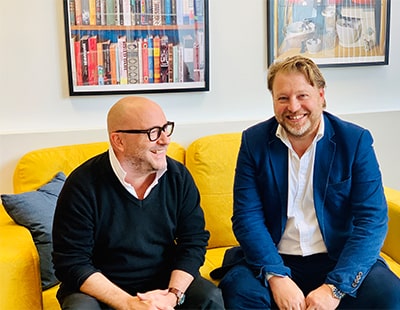 An estate agent who has himself made the move from the High Street to a hybrid operation has urged anyone in the industry who feels underpaid to do the same.

Rollo Miles - a former manager at LSL’s Marsh & Parsons and Countrywide’s high-end John D Wood brand - is now a co-founder at the London-focussed Agent & Homes hybrid agency, which operates from a hub at Notting Hill used by freelance agents working under its brand name.

He says it’s time for agents to shed the traditional business models which stifles earning potential.

"High street offices cost a lot and that inevitably has an impact on agents' salaries - particularly those not operating in the most senior positions" he says.

"What's more, the commission structure in which the company receives the selling fee from which the agent receives a small cut is limiting and does not provide the incentive to be a top performer."

UK estate agents ranked 24th out of 25 in a recent study by Yell Business.

Agents working in the UK were estimated to have an average take home of £19,843 - only higher than the £18,845 recorded in New Zealand. Meanwhile, the typical annual earnings of agents in other locations such as Saudi Arabia (£62,931), China (£55,481) and Brazil (£44,482) dwarfed those of property professionals operating in the UK.

In addition, typical estate agency commission in this country has dropped in recent years - it hit an average of 1.2 per cent during 2019 according to separate research by comparison service GetAgent.

Now the other co-founder of Agent & Homes - Bob Crowley, who also worked at both Marsh & Parsons and John D Wood, as well as PropTech platform Nested - says the current glut of High Street agencies is driving fees down even further.

"High Street agents have created this situation of low-salaried staff by expanding in the same geographical areas to such a degree that the number of high street agents simply outweighs the needs of the consumer” he believes.

"Sitting around in a high street office all day is energy-sapping. A happy agent is a productive agent. The agents should be able to dictate their own time and how they expend their energies. They should be able to choose when and where they want to work to fit in with the modern consumer.”

The pair say that more flexible business models involving freelance work and the use of shared facilities such as centralised hubs mean agents they can earn higher commission fees and ultimately take home a higher wage packet each year.

"It is obvious that a firm like Agent & Homes, paying up to 80 per cent commission, is going to prove attractive to seasoned performers who are being treated appallingly by champagne-quaffing suits at head office” according to Miles.

On top of that, he insists there’s no need for freelances to tick boxes for corporate satisfaction, and instead they can build relationships with clients and do what they’re supposed to do - sell and let homes.

"This combination of reasons is why opting to work for a dynamic new agency like Agent & Homes could see the average agent earning a lot more money each month, while also being happier in their career" says Crowley, adding: "Our top performer earned well over £200,000 last year.”

Shock data shows UK agents amongst the worst paid in the world ...

UK estate agents are amongst the worst paid in any country...

As the old saying goes, just because it’s on the internet...

A new study reveals that two thirds of property professionals expect a pay rise in...