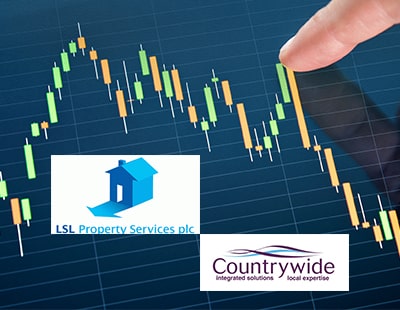 It’s been revealed that under takeover rules, LSL Property Services and Countrywide have until March 23 to make merger or takeover plans public - or to walk away from a deal.

It is thought that talks have been going on for some weeks already; another four weeks are now allowed before a deal has to be set out or abandoned.

The possibility of a merger to create the UK’s largest agency has become the talk of the industry in recent days - but they have left the stock market distinctly unimpressed.

Both Countrywide and LSL saw sharp movements upwards in early trading but then went into reverse - each ended the day little changed from where they started.

There also remains no comment from Countrywide on the stalled deal to sell its commercial arm, Lambert Smith Hampton.

The deal is now almost two months beyond the date which Countrywide originally wanted for completion; the agency’s website still describes the deal as being required “to further strengthen the group.”

At close of trading yesterday Countrywide had a market capitalisation of around £110m while LSL is worth £352m. Countrywide claims 10,000 employees with 4,200 at LSL.

Meanwhile industry commentators continue to comment on the merger talks.

Housing analyst Anthony Codling - who when working at investment bank Jefferies was a strong enthusiast of Countrywide, a client of the bank - tweeted: “Successful mergers in agency are driven by the ability to replicate the performance of the best branches across the whole group. Imagine replicating LSLi’s award winning Thomas Morris estate agency across Countrywide and LSL Property services - a potentially powerful prospect.”

Peel Hunt, a brokerage which advises Countrywide, was supportive of the deal.