Few things provoke argument within the industry more than the online v traditional agency debate - and within that debate, nothing at all divides people more than Purplebricks.

So it is fitting that the release of Purplebricks’ full year trading figures should provide the opportunity to launch the Estate Agent Today Panel, bringing together the opinions of some of the industry’s best known figures to comment on major stories.

The panellists’ views reflect the fierce arguments going on within agency about many key issues: the objective of the Panel is not to force people to agree, but rather to reflect their wide differences as the industry tries to make sense of a rapidly changing landscape.

If there is a common thread, it is that everyone shares a passion for their work and their industry; and from time to time we will ask the Panel to show that commitment and energy by commenting on stories of particular importance.

Thanks to them for contributing about Purplebricks and thanks to you for reading - and please feel free to add your own comments too.

“The growth in LPE’s is impressive and we admire the Group’s ambition, however we noticed a switch in messaging from being cheaper than traditional agents to being a smarter way to sell your home. Could this mean that prices will be rising?"

“Our conclusion is that once market share reaches what Purplebricks view as a tipping point instruction fees will rise and we may see regional rather than national pricing, which to us starts to look a lot like commission.”

“The results presentation was light, in our view, on detail about both the Australian and US expansions. We would like to know how many homes they have sold before we make a judgement about whether or not the model works.”

“Selling a home every 9 minutes is a sensational headline that hides a myriad of information. On the recent Guild tour of the UK one member reported that they had analysed data for 12 months and discovered that on average the increase they negotiated on behalf of their vendors from the first offer received to that of the final offer accepted was £16,000.”

“All of a sudden the cheap online fee looks expensive! Does a DIY seller accept an offer too quickly?”

“With the listing fee already paid, who is REALLY helping and advising them on the market conditions and the art of negotiation?

“Any business model that has so quickly and successfully rattled tradition’s cage should be applauded. Purplebricks, like Rightmove before them, recognised that today’s public want easy, online access to everything; they want it now; they want it cheap and they don’t want to be hassled.” 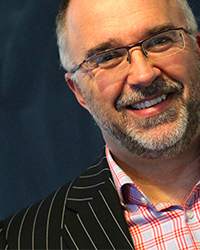 “The real threat probably lies not with Purplebricks, but with how the agency next door will evolve and create delight in order to capture the vast majority of sellers who are not swayed by Purplebricks’ apparently cheap offering? There is still a substantial market for people who would happily pay 1.5-2% for the agent they prefer.”

"The sadness is that many agents have failed to position themselves as the preferred agent of choice."

"They provide the same old service and have shot themselves in the foot by simply chasing fees down to virtually nothing in some cases.”

“Now is the time for gutsy agents to prepare for the real potential threats which, in my view, could be Purplebricks opening 1000 high street offices tomorrow or Rightmove enabling private listings!” 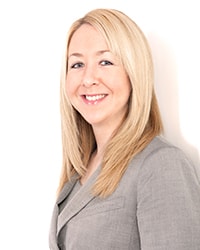 “It is important that consumers have choice and the Purplebricks offering is giving property sellers a platform to enable them to take more of the property transaction into their own hands.  As their results show, there is clearly a place for them in the market.”

“However, I believe that many consumers will still want a face-to-face agent led service and so we won’t see online or hybrid agents dominating the sector any time soon.”

"The industry needs to be mindful of the power of technology and how technology can enhance the customer experience. It's important to move with the times.”

“This fails to recognise a 119% increase in pre-tax losses year on year.”

On the statement that recruitment of LPEs is running ahead of schedule with 448 as of April this year:

On the report that average income per instruction is up 14.8 per cent to £1,035 and that Purplebricks now says it has sold and completed on over £5.8 billion of UK property with a further £3.69 billion in the pipeline:

On the claim that Purplebricks agrees a sale in the UK ‘every nine minutes, 24/7’:

“Yesterday's results from Purplebricks indicate an ever upward spiral of success and on first glance they are impressive. Having paused for thought, though, what is most startling to me is the fact their main traction appears to be taking an ever increasing share of the online market, to an extent where it appears consolidation within the online sector now looks inevitable.”

“What is a stand out number for me is the number of LPEs operating (448). In my view what Purplebricks have disrupted more than anything else is the working environment model. Whilst we are seeing lots of LPEs who have tried and chosen to return to a traditional model, there is a compelling argument to give being an LPE a go."

“Purplebricks’ longevity lies in its ability to attract and retain LPEs. This is the real battleground that will shape the future of our industry. We know LPE churn is considerable but regardless the number grows along with revenue.”

“If the traditional model stopped to tackle this issue and worked to provide a more modern approach to working environment and contractual obligations, the battle would be won hands down.”

“I believe that most people still prefer the pay on results model, however the significant fee difference means the agent whose pay day comes from achieving my goals has to be the real deal, average won't do anymore. A top quality delivery from a high calibre LPE, on the other hand, would be a compelling argument.”

“Whoever has the best people wins full stop.”

“Full marks to Purplebricks’ PR team – that's one hell of an eye-catching headline.”

“We could go long into the arguments about whether a ‘sale agreed’ equates to ‘sale completed’ but that's irrelevant right now. What these numbers show is that the public doesn't care for such subtleties.”

“Purplebricks isn’t some magical entity from another planet, it’s a business that needs to be competed with in a structured and organised way like any other.”

There is something that you are doing that is making clients choose you over others – including Purplebricks. If you don’t know what it is, ask your last 20 clients.”

“It might be your heritage, your signboards, your accessibility, your team. When you find out what it is, don’t stop talking about it. That’s your next marketing campaign – and the one after that.”

“It’s in the white heat of competition that great businesses come alive. This is that time.”

“Purplebricks is certainly not as popular as suggested in this report, at least not in most of the areas I’m involved in.”

“Nevertheless, the growing influence of hybrid and online agents such as Purplebricks is a wake-up call for traditional high-street estate agents.”

“Mainstream agents are particularly vulnerable when marketing standardised properties such as blocks of flats or rows of similar houses. In these instances, it may be harder to achieve a sale price significantly higher than the ‘going rate’, restricting the agent’s ability to add value.”

Fine & Country is claiming to be the fastest growing premium...