Here it is - the industry’s verdict on the latest set of figures from Purplebricks.

The agency doesn’t play by any of the rules we’re familiar with: who worries about completion rates in the UK when expansion in Australia and the US are priorities?

In return, the market doesn’t quite know what to do either: Purplebricks’ share price quickly rebounds from public criticism of the company on the BBC, yet drops two days in a row after what most people regard as a successful first six months of the trading year.

Either way, the firm now has 74 per cent dominance of the online sector, hugely increased revenues, and appears well on the way to meeting its ambition of becoming Britain’s largest estate agency by stock.

So once again Estate Agent Today has assembled its panel of experts to give considered, authoritative opinions on the most controversial company in agency today.

Our thanks go to our contributors, and thanks to you, too, for reading - and please feel free to add your views. 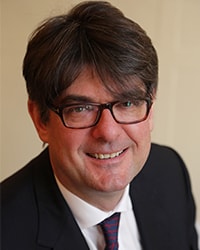 “I’d say it’s a good set of results where it counts - which is the size of the LPE footprint and the trading volume. The rest of the online players are not getting any traction and Purplebricks is probably one-year away from becoming uncatchable.”

“There is no evidence yet that customers are (en masse) dissatisfied with what they have purchased. Purplebricks remains a textbook example of the power of a single, national brand and clear customer proposition."

"The industry has to wake up and smell the coffee.”

“Purplebricks should be commended for two things: its large scale and strong growth. Doubling the number of instructions at that scale is no easy task, and is unmatched by its peers.”

“But make no mistake, success in the US market is far from certain and will be achieved along a different path than that taken in the UK and Australia.”

“The success or failure of Purplebricks will rest on their ability to sell homes, whilst charging a non-returnable upfront fee. Until they are willing to disclose those statistics, which as a data driven company they must have, I believe the jury remains out with respect to the effectiveness of their model.”

“I do not doubt that Purplebricks is the clear market leader of the non-traditional agents, which suggests that in terms of winning listings their strategy has been more effective than their peers."

"Basing growth on TV regions, growing from a regional player to a national one was a canny plan. Most of the others attempted a national footprint from day one, which stifled growth as they spread themselves too thin.”

“Purplebricks is no longer just about the LPEs – you actually have around one person back at base for every LPE on the road – most of whom sit in one big office rather than in a network of offices close to the customers they are trying to serve.”

“To my mind, this is more about Purplebricks having to strengthen its infrastructure and adapt its model, putting in more lifeguards if you will rather than traditional agencies being able to treading water.”

“On a top-level look, these results are looking positive for Purplebricks, further validation that the online/hybrid sector is gathering steam with a few major players leading the pack.”

“I am concerned that still there is no mention of sale numbers. However, perhaps some conclusions can be drawn by their claim that they have now have 20 people in staff support. If they are selling that many, surely they would need more than this to cope with the sales progression?”

“The outlook on Australia shows great growth and perhaps in the US it is too early to tell at this stage. There are signs that this model could possibly work elsewhere which paves way for others to enter, but I fear for the long term in the US.”

“The money needed to scale that operation up successfully and gain some form of brand equity, which is obviously forming well in the UK, could cause a serious hole in their balance sheet in coming years.”

“The statement is clever in that it avoids mentioning any growth into the traditional market which, last year, showed call-centre agents were losing or, at least relatively static. Purplebricks clearly dominate the call-centre market share (circa 5% of the UK market as a whole) however, if they are to achieve the growth they promised to investors (albeit outside of the timescale advertised) they will have to start eating into the remaining 95% of the market which will require more spend and, I would suggest, much more transparency in the success they make much of.”

“If the results were good, would the sales data be published or would it still be too early to have representative completions data? I believe they are shying away because the results are not convenient for them and would allow a real cost comparison between the upfront fee model against payment on results model.”

“The media spotlight on Purplebricks has given the customer food for thought about transparency and it does look like their instruction volumes are not increasing despite the reported increase in the number of LPEs.”

“These figures show us that Purplebricks’ marketing message has worked better that the rest and that they are the dominant force for those choosing the upfront payment model."

"Logic suggests consolidation or collaboration is inevitable among Purplebricks’ competitors and perhaps new models and tech are being readied to fill the obvious gap between the traditional and upfront consumer options.”

“Traditional agents are entering an era of collaboration, consolidation and transparency. This, coupled with great tech will signal a whole new breed of lean, capable and genuinely local experts who know their area and have the tools, marketing budgets and back-up to service customers properly.”

“That said, recruitment is a big problem for all estate agents. The trick isn’t having lots of people, it’s about having effective people who are passionate about what they are doing. Work-life balance is a real issue that our industry needs to face up to, and at present is largely ignoring.”

“Not surprisingly, Purplebricks appears to be taking a growing share of non-traditional online agency business. However, the lack of real evidence of its inroads into traditional agency via sale completion numbers, as well as the proportion of listings it actually sells, continue to cast doubts on the proposition.”

“My personal view is that Purplebricks may find favour with sellers of similar houses or flats in blocks where a ‘going rate’ is established but will struggle on larger, more individual properties, especially as the property market softens. Traditional agents will then have a better opportunity to demonstrate value and service to their customers and potential customers.”

Countrywide - change it, close it or sell it? Four experts have their say ...

The agonisingly painful decline of Countrywide continues, with no one sure...

Has the bell finally tolled for online agencies? Emoov’s collapse and...