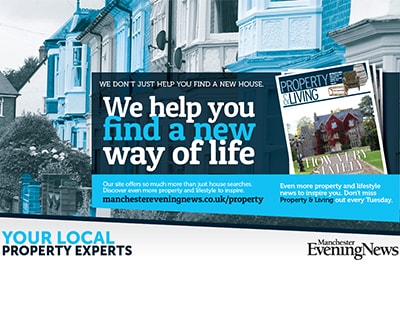 Trinity Mirror is aiming to secure more of agents' marketing spend after launching what it is describing as a 'fightback' against property portals Rightmove and Zoopla.

The publishing organisation, which is behind the Daily Mirror and 140+ regional papers, has accused the two main portals of suppressing agents.

"Rightmove and Zoopla don't want agents’ brands to stand out – it's not good for their business model," reads a statement issued by the firm yesterday afternoon.

It says, therefore, that agents need to consider 'other forms of marketing' to build their brand presence.

The 'fightback' is being marked by the launch of a new campaign '#Be1ofthe3'.

According to Trinity Mirror, vendors and landlords traditionally invite three agencies to appraise their property before choosing one to instruct.

The campaign is aiming to encourage agents to use the publishing giant's print and online brands to make sure they are 'one of three' invited.

The statement claims that Trinity Mirror's news brands reach three in four adults each month and have a bigger combined online audience than all other publishers, including MailOnline and The Guardian.

In 2016, the organisation sold over 540 million national and regional papers.

Figures published by the Audit Bureau of Circulations earlier this year suggest that the circulation of regional newspapers is continuing to decline.

In the first half of 2016, local weekly papers' circulation dropped by over 11%.

However, the same figures suggested that regional news websites were performing strongly, with the Manchester Evening News – one of Trinity Mirror's brands – achieving an average of over 650,000 unique users per day.

"In this current low stock market, what good are the likes of Rightmove and Zoopla if agents don't have strong enough brand recognition to be one of the three agents invited to appraise properties, and so have little stock to advertise?” asks Paul Spencer, head of property for Trinity Mirror.

"This isn't about having to make a choice between newspapers and property websites, it's about recognising that they both have a really important role to play, and not putting all your marketing eggs in one basket," he says.

"A multimedia approach is key and our news brands are as important now as they ever have been to winning new business and driving potential buyers online."

Participating agents will also be provided with a suite of multimedia products, across print, online, and social media to showcase their brand and help it standout in the regions in which they operate.

Tepilo has told Estate Agent Today that it will be unaffected...

A newspaper claims that 1,228 estate agent branches closed on Britain’s...