Zoopla has launched a new advertising campaign to promote its usefulness to house movers as told through the eyes of hermit crabs – apparently the world’s most prolific movers.

The campaign includes a series of 60-second, 30-second and 10-second TV ads as well as cinema, outdoor and digital promotions.

The theme is to demonstrates how Zoopla can help home hunters find their next property and arm those in the midst of moving with the knowledge and tools they need to make the finding and moving process as straightforward as possible. 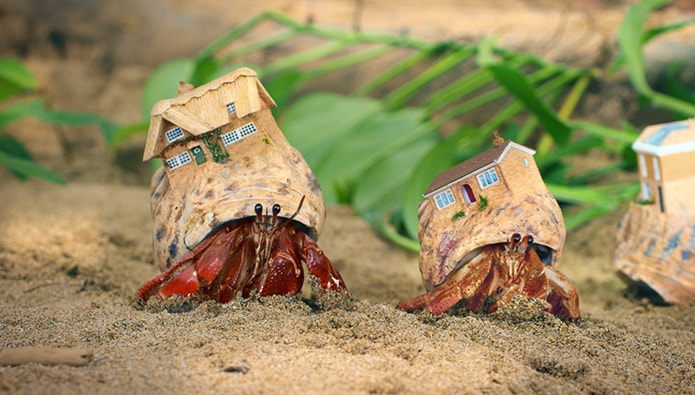 The first ads were last evening during Broadchurch and Coronation Street on ITV1.

The campaign debuted with a 60-second TV ad introducing all the hermit crab characters who will subsequently appear throughout the year.

ZPG says the campaign is expected to reach 94 per cent of ABC1 adults in the UK and on average they will see the advert 10 times across the life of the campaign.

“We expect our advertising to have reached over half the UK population in the first week of the campaign and will have communicated to this audience how Zoopla helps consumers to make smarter choices when it comes to moving and finding a home. This above the line activity is the biggest ever investment for Zoopla and has been designed to deliver even more enquiries and exposure for our [agent] members” says Gareth Helm, ZPG’s chief marketing officer.

Zoopla is launching its latest advertising campaign from Boxing Day with...