4 Reasons Why Virtual Furnishing Really Is The Future

It seems prop-tech is exploding at a scary rate, and the latest brands are all trying to grab our attention by selling us the next big thing. It's hard to choose the next innovation, especially when they require significant investment or training. So why is virtual furnishing the future, and why should anyone care?

Well here's the thing. The concept isn’t new! In fact, virtual furnishing (often known as virtual staging) has been around for well over ten years and there is a plethora of companies offering it around the world. On the face of it, you could argue that it should have been the norm by now if it were truly a success, but the truth is, it just wasn't ready, and nor were we. So, what's changed?

I’m Tom Durrant, and I'm a Director at Doctor Photo, the image enhancing experts for estate agents. I'm going to put my neck on the line and tell you why I believe virtual furnishing will become the norm over the next two years for all empty and new homes on the market.

Simply put, you can boil it down to the 4Ps of marketing – an age-old construct but still useful when analysing current and future trends.

“The virtual furnishing product has changed. It's now so much better”.

Ten years ago, five years ago, even last year, the product wasn't good enough. Simply put, you could tell the furniture was fake and it did little to create desire or even perspective.

Dodgy bright red sofas and lime green side-tables often made the furniture look more like it should belong in Minecraft than a beautiful new home. It just wasn't worth it for agents.

Nowadays, though, the best virtual furnishing services utilise 3D assets that look so real you'd be hard-pressed to know they're not. Often designed by architects with a solid foundation in home staging & interior design, virtual furnishing these days adds value by showing properties off and making empty rooms look inviting; creating positive responses from viewers.

Here at Doctor Photo, we have just re-launched the service. We believe that what we have now Is the best on the market and it's great value too.

“Consumers have changed. They're uncompromising and have higher expectations than ever”

With such a relentless advancement in every-day life, ‘Uber's children' have developed consumer expectations of services and products to such a level that only the innovative and the brave will survive. Consumers are so used to buying their pizza with one tap of an app or speaking to their friends on the other side of the world for free, that they just won't settle for less!

And that's also true for property. Average is broken – it no longer works. If you think average isn’t broken, fix it anyway because the world is moving at such a pace that today will be tomorrow’s ancient history!

Ask yourself, how uninspiring does an empty property look to today's uncompromising consumer? What signals can this send about you & about your vendor? They're time-poor experience junkies, and they need emotional and visual cues to help them imagine living somewhere. Virtual furnishing can help do just that – giving a sense of depth and perspective, a hint of lifestyle and adding real value to an empty space for a potential purchaser (and vendor!).

“In the past, you were talking hundreds of dollars for one staged image, but technology has brought that cost right down”…

I should caveat this by saying that some firms still charge hundreds of dollars. Type "virtual staging" into Google, and you'll find a plethora of USA companies offering the service which, according to RIS Media, (http://rismedia.com/2016/01/17/what-you-should-know-about-virtual-staging/#close) costs on average between $200 & $400.

*Plug alert* Here at Doctor Photo, we think the service should be priced more competitively if it's to be embraced by agents and developers. So, we've brought the price right down to a £45 per image, or £36 each for 3. And if you're quick, this March we're offering 25% OFF – digitally furnishing your properties' empty rooms for £33.75 per image – delivering those in around 48 hours.

I haven't even mentioned the savings that virtual furnishing provides over staging with real furniture. As competitive pressures and market uncertainties abound – now's not the time to be splashing the cash if you can help it.

If you're used to staging homes, then you'll know how much that can cost. When you're selling a development, it just doesn't make sense to pay out £10k, £20k or more to hire real furniture, when virtual furnishing can do the job of showcasing an interior so much faster. The benefits of getting a development to market quickly for so little cost are extremely compelling.

The forth P: Place

“Virtual Staging is becoming the norm over the pond”

I suggested you give "virtual staging' a Google…well did you? Ok, I thought not, well do it now and you'll find tens of sites in the US. Those guys are good, they know how to stage, and they know how to sell. But did you find any in the UK? Probably not, there aren't many of us!

Here's the thing. Perhaps my strongest point for why virtual staging is the future…

Look to the USA now, and you'll see the UK in several years' time. Just look at their amazing property portals and some of the features we don't have over here yet… they’re coming… but they've beaten us to them, as they normally do!

Virtual furnishing is everywhere in the USA and the many companies offering the services on Google prove this. America is further on in the life-cycle with virtual staging, and it's quickly becoming the norm, especially in hotspots like LA & New York.

So, have I convinced you? If you're interested in jumping ahead of your peers and arming yourselves with more reasons for developers to instruct you, Doctor Photo would be more than happy to help. We can turn images around in 48 working and we’re hoping to hear from you now.

Doctor Photo are a leading Image Enhancing Agency. We enhance and transform photos taken by leading estate agents, property developers and photographers, to maximise the appeal and value of their clients’ houses and commercial properties. 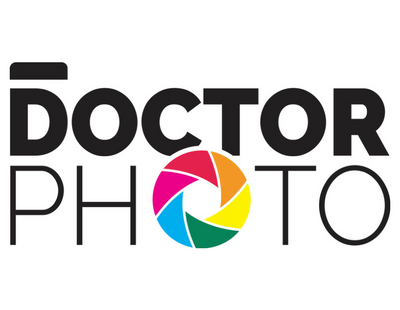