In the last few Natters I’ve focused on the slow death of local newspaper advertising, and how many agents are now looking for modern alternatives to cut costs and appeal to a much wider audience.

But this wasn’t meant to disparage the old ways, it was simply a reflection of how times have changed and how agents are changing with it. It’s still very interesting, in my view, to take a gander at times gone by and how things were done then.

So in this latest blog, I take a nostalgic trip down memory lane with a number of agents who were around in the pre-Rightmove days – including my good self – to get an insight into how we coped before the internet, the portals and social media were on hand to make our lives much easier.

As some of you will know, I was an agent myself in a former life and well remember the days when we got the photos back from the printers and the photo would be placed on the particulars, photocopied 100 times and put in the draw. These were then given out/posted out when people requested them.

Agents would also be on other agents’ mailing lists (touting for business), as they still are these days as well – although it’s now much easier to look at a portal to see who’s selling.

I went digital in 1999 and launched Estate Angels – fill in one form and have your details emailed to all agents at once. At the time ground-breaking, even if I do say so myself, but nowadays just a function of the portals.

We gathered a whole load of data that we then used to monetise for the agents and ourselves; mortgages, conveyancing, that sort of thing. It started my obsession with the home mover journey, and I guess that has manifested itself into ValPal these days. (*cough, 83,000 vendor leads generated for our network of agents last month, cough!*)

Moving on, Simon Shinerock, the chairman and founder of nine-branch South London estate agency Choices, says the big difference between today and pre-portal is that back then ‘we didn’t keep data but now we do’.

He told me: “We have lost the ‘real estate’ of the newspapers and in exchange we have massive unmanaged databases. All portals do now is pour more and more data into an already full glass; what agents need to do is get a bigger glass which means qualifying and managing their data more intelligently and more effectively. Anything that helps qualify real opportunities will help, sorting the wheat from the chaff.”

He says that, while portals have become the go-to for many sellers and landlords as they are a significant source of buyers and tenants, they are no longer the only source. “Social is catching up and agents that employ hyper local strategies are beginning to end their dependence on them.” 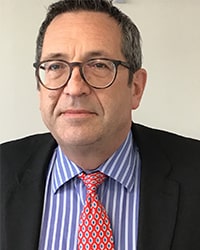 I also got in touch one of the industry’s most experienced agents, Simon Bradbury, who started out in estate agency in 1983 and is now the Managing Director of Thomas Morris Sales & Lettings, which also operates a Fine & Country brand under license.

“In the days before the web and portals there were five main ways to promote property,” he says. “Newspaper advertising, window cards, for sale boards, posting/hand delivering sales particulars and the telephone."

"We all used to have “Hot Boxes” as negotiators and these contained the hand-written details of our “Hot Buyers”.”

“As we were all paid on an individual commission basis, these were very carefully looked after by the individual concerned. I can remember taking my own hot box home at night to ensure other negotiators didn’t steal any of my buyers! The first port of call was the telephone and with no mobile devices around, that involved using the landlines…constantly.”

If they were unable to get hold of the prospective buyer, they would then post out the particulars or ideally hand deliver them. Either way, agents then would include a business card and a compliment slip with a personalised message.

“I would then record the event in my ‘Plan For The Day’ (a specialised diary listing tasks for each day – essentially a ‘to-do list') and note when to make a follow-up call. I used what we called an I.S.D.A.G. system, which was simply a reminder that I should call the applicant and ask…’I Sent Details – Any Good?’”

The other excellent source of enquiries, he says, was For Sale boards. “We would conduct a weekly physical board count to assess our market share and calculate how well we were doing compared to competitors. Window cards were also very effective at attracting buyers and we would often offer sellers the opportunity to have their property promoted in the window in a key position as an incentive to list with us.”

The local press – newspapers, magazines, etc – accounted for the lion’s share of the advertising in the mid-80s, when Bradbury was first starting out. He says it was absolutely key to the marketing of a property ‘and the local newspapers knew this, meaning that they held a lot of power and influence over estate agents’.

“We would often have 15 to 20 pages in one newspaper and the same in a competing local newspaper. We took our own (black and white) photographs and when colour arrived it was a big thing.”

He continued: “We used to take the photograph and then send them off to be developed which often took a few days, so we tried to speed up the process. In those days, the company I worked for (Ekins Dilley & Handley) had about 12 offices and the partners employed a woman called Jane Bath to collect the undeveloped camera rolls from each office to be developed at our own studio overnight. The sheets of photographs with adhesive backs were then delivered back to the branches the very next day. We called this the ‘Bath Run’.”

Ekins Dilley & Handley (which was bought by the Prudential in 1985 in what turned out to be a disastrous estate agency venture and is now no longer trading) also had its own in-house magazine called ‘Flagboard’ which Bradbury says was very innovative at the time. “I still meet old clients who fondly remember this monthly publication,” he adds.

“I have another memory of newspaper advertising which is an example of just how important they were to estate agents and the house hunting public…Our local paper, the Hunts Post, used to be delivered by hand on a Friday afternoon by a delivery boy, though they were often girls. We would stand by our phones in preparation for the anticipated surge of phone calls as the papers were delivered… and were never disappointed. In fact, dependent upon where the telephone calls came from, we could literally plot the progress of the newspaper delivery street by street!”

Was there anything better about the way homes were advertised in the pre-online days, though? Or is it now much better and easier through various websites, PropTech products and the portals?

“There is no doubt that marketing a property faster and to a much wider audience is EASIER now that it has ever been. That said, I’m not sure that it is necessarily better. I could be wrong here, but I sense that each negotiator knew a lot more about the property and individual motivations of their vendor clients and prospective buyers in the mid-80s than now…because they had to!”

“We always worked on a system called M.A.N. – Motivation/Ability/Need…it’s an acronym that still works today. The portal advertising of today may well produce the lead to start with but those adverts tend to focus on the “What” rather than the “Why”. The good estate agents are always more interested in the “Why” questions!”

He says seamless collaboration is key. “In my view, too many estate agents are either totally for or totally against Prop Tech, when in reality, a combination of the latest online marketing techniques and a brilliantly skilled salesperson will yield the best results.

As James Dearsley pointed out in a recent Estate Agency Today article, “That is what you have to realise today. Humans can’t win on their own. Technology can’t either. Combine humans (even us lowly estate agents) with technology and you have a winning formula.”

Excuse the dodgy pun, but this annual conference always does the business, and is one of the most reliable and useful events around.

Held at the QEII Centre on February 12, it included networking, lunch, a keynote speech from TV hardman Ant Middleton and the Guild Awards 2020, where Thomas Morris received gold for sales and lettings for the Eastern region.

It was a great day out, as ever, although I had my own brief brush with the coronavirus when I received an email from the Guild a few days later informing me that a man attending a separate conference at the QEII a week before the Guild event had tested positive! Eek. Fortunately, no self-quarantining has yet been required.