Every other advert on the TV is featuring Santa Claus, snowmen or reindeer, the tinsel, trees and decorations are out in force, the same old songs are playing on a loop on the radio, and the festive offers from retailers are ten a penny – yes, that’s right, Christmas is nearly here. The big day, in fact, is only 25 days away!

But before we all eat our own weight in mince pies, pigs in blankets, roast potatoes and chocolate, there are things agencies across the country can do to boost their business this yuletide.

Let’s take a closer look. (I apologise for the punny titles in advance).

Deck your office with boughs of holly

Well, it doesn’t necessarily have to be holly, but you get the point. A great way of entering the Christmas spirit and giving customers a warm, festive glow is to decorate your office. You can go all out, opt for a theme, or plump for sophisticated simplicity – whatever you do, though, make sure it looks classy rather than tacky. Cheap tat won’t give off the right impression, but you also won’t need to break the bank to achieve something spectacular.

For the last few years, Estate Agent Today has run a feature highlighting agents’ festive windows, and we’ll be doing the same this year. So, if you would like to share your spectacular efforts, please send your images to press@estateagenttoday.co.uk and we’ll do the rest. We’ve also received a number of Christmas-based videos in recent years, and we’d be more than happy to receive more this time around. 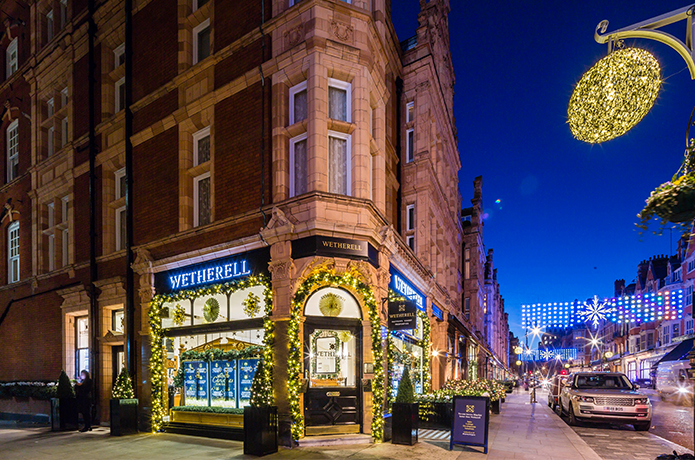 Another excellent way of creating that Christmassy feeling is to have a day where everyone wears a Christmas jumper – which can feature everything from reindeers and snowmen to Pokemon characters, Darth Vader and, new for this year, a natty Gareth Southgate-inspired effort. We like to feature agents in all their knitwear finery, too – so, once again, send your pics to the above address.

This is the perfect time of the year to run offers for vendors and landlords, rewarding existing customers for their loyalty and enticing new business with tempting deals.

We’ve all seen the success in recent years of Black Friday and Cyber Monday, and a similar buzz can be created in the lead-up to Christmas with a perfectly pitched campaign.

In the same vein, you can use the power and reach of social media to engage with consumers in the form of competitions, Christmas quizzes or even an interactive advent calendar. This gives you the opportunity to engage with would-be customers, show your ‘fun’ side and take the contact details (in a GDPR-compliant way, naturally) of people to add to your database so you can get in touch if and when they need your services.

‘Tis the season to stay open

The received wisdom is that agents should be slowing down before Christmas because it’s a quiet period of the year. But all the evidence suggests otherwise, and by waiting until the New Year to boost your business you could actually be missing out in a big way.

As this blog by Steph Rady, our head of marketing and PR, points out, website traffic for Rightmove hits record highs on Christmas Day and Boxing Day. As such, it pays for sellers to have their homes listed before this surge of activity. Equally, by putting the groundwork in before Christmas when it comes to working out your marketing strategy, you’ll be ready for the January rush and not falling behind your competition.

When you also consider that, in 2017, the Christmas quarter achieved the second highest number of completions for the year (Land Registry) and The ValPal Network generated 82,000 valuation leads over the winter period, slowing down around this time seems more than a bit counter-productive.

Christmas is a time for giving, and you can get in the good books of your customers by sending them a thoughtful little gift or even just a Christmas card/e-card. It’s these little touches that consumers appreciate, and it’s something that takes little time, money or effort to achieve.

You may opt to run a competition to win a Christmas hamper, a bottle of Moet or an iPad, or you may just want to let sellers and landlords know you are thinking of them by sending some chocolates or mince pies in the post.

You might also want to have some chocolates or sweets at the ready in branch, offering those coming into your office (either off the cuff or pre-arranged) a small treat to take away with them.

What’s more, you might potentially consider opening a little later on the days of local Christmas events, using the extra footfall to your advantage by inviting people in to your branch to share a mince pie or some mulled wine and have an informal chat about property.

Sponsorship opportunities, all around you

Christmas can be a great time to partner up with local events – sponsoring, say, school fetes or Christmas markets – to get your business maximum exposure and enhance your reputation among the local community.

It’s also a popular time to fundraise for worthwhile causes. As we can see from our weekly Agents Do Charity feature, charity fundraising is something that many agencies take seriously.

While it’s obviously gratifying to raise money for good causes, it’s also good for boosting staff morale and increasing team bonding (particularly if a number of members of staff do a run, walk, cycle, cake stall or Santa dash together).

You’ll also raise your brand profile in the local area and up your CSR (Corporate Social Responsibility) credentials. CSR, which encourages businesses to consider their social, economic and environmental impact, and operate in an ethical way, has become a big trend in recent years – and something consumers are now more likely to be on the lookout for.

In other news, three of us from The ValPal Network attended the latest Relocation Agent Network (RAN) conference last Friday. A great place to exhibit, the national conference and black-tie awards dinner took place at the Park Plaza London Riverbank hotel near Big Ben.

Estate agents from across England, Scotland and Wales attended the conference, which included interactive keynote sessions, roundtables and workshops and an ‘Awards Dinner’ hosted by Katherine Ryan, the Canadian comedian and TV presenter who pops up regularly on TV panel shows and co-hosts Comedy Central’s Your Face or Mine with Jimmy Carr.

The obligatory selfie was, of course, taken, with Nathan Emerson – property industry consultant, Board Member and Director at Propertymark and former Partner at Pygott & Crone – also getting in on the selfie action. 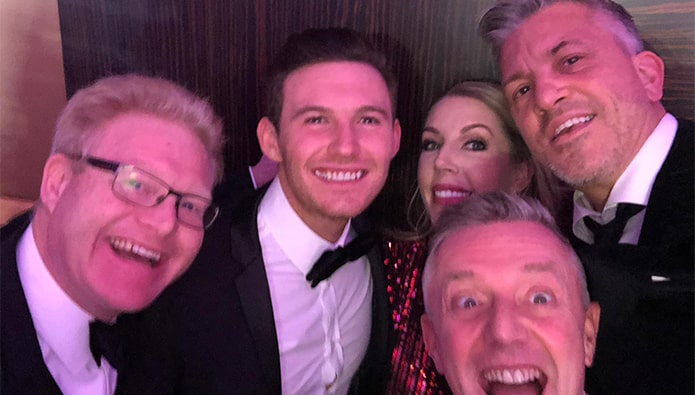 PropTech expert and former Reapit sales manager, Peter Fenwick, was one of those presenting, and showed off this very cool PropTech Tube map. 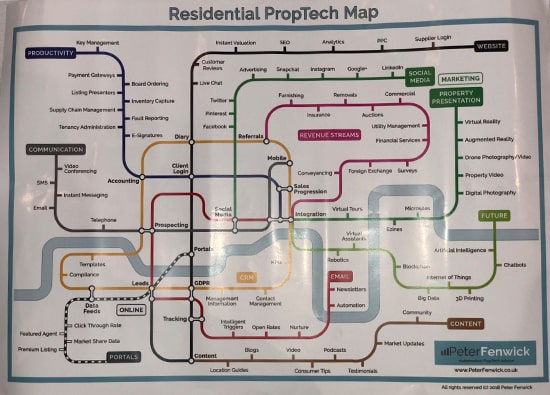 As well as the conference, trade exhibition and dinner, RAN was also able to generate funds for industry charity Agents Giving by participating in a fundraising game. Agents Giving raises funds and awareness for UK organisations such as Macmillan Cancer Support and the British Heart Foundation, and holds its latest charity ball (which this year has the theme of Agents Got Talent) at the Grosvenor Marriot Hotel in Grosvenor Square this coming Friday (7 December).

Before I go, quick shout out to the first ever National Landlord Investment Show Awards, held a few weeks ago at the Grosvenor House Hotel in Park Lane. Hosted by comedian Rob Beckett, it was a great night and a celebration of the private rented sector in all its many guises.

Until next time…when it will be less than two weeks until Christmas!

For many years, the majority of agents have stuck to the...

As a character from a fairly well-known TV show once said,...

Open All (Christmas) Hours: Are you shutting down or gearing up? ...

The possibility of agents having to keep offices open until 7pm...