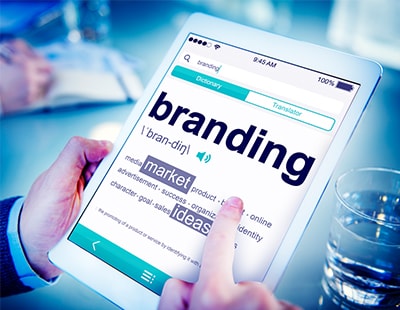 According to The Branding Journal, a brand is “a name, term, design, symbol, or any other feature that identifies one seller's good or service as distinct from those of others.”

It goes on to say “Branding is endowing products and services with the power of a brand.” So far, so clear - well, clearish…

Perhaps it’s because I am not a marketing person that I believe the concept of branding in estate agency in the UK is becoming more than a little fuzzy around the edges.

My attention was drawn to this when someone in the know told me that a particularly large agency group in the UK was highly sensitive about its brand being considered as anything other than a traditional high street operation. This is despite its heavy investment in an online estate agency and its minority stake in an online mortgage brokerage business.

On the one hand, you can see that the agency group in question wants to emphasise its predominantly traditional approach at a time when many competitors are overtly promoting their online activities with, as of yet, mixed results.

On the other hand, distancing yourself from innovative activities like an online agency or using algorithms to match mortgages to borrowers, (despite pumping money into such trials) will risk allowing the company’s image to appear out of date.

It’s a conundrum but one which the agency world has had to face for some time.

Well over a decade ago, Knight Frank was nicknamed Knight Foxtons by many rival London agents after it recruited a slew of Foxtons negotiators and tried to play down its rural tweedy image by expanding in London and a bunch of other large cities.

How would one describe Knight Frank now? A rural agency? A city one? Just a ‘high end’ agency?

A few other ‘posh’ companies have similarly blurred branding.

Humberts, once rural to its core, now has a central London office and is entering the world of franchising.

Savills, once traditional, now identifies itself with the online operator YOPA.

Strutt & Parker - another firm with a rural heritage - operates in cities too, of course, and now has to work out how it is to distinguish itself within the BNP Paribas empire.

How about the Guild? Currently it’s creating impressive videos explaining the benefits of traditional agency, while at the same time it has easyProperty just around the corner.

It’s a similar issue for Countrywide. Once a high street stalwart, its experiment with online (now abandoned, of course) has changed the industry’s perception of it: aside from all its difficulties keeping its market share and preventing its share price from plummeting further, it’s much harder nowadays for the rest of us to know exactly what sort of agency it is.

Which brings us, almost inevitably, to the onliners themselves.

There has been a bit of fuzziness around the ‘hybrid’ concept. Purplebricks, for example, wants to be called hybrid although the consumer press tends to call it just ‘online’; Emoov, once happy with the online label, now frequently describes itself using the term hybrid.

But broadly these firms and other onliners have much greater clarity in their branding. The public know of them as being on the internet, cheap and modern (and, perhaps slowly but surely, know they do not necessarily sell your home in return for an upfront fee, too).

What might upset that clarity would be an online agency buying high street premises: although there has been speculation of Purplebricks going down that road eventually, there has been no real sign of it to date.

Until that time, if it ever comes, onliners’ branding seems straightforward compared to those high street firms experimenting with other models.

Does this matter? Critics of PR and image would say no - and there’s a strong case for saying your brand should not be determined by the business model you use, but by creating a strong reputation for selling and letting homes and keeping customers happy.

But, as we can see in strikingly different ways from Countrywide and Purplebricks, branding can be important: clarity of purpose influences how the public see companies and how investors feel.

And for the moment at least, it seems that onliners have a branding advantage.

Can easyProperty find its place amongst the new online establishment? ...

The big online estate agencies appear to have come of age. No,...

Dominic Cummings has been at worst a cause of huge anger...