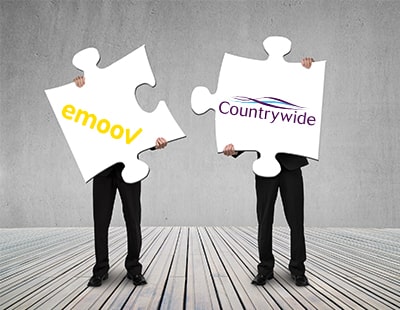 Emoov and Countrywide: what a pair, observers might say.

They present a tale of two failures - although, in the case of Countrywide, it’s still theoretically possible that victory could be snatched from the actively-snapping jaws of defeat.

Yet what if something very different had happened in the recent past?

That collaboration could have ranged from just working together, or perhaps some kind of merger, through to a more formal acquisition. In theory, at least, this could have happened, and for the first time details have emerged of what might have been.

The chief executive of Emoov in its original ownership, Russell Quirk, went to see Countrywide’s executive chairman Peter Long in October 2017 to discuss such collaboration.

The proposal from Quirk was that Emoov would benefit from a cash investment and growth and the credibility of Countrywide’s then highly-regarded status as a Plc.

In return Countrywide would have an insight into what was, at that time, growing online market share without having the cost of creating a new online operation.

The offer was not taken up and although overtures continued, Countrywide finally ended any lingering prospect of joint activity in late 2018.

We know what happened to Emoov thereafter. Its collapse has arguably triggered a loss of confidence in the online sector as a whole, with other agencies failing and those that remain being stuck with what is, frankly, a marginal and plateaued market share.

We would love to be as specific about Countrywide but (unlike, say, LSL Property Services and Foxtons) it has given neither shareholders nor the public any substantial detail about branch closures or other performance indicators beyond its obligatory statements as a public limited company. What we can deduce is that with a pitiful share price, its strategy - or what of it we have been told - is unconvincing to many investors.

Bizarre as it seems, might a 2018 merger of some kind between Emoov and Countrywide have done something to save each of them?

If that seems surreal now, remember that over the past few days there has been specula-tion about Purplebricks and Countrywide merging in a bid to save each other.

We’ll never know what might have been but, for what it’s worth, here is the presentation sent by Russell Quirk to Countrywide.

What do you think? 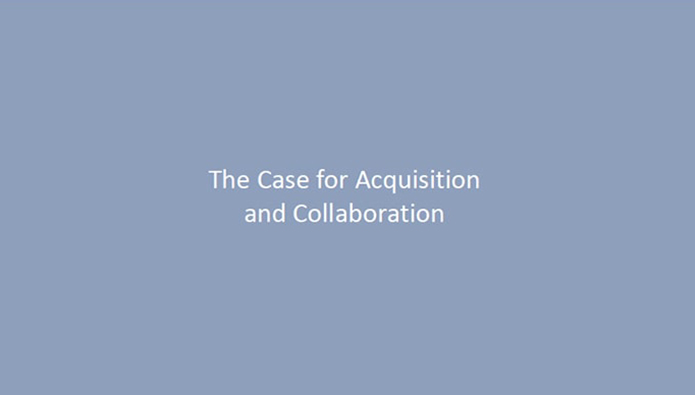 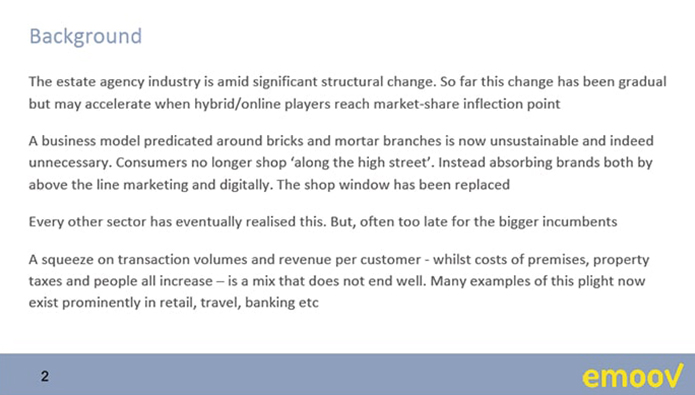 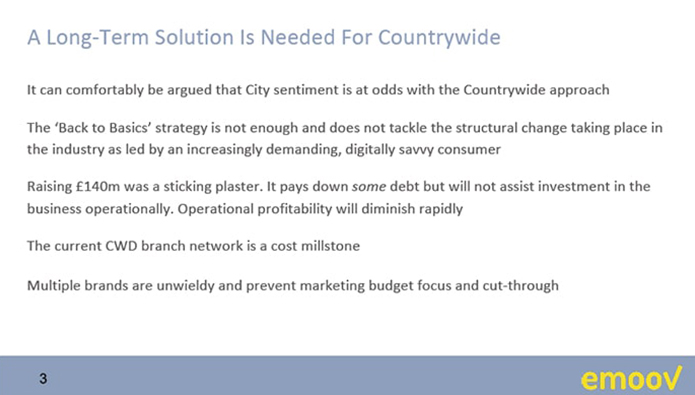 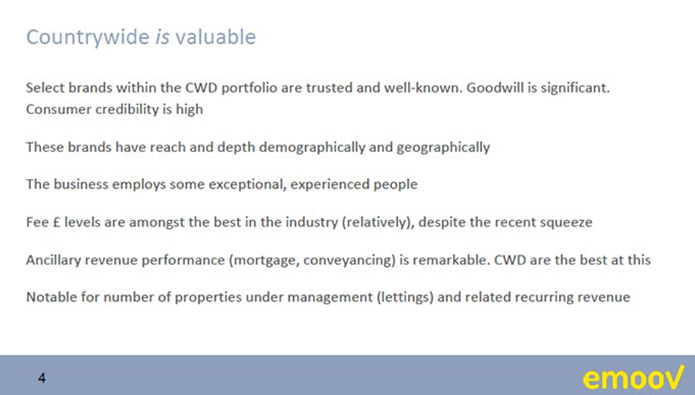 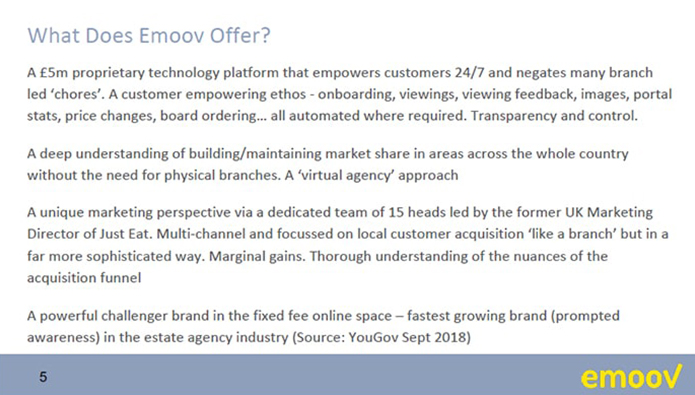 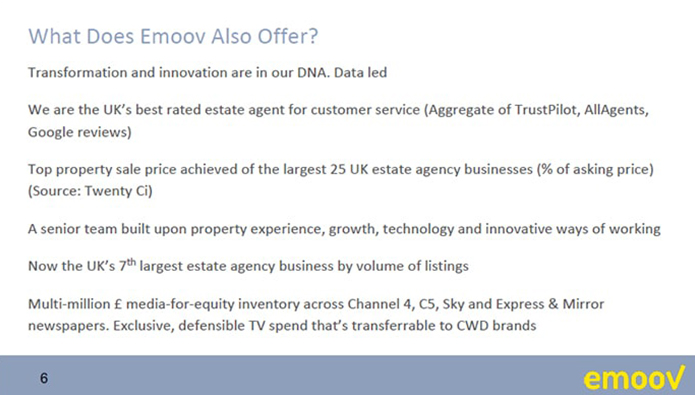 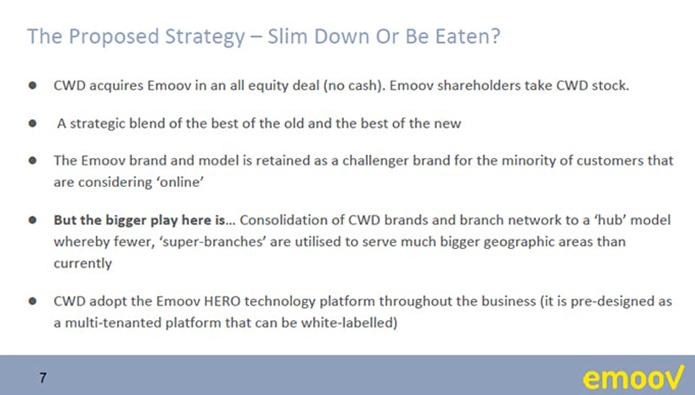 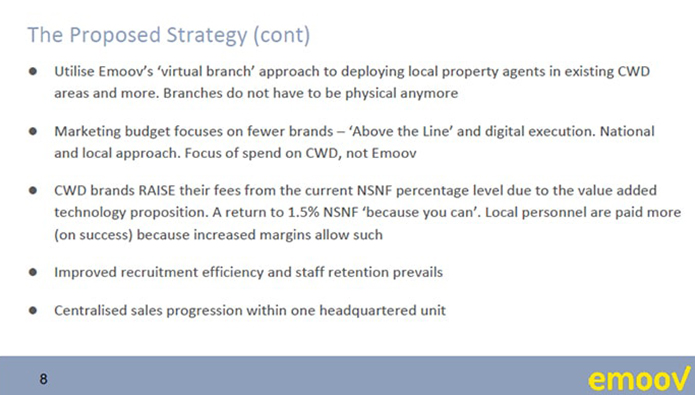 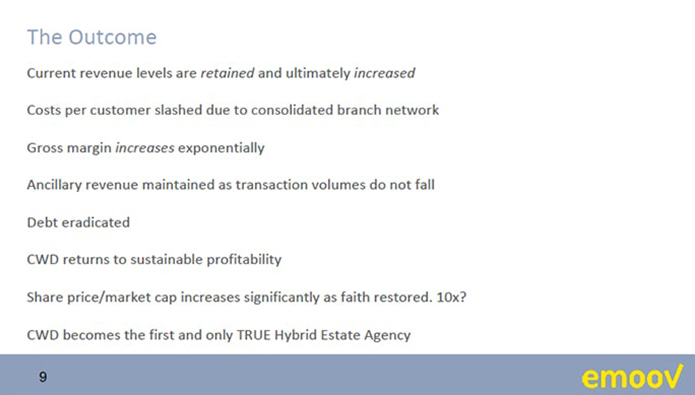 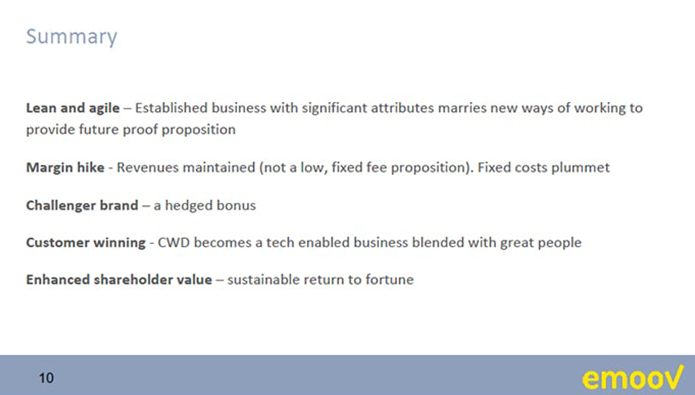 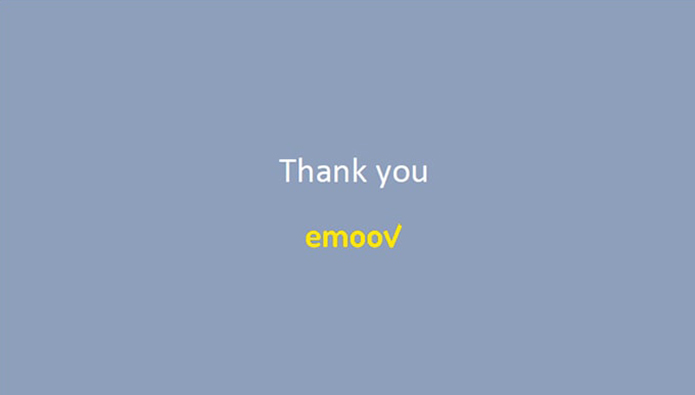 July - it might just be the industryās busiest month of the year ...