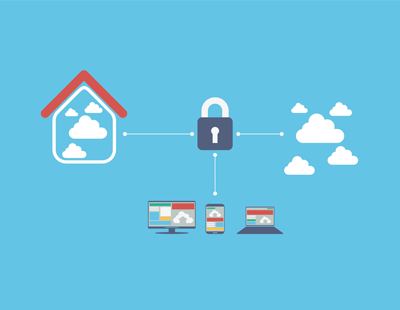 I’m writing this from the brand spanking new Center Parks in Woburn Forest. Set within 365 acres of lush Bedfordshire forest, it’s only an hour from London but feels like a whole other world.

Back in the world of work and you may have seen this Industry Views piece by Russell Quirk, CEO and Founder of eMoov, last weekend.

The main crux of his argument revolved around the absolute importance of good user engagement with your audience. Taking the traffic/website presence you gain every day and successfully engaging with it. By engaging with it, your chances of turning this traffic into genuine vendor and landlord leads and (eventually) instructions is bound to go up.

It’s all very well having an audience or gaining traffic, but if that audience isn’t then engaged with, what’s the point? You just have a load of potential leads, somewhere in the ether, which could have helped grow your business but instead aren’t being capitalised on.

As Russell pointed out, the big portals understand the significance of growing their audience and then engaging with said audience. Whatever you think of them, the portals know what their audience want and they provide them with it. That’s why they’ve become so popular.

Putting aside the portal wars aspect of Russell’s piece – as I’ve said before, I don’t want to open up that can of worms! – he made the valid point that engaging with consumers is the best way of building a loyal audience. Getting people to come back, time and time again, because they can rely on you and the services you offer. It’s like your favourite local restaurant – you go again and again and again because you know the food will be top notch and the service will be brilliant.

Agencies, like the restaurant industry, still rely heavily on reputation and, even now, word of mouth. A person might use your website, like what they see, and recommend you to a relative, friend or work colleague. On the other hand, they might visit your website, be disappointed with what they find (and the lack of engagement being offered) and recommend you to no-one.

One possible way of engaging your audience, as I mentioned last time out, is a call to action, a hook, a ‘lead magnet’ if you will. Whether that be our ‘instant online valuation’ lead gen tool, a free seller's pack or something like a free conveyancing or mortgage quote.

Without wanting to blow our own trumpet too much – well, OK, a little bit – traffic levels and audience size is something our main publications here at Angels Media (Estate Agent Today, Letting Agent Today and Landlord Today) perform very strongly at. According to Alexa, an independent traffic aggregator, EAT is ranked 2,827th in the UK (as of October 23) and LAT is the 5,093rd (as of October 23) most-visited website, while the next highest ranked estate and letting agency online trade publication is Property Industry Eye, which is currently in 5,356th place (as of October 23). Our landlord-facing publication, Landlord Today, is ranked 4,758th (October 23).

To put this into some sort of context, Rightmove is ranked 21st in the country, The Times is 359th and Foxtons is 1,571st. So we’re not doing too badly!

In other news, I attended the Property Tech Conference (#PropTech15) on Wednesday 14th October. It was held in the very swanky Altitude 360 venue in the Milbank Tower, where stunning panoramic views of London’s skyline could be had (see below). If Carlsberg Angels Media did views…

At the event itself there was a presentation by Google and a lively debate about online and traditional agencies, featuring Mr Quirk from eMoov (we just can’t get away from him!), Countrywide's chief digital officer Alex Bailes (who has in the last few days actually resigned his position, what the flip?), Chris Wood from PDQ Property and Michael Bruce from Purplebricks. Very interesting stuff.

Titled “The Big Debate: Online Agents Vs Traditional Agents - Which One Is Really Better For The Customers?”, it was generally carried out in good spirits with no real heated exchanges. There was a general consensus that there is a place for all in the market and that real budget/rogue operators are the problem, and there was also a general consensus among all participants that the hybrid model is the future. Countrywide, in particular, were very keen on the hybrid model, with Bailes arguing that agency was fast becoming “all about the hybrid space”.

According to research they carried out, customers say they don't want purely online. Nonetheless, there is a segment of the market who want to choose from a menu of offerings. “Customers who want flexibility will have it,” he added. Whether that is still the party line now Bailes has gone, who knows? Will be interesting to see how that plays out over the next few months.

It was also interesting to hear how keen Russell Quirk and eMoov were to distance themselves from the tag of ‘online agent’. Hybrid, hybrid, hybrid seemed to be the buzzword of the day.

And finally, this below quote from Ken Blanchard – an American author, motivational speaker and management expert (thanks Google!) – caught my eye. It successfully summarises the importance of teams over individuals more succinctly than I ever could.

And that’s that for this week’s Natter. Until next time…