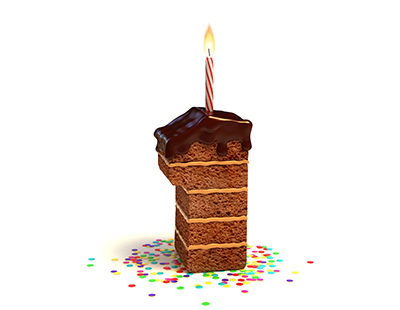 And so it begins. The first anniversary of OnTheMarket’s launch was inevitably going to bring a further skirmish in the portal wars.

OTM has got its retaliation in first by issuing some very broad-brush testimonials, already criticised by a neutral portal consultancy; it would be startling if Zoopla didn’t come out with its own response to the anniversary in the near future.

My hope is that events and commentary on the anniversary are more edifying and less personalised than some of those in the past 12 months.

There’s blame on all sides for this.

OTM banning critical agents from meetings and circulating some press releases only to journalists who would give it unstinting praise started the ball rolling. Critics of the portal fixated on the chief executive’s salary and many journalists privately criticised the shortcomings of the portal’s PR. But in reality, these were just distractions.

So in the hope that future analysis of OnTheMarket’s first year is professional rather than personal, here are my suggestions for how we should judge the impact of the portal.

Firstly, we should look at a statement made by OTM as late as May 2015 – namely “we are confident in becoming the number two property portal by the end of January 2016 on our way to achieving our medium term objective of becoming the market leader.”

OTM appears to have subtly shifted the goalposts on this in more recent months. In early September, for example, an OTM statement said: “It’s only a matter of time before we overtake Zoopla” with no date mentioned. More recently, even this has been dropped.

One can imagine that any rabbit brought out of a bag by OTM on January 26, the actual anniversary, is likely to be about the number of properties on sale through agents who have signed non-binding letters of intent, rather than confirmed members. This will be the issue that will generate the most heat but, probably, the least light.

Secondly, in January 2015 OTM set itself a second target: "To enter a market where two major players are so dominant, Onthemarket member agents commit only to advertise properties on one other portal. In practice, this means in most cases removing properties from either Rightmove or Zoopla. The result is that... as well as losing large amounts of property stock, Rightmove and Zoopla will also suffer a substantial hit to their income.”

There’s no denying Zoopla has lost large amounts of property, although statements to the City by ZPG suggest some stock, and at least a few agents, are now returning. As to Zoopla’s income - well, that has significantly increased in the past year as figures show.

What will be more difficult for OTM, however, will be how it seeks to describe what has happened to Rightmove. A year ago OTM predicted a loss of stock and a loss of income, yet by November a director of Agents’ Mutual went on the record as saying any loss of leads from OTM compared to Zoopla “has been taken up by an increase from Rightmove.”

Rightmove’s overwhelming dominance in terms of stock and income hardly needs reporting: it has surely, undeniably, been a winner and not the loser that OTM predicted.

The third and final criterion by which to judge OTM’s success or otherwise should perhaps be its stated fee structure.

Yet by December OTM was acknowledging that some agents were advertising stock for free or at least at a peppercorn cost so long as they signed those non-binding letters of intent committing them – maybe – to a more traditional and commercial contract with the portal at some time in the future.

What that collapse in income might do to the highly persuasive figures put forward for OTM’s long-term future when pitches were made to agents and journalists two years ago, remains to be seen.

Ultimately, of course, it will be agents and not commentators here or elsewhere who will determine the future of OnTheMarket. That won’t stop many people having their say in the next two weeks as anniversary fever grows, and that’s how it should be.

But, in the hope this isn’t too naive, let’s keep it professional, eh?

Jostling for position: battle of the property portals continues ...

The fact is that most house hunters simply do not have...

The launch of Boomin has been and gone with, perhaps, something...