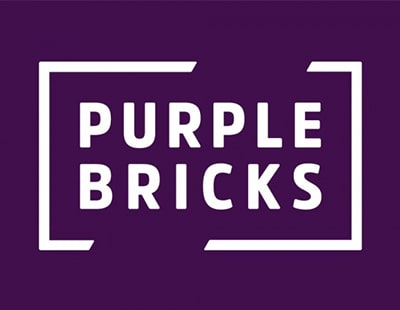 Yesterday’s publication of Purplebricks’ annual results – which made for very difficult reading for the troubled brand – came as part of a 34-page report where the agency went into remarkable detail about its recent travails.

Helena Marston, who was appointed as CEO in April this year but has been at the company since May 2020, first as Chief People Officer, then as Chief Operating Officer, certainly didn’t hold back in her summation of where it had all gone wrong for the agency.

Pointing to what she called Purplebricks’ great proposition – thanks to its powerful brand reputation and ‘low, fixed-price offering’ – she said it had been incredibly frustrating to look back at ‘a series of missteps that have meant we have so far failed to capitalise on the strength of this platform’.

The marketing campaigns – which really ramped up last year before a series of scandals hit the agency – took the lion’s share of the blame, with Marston saying they ‘did not capture the benefits of our offer’.

She said that, although the budget for marketing grew significantly over the last year, ‘its effectiveness was poor’.

Marston wrote in her statement: “We moved away from shouting about our low fixed fee and launched the ‘SOLD’ national advertising campaign. We missed the opportunity of communicating our key differentiator in a market that was seeing significant rises in house prices, and where our model could have saved consumers thousands in commission.”

She said the firm’s approach to marketing will be radically different this year to help achieve better results.

With regards to field sales in the year to April 2022, she said: “Last year our sales execution was inconsistent, with variable levels of performance and insufficient thought given to targeting customers where our proposition would be most successful. We were also too slow to adjust our field force to align with the fall in instructions which saw us carry unnecessary costs in the year.”

But she insisted that transitioning to a fully-employed model was allowing Purplebricks to gain ‘greater control of our field’, while she also welcomed the diversifying of the workforce.

She also spoke about pricing, and how the Classic and Pro packages were well-received by customers, but the impact of the Money Back Guarantee – scrapped last month at the same time as fees were raised – had been far below what the early trials had indicated.

What is the recovery plan?

In her statement accompanying the results, Marston regularly made clear her desire and determination to turn the struggling brand around.

While recognising that significant challenges lie ahead, she also insisted the company now has the right plan in place, ‘one which will change the direction of travel and deliver significant improvements, with a return to growth’.

“We expect positive cash generation in early FY24 and retain significant headroom in our cash resources,” she said.

The plan is centred on four key objectives. First up, managing costs, with Marston insisting that the company will remove £13 million from its cost base during FY23, equivalent to a 16% reduction. Marketing will also be focused on smarter, more targeted investments, she said.

There is also an ambition to grow and diversify revenues, with ‘significant progress’ apparently already made towards the launch of a new mortgage proposition.

“While our absolute priority today is to improve the financial performance of the business, I cannot ignore the opportunity to explore future revenue streams, whether that be through monetising our data, selling additional home moving products and services, or potential commercial partnerships. We will continue to evaluate these opportunities so that we can move quickly and confidently when the time is right,” she said.

The third plank of the recovery plan is growing instructions, moving away from an everything for everyone proposition – which Marston insists is ‘neither efficient or effective’ – and towards a more targeted approach to winning customers.

Interestingly, the fourth part of the plan is about raising standards, which some might interpret as a dig at those previously in charge of the brand.

Marston say she is focused on creating ‘a high-performance culture’ at Purplebricks that ‘delivers amazing customer experiences whether online or off-line’.

“We have learnt from our past mistakes and now regularly review our processes and procedures to ensure we are delivering on our obligations to our customers. We are strengthening our compliance capability and, where possible, we continue to automate our processes,” she said.

During a live video presentation of the results yesterday morning, Marston also bemoaned a previous focus on fame over results. “We spent too much time chasing fame and not enough chasing customers,” she claimed.

Despite the challenges and poor set of annual results, Marston remains upbeat about the future.

“The path ahead is challenging,” she admitted, “but our clear recovery plan to improve business performance and cash generation is well under way. We have taken quick and decisive action in line with our plans to drive higher instructions, grow revenues, re-set our cost base and raise standards.”

She concluded: “While we expect the supply dynamics in the housing market to remain challenging, and the macroeconomic environment is increasingly uncertain, I am confident that the actions we have taken alongside our sales and marketing plans will deliver revenue of £67.5-72.5 million in FY23, driven by instruction growth in the second half of the year, a further improvement in ARPI, and a return to positive cash generation in early FY24, with significant headroom in our cash resources.”

The battle for Purplebricks itself also continued to rage yesterday, with Paul Pindar - non-executive chairman of the firm - seemingly attempting to shore up his position by purchasing 2,500,000 ordinary shares of £0.01 each in the company. As a result of this purchase, Paul Pindar and his wife Sharon now together hold more than 14 million shares representing a 4.59% stake in the company.

Pindar has come under pressure in recent months from activist investor Adam Smith, who through his investment vehicle Lecram Holdings has increased his stake in the company to above 4% (4.2%) and called for Pindar to go.

Glenn Cooper, chairman of Harrier Capital, an advisor to Lecram Holdings, said: “The dreadful Purplebricks results show the extent of the challenge faced by the company. The leadership of Purplebricks has admitted to errors in its marketing, lettings, customer conversion, employment model and failed expansion into Germany, with the result that over £30m of shareholder funds were wasted in the last financial year."

He added: "While we are encouraged by the plans of the new CEO and CFO to turn things around and stem the cash bleed, we wonder why it has taken so long to act and are concerned that the lack of market experience at board level, and the fact that the chairman who presided over this terrible performance is still at the helm on the company.

“We will be meeting the company later this month and will reiterate our call for a change of chairman, and our willingness to take action to bring about this change.”

An urgent shareholder meeting can be held if 5% of shareholders in a company request one.

Estate Agent Today carried out a poll on LinkedIn, which strongly suggests that Purplebricks will not be able to bring about a turnaround in its fortunes.

Purplebricks has pushed back the publication of its annual accounts. The online...