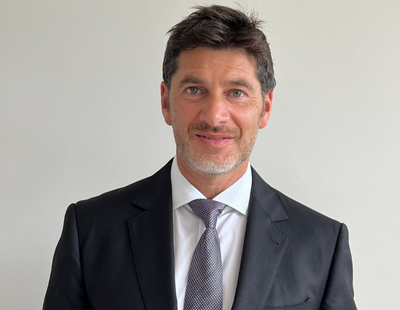 The historic Chestertons brand, one of London’s largest and oldest estate agents, has today announced the appointment of John Ennis as its new Chief Executive Officer with effect from November 1.

The firm said Ennis brings extensive property and estate agency experience, having originally joined Foxtons in 1999 as a Sales Negotiator, before progressing to his current position in 2019. At present, he manages 14 central London offices and 14 new homes and investment departments for Foxtons.

The two companies have effectively done a swap, with former Chestertons CEO Guy Gittins now in charge of Foxtons having been hired in May this year.

When Gittins left, Richard Davies - the former Head of Lettings - became Chestertons' interim Managing Director. Once Ennis has formally started the role, Davies will take on the position of Chief Operating Officer.

Chestertons has significantly strengthened its senior team in recent months, with Mark Goodeve-Docker appointed as Head of Residential Developments in July, and Iain Bailey as Director of Property Management in June - again, both formerly of Foxtons.

The agency, which was founded in 1805 and now has more than 500 employees, reported a record performance in 2021, with total revenues rising 28% year on year.

The company says it has maintained its momentum and continued to deliver strong growth in the first six months of the year, with revenues ahead of last year. This, it says, has been driven by its lettings division, which posted a 22% uplift in revenue compared to H1 2021.

Chestertons, founded all those years ago by Charles Chesterton, was acquired in 2005 by its current owner, Mercantile Group, which is led by businessman Salah Mussa. As well as a large presence in London, it also has a network of offices across Europe, the Middle East and Asia.

“John was the standout candidate to become Chestertons’ new CEO and we are delighted to have someone of his calibre joining the business," Mussa said. "He is a proven leader who brings unrivalled sector experience and expertise drawn from his highly successful, 23-year career in property. Chestertons has built a strong platform for growth, and I am confident that John will continue to drive this business forward and I look forward to working closely with him."

Ennis himself said: “It is a privilege to become CEO of Chestertons and to lead one of London’s oldest and most prominent estate agent brands. Chestertons is an outstanding business, which has continued to go from strength to strength and I am extremely excited by the significant opportunity ahead.”

The property market is starting to get hit by price cuts...

Foxtons: 'Why we replaced our chief executive' ...