In this week’s In Conversation Today, I speak with Anthony Payne, Managing Director and co-founder of LonRes, a data and network source for property professionals in London and across the UK.

It operates in the higher echelons of the property market and aims to be a space for property people to come together to share information and discuss the critical issues impacting the sector.

It has faced some criticism for being too much of a closed shop, with a very specific selection process. Here, I talk to Anthony about that, the company’s foundations, the importance of compliance and where PropTech might go in the future.

First, some quick background on Anthony himself. He started his property career in a small North London estate agency in 1984 before moving to the Chelsea office of Mayfair-based Beauchamp Estates in 1985, a place he worked at until 1997. 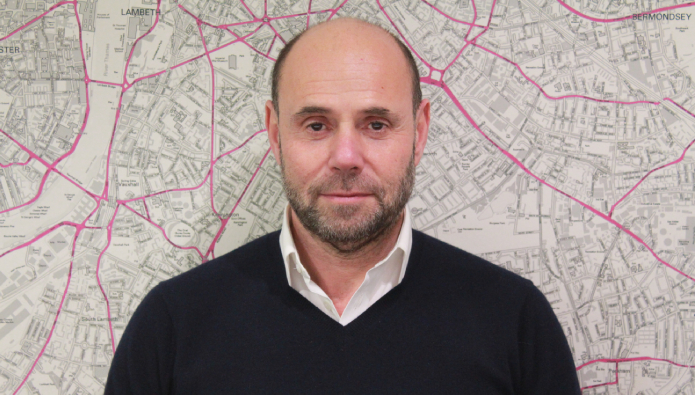 In 1997, he joined PKL, a large rental agency (subsequently acquired by Countrywide) where he built a successful sales and investment department specialising in investors based in the Far East. Then, in 2000, he decided to launch LonRes to ‘redefine estate agency and professional valuation in central London’.

Now, more than 2,500 subscribers log on to the LonRes system each day to take advantage of commission sharing opportunities, access unique, real-time data on London’s sales and lettings markets and benefit from the ‘most comprehensive archive of London properties in the market’.

You celebrated your 20th anniversary last year – how did the company first come about and who was it founded by?

AP: LonRes was founded by myself and my two colleagues, William Carrington and James Golfar. William and I come from an estate agency background, having started in the industry in the mid-1980s. And prime central London was our patch.

James, meanwhile, comes from a business and technical background. We had the idea for the LonRes system in 1999. Work started on building what we had in our minds in early 2000. However, having been assured it would take no longer than three to four months to build, we were finally able to launch LonRes V1 in September 2001.

Having come from an agency background, the idea behind LonRes was to replicate what we, as agents, were doing every day and harness the power of the internet to replicate, simplify and speed up the process by automating it.

You acquired FCS Compliance – an anti-money laundering business - in 2019 and before that set up ResCheck to ensure all LonRes subscribers are AML-registered and compliant. Are AML initiatives especially important at the higher end of the market because of the greater sums of money at play?

AP: The reality is money laundering takes place at every level of the property market – but over the years prime central London has been a particular target, for obvious reasons.

The government underlined the scale of the problem at the end of last year when HM Treasury and the Home Office published its national risk assessment of money laundering and terrorist financing. The findings were stark and saw the property sector move from a medium to high risk and agents from low to medium.

In the same report HMRC stated that over 50% of agents selling property over £5 million were not registered with HMRC or had failed to renew.

The upshot is agents do need to be vigilant and respond – they can’t afford to be complacent. They have an obligation in law to carry out all necessary checks on whoever they are doing business with and receiving a commission from.

But it is a minefield. Many professional launderers employ sophisticated systems to avoid detection, making it very difficult for an agent to be able to spot unlawful behaviour. But this in itself is no excuse.

LonRes allows agents to work with one another, to sell or let a property and of course commission share all within a closed and trusted environment. ResCheck is an enabler for this.

As part of our annual check, we carry out full customer due diligence (CDD) on all LonRes subscribers. This, in turn, ensures that one agent can work with another safe in the knowledge that both are registered with HMRC and that they are who they say they are.

We acquired FCS Compliance in 2019 to provide an additional service to our subscribers. Many agents understand the need to comply with AML legislation, but they also need to do what they do best, which is sell, buy and rent property.

For more and more agents, the way they’re able to balance the two is by outsourcing their AML obligations. And this is where FCS Compliance come in. Not only can help an agent with their CDD work, but through training ensure that they understand their legal obligations, too.

We spent many months looking for a suitable company to work with and when we met Jerry Walters, who runs FCS Compliance, we knew he was the right person. Jerry has over 25 years’ experience working in financial fraud and crime enforcement, including 15 years in the City Police Force.

He has a nose for the untoward, but an understanding of business needs, too. His knowledge and experience means all his customers sleep very well at night!

You say there are ‘strict qualifications’ for agencies joining the network - what are these?

AP: Yes, we do. Best practice and promoting best practice within the sector are important to us. A new subscriber – whether they are a busines or an individual – can only join the system if they’re known, have a track-record and been recommended by another subscriber working in the same patch. They then have to comply with the AML checks we spoke about earlier.

LonRes is a trusted environment for its subscribers, it brings agents together so that they can work collaboratively when they need to. It’s about strengthening the agents’ hand. LonRes works because subscribers are able to trust one another and the referencing process is a part of that.

Why have some agencies been turned down?

AP: The most common reason is that they are new to an area and don’t yet have a track-record of working there. To put it another way, they’ve yet to earn their spurs! But once they have, we encourage them to come back to us and they do!

For all the reasons I’ve already mentioned, we insist that any new LonRes subscriber is an established business.

The prime London agency market has always been competitive, but it’s also a place where agents collaborate and share – often sensitive - information too. And in collaborating everyone wins – not just in terms of deals, but in terms of raising service levels for agent’s clients as well.

You’ve been a long-standing data source and supplier to agents in prime London in particular - do you plan to expand, geographically or in terms of what you do?

AP: Geographically we have been, and are continuing, to expand. The link between the town and country has always been a strong one and over the past year, if anything, has become stronger.

In recent years, we’ve been working with a growing number of property professionals outside the capital and become an essential link between the country and London agent.

And yes, data is important to our subscribers. We ensure that they have access to in-depth data, research and analysis of the market in which they operate. And importantly the data is not just independent but in real-time.

With many publicly available data sources subject to time-lags, our analysis is able to draw upon numbers that reflect what’s happening right now – which is particularly important in the current market. And we continue to update how it’s presented, making it relevant and in a format that’s user-friendly.

Last year, we carried out a major redesign of the LonRes platform, which continues to evolve. The needs of buyers and agents have changed hugely over the last 20 years, and it’s important that LonRes adapts and moves with them.

As a service about and largely aimed at prime London, is there any reason why the rest of the industry should take notice?

AP: The prime London market has always been a barometer for the rest of the country – so is closely followed by not just agents but by people working in the wider economy both in this country and abroad.

LonRes provides the means by which subscribers can work effectively in this most competitive of markets. Subscribers have access to the best properties on the market, can collaborate with like-minded agents, make use of the most relevant insight available and I would argue as a result, provide the best service possible to their clients. Ultimately, clients are what it’s all about and in this scenario everyone wins!

I would add ResCheck and FCS Compliance means LonRes subscribers set the gold star standard for property professionals and agencies.

What does the next 20 years hold for LonRes? Do you feel the PropTech arena is now too saturated and only the best and most established will thrive in a post-Brexit, post-Covid world?

AP: If nothing else, the last 12 months has shown how the best-laid plans can be derailed in a heartbeat. For us, our focus is on ensuring agents have the tools to do deals and provide an exceptional, professional service to the public. Estate agency is still very much a people business. People are at the heart of what we do and will continue to be so.

In terms of PropTech, it is becoming a pretty crowded field. But the key has to be in providing something that is relevant and enables an agent to do what they’re doing but better!

There are some great PropTech providers out there and they will undoubtedly thrive and grow, but many will fall by the wayside, too. Being relevant to the sector in which you work and keeping relevant will always ensure you win through in the end.

I would like to think LonRes not only brings agents together, but it actually helps make them money too. And long may that continue!

Thanks for the very detailed answers, Anthony. Next time I’ll be chatting to well-known industry trainer and consultant Iain White about where it all went wrong for Countrywide.

On the house! Prime buyers continue to snub flats ...

Houses continued to be the preferred property type for prime London...

In Conversation Today – ‘I've always believed agents should be regulated’ ...

In this week’s In Conversation Today, I am delighted to chat...