A set of historic property details unearthed by a local resident have created a buzz on social media and in the local community for regional agency Chancellors.

The firm's Hemel Hempstead branch was recently presented with a document from the 1930s advertising two houses for sale in Bracknell, Berkshire.

The properties were being sold by Chancellors' Ascot & Sunningdale branch, which are now two separate branches following the agency's expansion over the years.

Chancellors, which now has over 50 branches across southern England and mid Wales, says the old details have caused a stir on Facebook, generating over 4,500 impressions in less than two days.

The document, reproduced below, was found by a local resident when clearing out old boxes of belongings from her loft and it originally belonged to her parents.

"When we originally received the property details document in branch, we had no idea that it would create such a buzz, especially on social media," Daniel Hemsley, sales manager at Chancellors Hemel Hempstead tells Estate Agent Today.

"We’ve had a few people come into branch asking to see the document which has sparked some great conversations about how properties and the industry itself have changed over the years and how property is a great investment."

"Chancellors has been in business for over 200 years so it’s great to see some history come up and be able to compare the past with the present," he says. 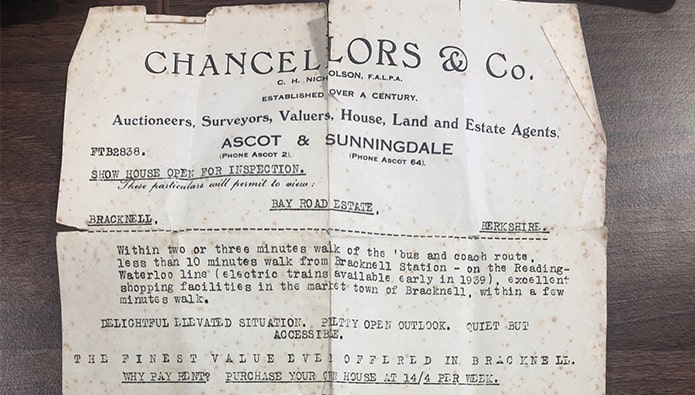 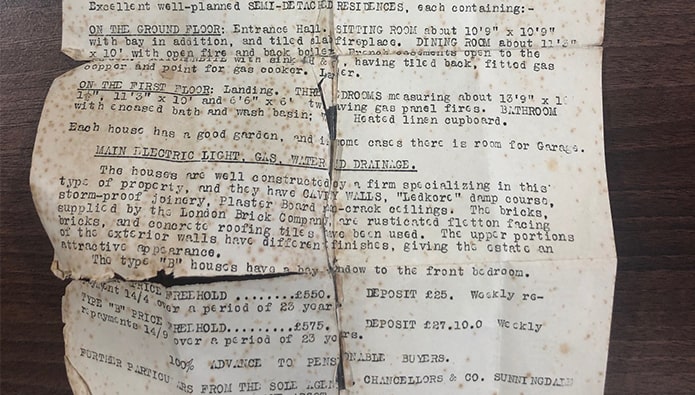