A new sales portal has launched with a radically different business model, aiming to pay agents to list on it.

It’s the brainchild of Babek Ismayil, founder of PropTech business OneDome, already well known by some agents for its locality, valuation and conveyancing tools.

The new portal - also known as OneDome - will at first serve the South East only; the aim is for this to be “polished” with changes over the coming weeks, and then rolled out to the entire UK within 16 months - so by mid-2020.

One of its features is to allow users to search for property using free text, as on Google and most internet search engines.

So for example, buyers seeking a ‘two bedroom flat in Southampton near a good school and park for £250,000’ can type those words into the portal, with an AI-based search facility finding and displaying homes that match the criteria.

The search results are collated by the portal indexing all websites where properties are listed with the exception of other portals.

Controversially - given the history of some portals which 'scraped' other websites - the OneDome portal says estate agents do not need to do anything at all to have their properties displayed “but if they don’t want the listings indexed, OneDome will remove them at the agent’s request.”

Alternatively, estate agents can provide a live feed of their properties - just as they do for Rightmove, for example - and in return, OneDome offers a contract guaranteeing that it will not charge the agent for 100 years.

In addition, agents will still be able to refer work to their own suppliers, either directly or via the OneDome platform.

For all agents who sign a specific listings contract, OneDome will also give an option to convert some of the transactional fee due from OneDome into equity in the business, with early sign-ups having a more advantageous conversion rate.

Ismayil told EAT: “We recognise that estate agents' data is valuable, so if we can generate revenue from it, we share that revenue. Not only do we guarantee free listings for 100 years, OneDome is the only portal that actually pays agents”.

The portal says it has already contacted agents around the country to let them know that their sites will be indexed to provide listings, with agents being told that: “Over the past few years, estate agents have become reliant on property portals that charge an ever-increasing amount for listing properties. However, as these portals would not exist without the content that agents supply them, why should agents have to pay?”

Ismayil has said OneDome’s aim is for the entire property transaction - involving agents, conveyancers, mortgage brokers and buyers and sellers - to use a single platform.

OneDome has raised over £9m for the portal and aims to continue to fundraise as the platform is rolled out region by region. Much of this will be spent on marketing, recognised as a key element in the success of any new portal.

Ismayil comments: “Listing on property portals is one of the largest lead-generation costs for agents and it is increasing every year. We are building the first search engine that not only doesn’t charge agents but pays them for their listing if we can monetise it. We make money when agents make money.”

OneDome launched its first product Locality Reality in December 2016, then in 2017 created a suite of products for agents consisting of booking tools, portal autoresponder and a platform connecting with conveyancing. Last year it set up a digital platform providing clients with live status updates of the conveyancing process to all key stakeholders involved. 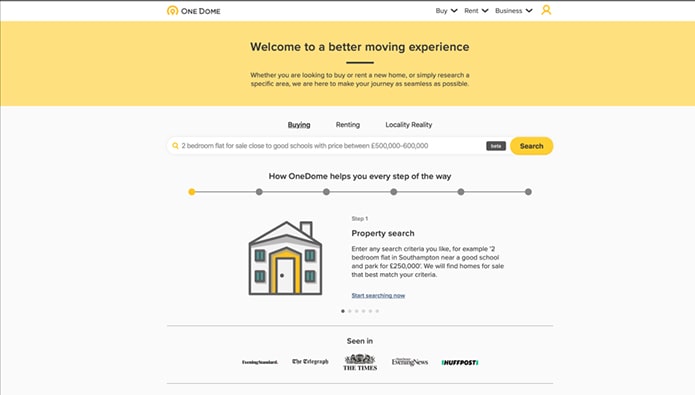 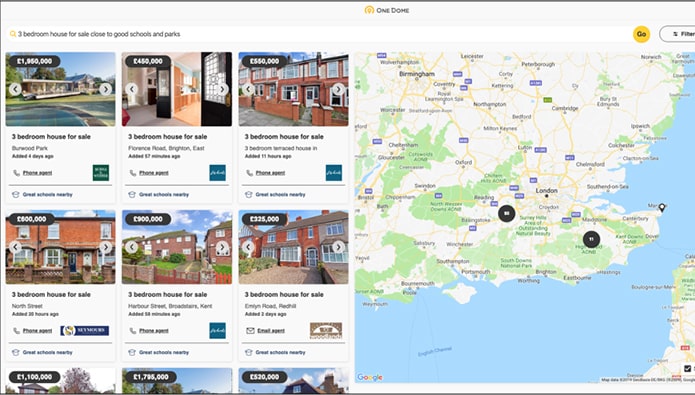 Portal hits record number of users since start of 2021 ...