Hello, welcome to another Monday and the latest PJT.

As ever, a brief reminder to please let us know your appointments new by emailing press@estateagenttoday.co.uk - then we’ll let the industry know.

There’s a neat historical twist to the first appointment we discuss today. 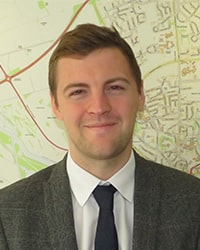 “It was always in the back of my mind that I would love to work for William H Brown, so when the opportunity came up, I jumped at it. The family connection meant that my first day was definitely special, and I couldn’t wait to get started within the business” explains Arthur.

In London there’s been a high-level departure from Zoopla where Lesley Dunn - sales director for corporate and national estate agents - has left the company.

“I’d like to thank colleagues and customers past and present for making my time at Zoopla so rewarding. We have achieved a lot together, and I feel proud of all the work that we did” says Lesley.

Even non-exec directors make the news when they are appointed to the board of Countrywide, which remains under scrutiny by the industry as a whole.

The group has named Amanda Rendle as a new independent non-exec; she has previously worked at Barclays Bank  and HSBC as well as working through her own consultancy described as focussing “on customer experience.”  Amongst her existing business activities is a non-executive directorship at Tesco Bank. 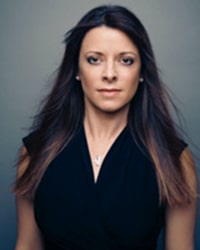 Lettings platform Rentify has announced the appointment of Lucy Jones as director of agency; she is a property industry veteran with more than 20 years of experience, including six years at Knight Frank where she set up and managed the investment lettings and management team before being promoted to equity partner and then Head of Lettings.

Lucy says: “I’m a firm believer that the future of the property market is in tech. I’m particularly excited about the opportunity at Rentify because it’s entirely unique, it delivers a solution to landlords that no one else provides and its growth plans are incredibly ambitious yet credible.”

Meanwhile at another lettings platform - Ideal Flatmate - sales director Jo Green is reported to have departed. She joined last year after being director of Private Rental Sector Client Services at LSL Property Services.

In wider industry news, there have been several personnel announcements in recent days.

Pat Ritchie has just started a four-year term as the new Chair of the Government Property Agency.

The GPA acts as the government’s landlord, providing strategic advice on its property estate. Launched in 2018 and managing property assets for over 60 departments and public sector bodies, it has been tasked with delivering savings worth £1.4bn to the public purse over the next 10 years.

Pat will take up the position alongside her role as Chief Executive at Newcastle City Council.

And Dame Janet Paraskeva - former chief executive of the Law Society - has been appointed to lead the Royal Institution of Chartered Surveyors’ new Standards and Regulation Board.

In her role as Chair of the new SRB, Janet will help to appoint its new board members – which will consist of five independent non-executive members and five RICS professional members - in time to take up its responsibilities in February 2020.

Janet will lead the SRB in helping to oversee RICS’ routes in to the profession, standard-setting and regulation across all land, property and construction sectors.

That’s it for this week - have a great seven days. Please keep in touch and your new appointment could be in Property Jobs Today next Monday.