Another high profile estate agency office in London has closed - this time a branch of Winkworth.

The Richmond branch has been shut for some days and on its window there has been posted a formal Forfeiture Notice from Parkinson Bailiff Services Ltd. You can see a photograph of the notice at the foot of this story.

A Forfeiture Notice is typically posted on a commercial building when there has been an alleged breach of a covenant; leases often contain a clause allowing the landlord to close the lease in this way - that is, by entering the building and posting a Forfeiture Notice.

Winkworth told Estate Agent Today: “We regret that Winkworth’s Richmond franchise, owned and managed by Mr David Bell, will be entering liquidation. Winkworth is taking all necessary steps to ensure continuity for clients of this office.

“Tenancies managed under Winkworth Richmond, and its let only business, are already administered by the Winkworth Ealing office and will continue as such. The sales business will be transferred to neighbouring Winkworth offices.

“Richmond and surrounds remain an important area for Winkworth and we will be assessing our options for servicing existing and prospective local clients urgently.”

Winkworth currently has around 100 franchised branches across the UK, as well as a Mayfair-based office providing a support platform for all franchisees.

Last week Estate Agent Today broke the news that Foxtons had closed its office at Barnes in Richmond on Thames; the previous day the agency confirmed it was shutting its flagship Park Lane office with a nearby branch taking over its prime central London business.

Meanwhile yesterday Winkworth announced the launch of a new branch, at Fowey in Cornwall where the independent Fowey River has been rebranded as part of Winkworth.

Its staff of four will remain and a statement from Winkworth says the branch “will now focus on strengthening its marketing and widening its selling territory.” 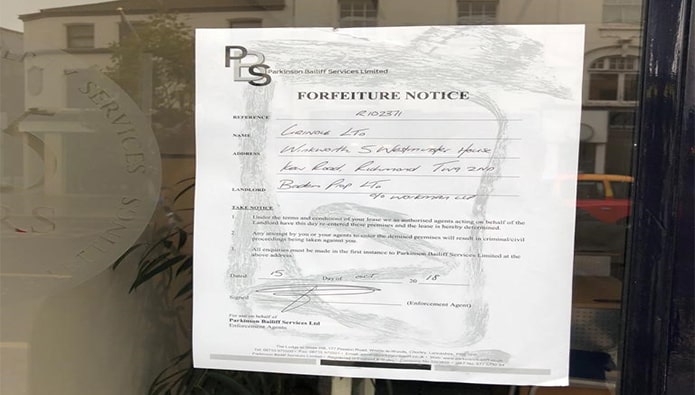 New software allows agent to work on any device anywhere in the world ...

In this article, the team at Iceberg Digital highlight how one...

Agency says it wants more women to take over branches ...

A franchise for two agency offices in west London has been...

Franchise giant Winkworth says it has backed the start up of...