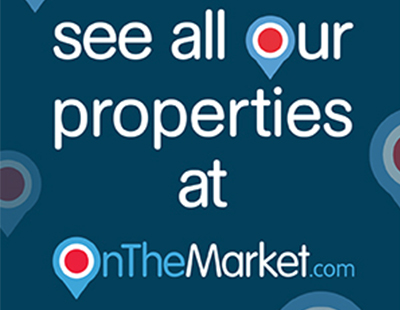 The action group representing rebel OnTheMarket agents says it is considering legal action with a barrister named to lead any possible challenge over the portals’ fees.

The possibility of legal action follows yesterday’s meeting of the action group set up by disgruntled members of the portal.

Around 100 members met in London with the debate reported to have been concentrating on promises made to ‘early joiners’ that their subscription fees would always be equal to, or lower than, members who joined at a later date.

"On Monday morning our information session in Central London was full. The level of outrage among Agents Mutual members who attended is significant. It’s understandable that these small business owners wish to protect their interests” says Iain White, the estate agency consultant trainer who formed the group.

“Now is the time for Agents’ Mutual to provide urgent clarity on what pricing offers it has made to attract new customers since it launched. Affected firms are potentially out of pocket and have a portal which is not meeting their requirements, let alone achieving the success and volume of enquiries that they were promised in return for their early financial commitment" says White.

A regional law firm, Tollers LLP,  has offered to represent the group together with barrister Ian Rees Phillips.

White says a steering committee has been formed to manage liaison with legal representatives on behalf of action group members; he says any other agencies wishing to be included in the process are invited to register at the otmactiongroup website by May 16.

"We have no reason to believe that there are any grounds for legal action. The board and management team of Agents’ Mutual have at every stage of the company’s inception and development taken suitable legal advice. We continue to take appropriate legal action to ensure that agents meet their contractual obligations" she continues.

Meanwhile OTM itself has come out fighting saying the overwhelming majority of its member agents remain committed to the portal, while the board of parent body Agents Mutual, along with management and staff, remain focussed on growing the organisation.

“We’ve said it before and we’ll say it again, OnTheMarket is here to stay and we know that our achievements to date, our continuing recent growth and the drive to succeed we share with our members are posing an unwelcome threat to some detractors who would benefit from our demise” says Ian Springett, the portal’s chief executive.

Nick Manson, director of Mansons at Jesmond in Newcastle, sales and lettings, said: ”The recent negative comments are a result of those trying to undermine the incredible amount OnTheMarket has achieved since launch.”

Steve Moir, director and chairman of the 80-office Property Sharing Experts organisation, said: “We remain amazed at the short sighted view some agents and some quarters seem to take and firmly believe it is in the long term interest for agents to continue to support OnTheMarket.”

Michael Comyn of Comyn & James at Pulborough in West Sussex said his firm was receiving a good volume of traffic from OnTheMarket while Lana Michael of Kensington Estates in prime central London said she guaranteed support for OTM “for the future of our industry.”

Rebel agents unhappy with the beleaguered portal OnTheMarket have set up...

Two City consultancies have been quick to interpret the rebellion by OnTheMarket...