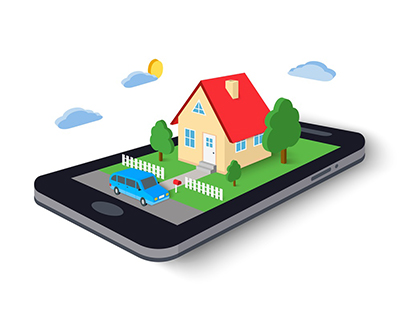 It’s easy to forget, but there was a time when the internet didn’t exist. When the idea behind the world wide web, Twitter storms and YouTube videos of a man running across a field hollering “FENTON!” were just an apple in the eye of Tim Berners-Lee.

We now take the internet for granted. We can’t imagine a world without social media, property portals, apps, smartphones or glossy, beautifully designed websites. And we demand that it’s superfast, all the time.

Uber has revolutionised the mini-cab industry, Just Eat and hungryhouse have made ordering takeaway a dream and WhatsApp has left the humble text message almost redundant.

Dating websites are everywhere you look, so are online betting companies, comparison websites and companies built off the back of divisive TV adverts and questionable jingles (I’m looking at you Webuyanycar.com and ao.com!).

The media, too, have got in on the act. The Guardian and the MailOnline are two of the world’s most visited English language websites, while the Independent recently converted to an online-only version because of dwindling print sales.

The BBC, meanwhile, has a huge and varied website and the much loved BBC iPlayer to call upon. ITV, Channel 4, Five and Sky all have their own streaming and catch-up services, too.

These things have only really happened in the last six or seven years, but it’s hard to imagine a world existing before them.

What the above suggests, of course, is that we now live in a very digital, very switched-on, very internet-reliant age.

Inevitably, the rise of the internet has also heralded agents that operate purely online – ones without a fixed base or a roll call of branches; offering the same service, they claim, for much cheaper prices.

The online v traditional debate has been done to death, but it’s still interesting to take a look back at the birth of the purely online estate agent and see how many are still doing the business now.

We all know about the big names – Purplebricks, Tepilo and eMoov – but what’s become of the lesser-known faces?

First, a bit of background. HouseNetwork, which launched in 2003 (13 years ago, now there’s a scary thought!), is generally considered to be the pioneer of 'Online Estate Agency'. It’s still going strong today and claims to have sold more than 10,000 homes since its inception.

Next up was Hatched.co.uk. Founded by Adam Day in 2006, the online agency was snapped up by Connells Group in November last year.

In the last ten years Hatched has established itself as one of the better known online agencies, and the Connells acquisition suggests a closer relationship between more traditional agencies and leading online ones could become the norm in future years.

Housesimple.com followed shortly after, in 2007. You’ve probably seen their TV advert in recent months, as they try to improve their brand recognition.

Tepilo, founded by TV star Sarah Beeny, appeared on the scene in 2009, closely followed by eMoov – fronted by the irrepressible Russell Quirk – in 2010.

Purplebricks arrived in 2012, backed up by its distinctive purple branding and a carefully crafted PR campaign, and easyProperty – borrowing on the famous orange name and brand – in 2014.

According to research carried out by comparison website SellingUp.com, 75% of the 15,000 properties listed for sale on Zoopla by online agents at the start of May 2016 were shared between the above agencies, with Purplebricks (which actually sees itself as a 'hybrid agency' more than an online one) by far the most dominant.

It’s clear that the growing number of online agents has coincided with the increasing importance of the internet.

However, although the number of online agents is on the rise, their market share is still only roughly 5%, according to Rightmove (albeit up from 2.5% in 2014). So, from a market share point of view, onliners are not making too many inroads – even if they are growing slowly but surely each year.

Where are they now?

Here at EAT we’ve seen the launch of many online agents claiming to be the best thing since sliced bread. I thought it would be interesting to have a nose around to see which of these agencies are still around and how successful they’ve been.

Settled – Founded by brother and sister duo Paul and Gemma Young in May 2014, this PropTech startup is looking to dispel the “myth that consumers must rely on ‘expert middlemen’ to help them sell or buy property”. Settled recently received £1 million in seed funding to expand its operations.

Sell A House Online – a very Ronseal name, but gets the point across immediately. Part of the online agency boom a few years ago, this agency was founded in 2013. Little is heard from them now, with no listings on Rightmove and Zoopla and no tweets since January of this year. As things stand, they appear not to be operating.

Hoppla – This Sheffield-based online agency is little-known at the moment, but that may change in the coming years.

Turtlehomes.co.uk – I think you can already guess what their logo looks like, can’t you? Founded in 2008 by former estate agent Richard Tuck and claims to be “the best value online agent in the UK’. This agency is linked to the 7-branch traditional agency Michael Tuck, the family estate agency Richard used to work for.

Urban.co.uk – Founded by Adam Male and Oliver Atkinson in 2005, Urban claims to be one of the pioneers of the online estate agent, but perhaps doesn’t have the instant recognition that some of the more high-profile onliners do. Still, they’ve been going strong for 8 years now, which must say something.

Fresh Chilli – Cracking name, although SEO might become a slight issue! This North Yorkshire-based hybrid operation was launched in 2015 by John and Victoria Dixon. However, as revealed on EAT this week, their website is currently 'For Sale' and their social media accounts largely inactive, so it’s unclear if they are still operating.

Mi-Move – A fairly new kid on the block, Mi-Move launched in the Sutton area in 2012. They’d probably win the award for snazziest website, too. Its slogan is an “estate agent aiming to shrug off the stereotype” and it covers a large number of areas in the South London/Surrey area.

YOPA – A digital property start-up that has received significant funding from Savills, YOPA was co-founded by Daniel Attia and Andrew and Alistair Barclay in January of this year. If you recognise the latter names, it’s because they are the grandson and son of Sir David Barclay, owner of the Daily Telegraph. Like Purplebricks, it sees itself as a hybrid thanks to its 'local experts'.

Sellmyhome.co.uk – Founded in 2013 by former Knight Frank chartered surveyor and agent Will Clark. The agency's founder insists the online model isn’t faceless – he says property “is all about the people” and he still loves getting involved in “everyday buying and selling”.

If truth be told, there are only a handful of online agents who have the sort of brand recognition that seeps into the national consciousness – but online agents are a product of their time, so as long as the internet is the all-conquering behemoth that it is, online agents will continue to enter the market.

Also, the fact that some have been around for more than a decade, would suggest claims that online agents are a short-term, doomed to failure fad don’t really hold up to scrutiny.

Whether you see yourself as 'online' or 'traditional' – your website and the traffic it generates have become all-important.

Don’t underestimate online agents on this front, though, they've shown they're good at driving traffic and promoting their digital presence to vendors and landlords - arguably because all they have is a virtual shop front so that’s where they can channel their investment.

But what all agents should be trying to do is convert the prospective clients that land on their website into leads, something that our very own ValPal tool does very well.

While I’m here, this brilliant infographic – a PropTech map of the UK produced by The Digital Marketing Bureau – helps to effectively convey just how vast, and ever-growing, the PropTech community is.