There’s been a huge change in the way estate agencies operate in recent years, with far more focus on marketing properties online and across social media.

Therefore, I thought it would be a great idea to get in contact with Matt Nicol, who began his Nicol & Co estate agency at the age of 25 in his hometown of Droitwich Spa.

In ten short years, he has grown a highly regarded business operating across Worcestershire from offices in Droitwich and Worcester.

The company was last year listed in the top 3% of estate agents in the country in the acclaimed Best Estate Agent Guide, and Matt was identified as one of the ‘next generation’ of estate agents by The Property Academy.

Here, Matt answers my questions about what modern estate agents need to keep in mind in the modern media world. Without further ado…

As someone who started their business at just 25, did you face any challenges, opposition or obstacles because of your age? Did people take you seriously and did you receive support from older agents/colleagues? 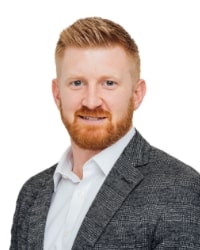 I initially faced significant financial obstacles as a young businessman and couldn’t get much support from banks after the recession. They liked the business plan and the glint in my eye but their ‘computer said no’.

Local agents in the first town I set up in were very positive, and I remember them visiting in the first couple of days to introduce themselves which I thought was very professional. One corporate said that I would last six months – sadly it is that business that’s no longer operating in the area.

What advice would you to give to other young agents considering a similar move?

In short, pin your ears back and go for it, as it takes a lot of hard work! I had to sell my flat and move back in with parents to cut overheads, but it was the best decision I could’ve made. You need to put every minute of your life into it as hard work at the beginning soon pays off.

I would work 12-hour days and often six days a week – it wasn’t like this forever, but it got the momentum to where it needed to be. Estate agents’ boards breed boards, but great recommendations save a lot of marketing spend!

You launched just as social media was really starting to take off – did this, and the rise in digital media, play a key role in your agency’s growth?

I’ve always been active on social media since I opened and I still have reminders of old posts coming through – first instruction, first sale (STC), first completion! I feel I’ve used social media to its full advantage, and by looking after it personally the tone has remained consistent.

I used to put #kapow when I sold a property, but later realised it was no longer friends and peers watching and wishing me well, so now we’re completely focused on the vendor, landlord or client.

I still drop bits on there that the local community love, as you need to have an eye for the posts that people share – things going on in the local area like community events or bin days over Christmas. Don’t just post about pie charts and stock…

Do you think your age helped you to embrace modern methods of marketing more than older, potentially stuck-in-their-ways agents?

It was easier to be agile because the business was small, and so we could implement something, test it and then improve it or drop it. Some agents want to change and improve their offering with the support of technology, but probably don’t know where to start.

I’m not saying this is because they’re stuck-in-their-ways, but because they don’t always have the help in the industry. Everyone’s always trying to sell to people and there’s so much tech out there it is hard to know where to start.

Do you see the traditional high street office surviving, or will there be a move towards hub-style/serviced offices soon?

For me, it’s a very personal experience and I can’t see myself ever going for the serviced office/hub approach. We encourage people to come in to see us. But it doesn’t need to be on the high street. Both our offices are just outside the main town/city, on main trunk roads with easy parking.

They are real head-turners, as we want to give clients the chance to come in and sit with us without fear of parking running out. We’re away from all other agents in our respective areas so if a client is coming to see us we are the choice, not just one of many.

It took a long time to get the right locations. My first branch in Droitwich was small and on a back street so I could go out to appointments as a one-man band without people realising no-one was there. Now we have two flagship offices, both well-lit and recognisable inside and out.

What’s different about your approach? And why were you selected as one of the ‘next generation’?

Ah, you’re after my secret sauce, and I can’t give that recipe away! In truth, I don’t think there is a single thing we do differently. We just work very hard for our clients and their recommendations have helped us to grow at a fabulous rate.

I’m very proud of the team we employ, and it’s down to them to deliver the most remarkable service to our clients, which is what they continue to do. For me now, it’s about being their ‘father at work’, having their best interests and development in my sights, and it’s a really enjoyable position to be in.

I still muck in, negotiate, win instructions and meet clients, but more of my focus is on the team. The opportunity to be part of the ‘next generation’ was an honour. I’m still learning and improving, and a lot of what learn I implement. 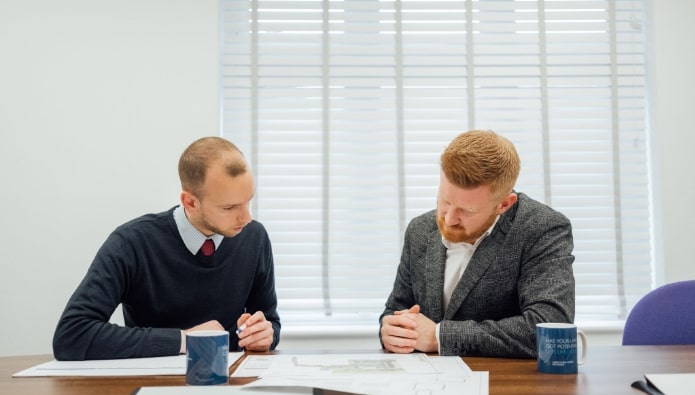 This was one of the things that Peter Knight, founder of The Property Academy, spotted in me and my business: that we constantly improve. And we are never content with what we are doing. That’s just the way I tick. Having time to work on instead of in the business has helped me massively.

Would you ever consider using vodcasts in your day-to-day work?

I’ve known for some time that it’s crucial to stay relevant to people’s choice of media when it comes to property knowledge and expertise. This led to us employing a digital marketing assistant for this very job, amongst many others.

He’s a videographer at heart but a wordsmith and brilliant with a camera so we can produce great, relevant content to keep people tuned in to what we’re doing.

Back in 2009, I would never have predicted that I would need to produce such a high volume of video content to stay ahead, but we’re now setting up a studio to allow us to shoot consistently.

I took part in a recent project for Redrow Homes where I played the host of their show. The first one was a great experience and something I felt that I could put my hand to. I’m looking forward to the second and third episode being filmed in March.

Lastly, if you had to make one property market prediction for 2020, what would it be?

A strong year ahead for sales. I feel many put it off last year due to uncertainty, but now they will move forward with their plans.

Brilliant answers, Matt! Definitely an agency to keep an eye on.

Property Natter: how much is that home in the window? ...

It’s the most obvious visual medium high street agents have at...