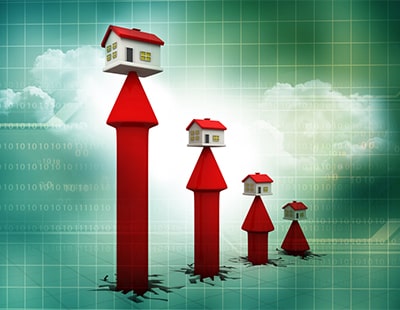 When looking back on the property market this year, the main message we can take is that it has remained extremely resilient in testing times.

The market as a whole has faced many challenges; Brexit and a December general election being the main two, while the lettings market specifically has also faced changes in legislation, such as the Deregulation Act and the tenant fee ban.

Despite all of this, the market has continued to remain strong and perform well.

Looking back on the first nine months of this year, the number of sales across the whole of the UK was only 1.1% lower than in the same period in 2018, which is better than what was predicted and is well within the normal levels that I would expect.

Over the last two years, the rate of price growth in England and Wales did slow from a peak of 6.8% in August 2017 to a low point of -2.5% in May earlier this year.

However, price growth has since bounced back, with the latest figure for September 2019 showing 2.5% positive growth on the previous year, and I only expect this to increase during the next few months into 2020.

Throughout this year the economy has proven to be more robust than most predicted, leading to record employment levels and wage growth. The strong economy and decrease in properties coming to market has meant that the average house price increased to £234,635 in November this year.

In June, the Tenant Fees Act came into force which prohibited landlords and agents from charging fees to tenants. Despite the predicted effect that this was expected to have on the number of properties available to let, the figures are actually up on the last few years, which is really positive for the lettings market.

As well as this, tenant demand is arguably stronger than ever and despite rents now being at an all-time high, tenants do not seem to be put off. I fully expect that rents will rise even further during the next year, but perhaps surprisingly, I do not expect this to affect the number of tenants in the market.

Although in reality the property market has not performed as poorly as some expected, it has still been gripped by the political uncertainty during the last three years.

So, what will next year look like for the property market? Experts are predicting house price growth in the UK to be between 0% and 2%. If we take a mid-point of 1%, that would mean that the price of an average flat in England and Wales would rise by £2,860 and the average house would rise by £2,920.

With the results from the December general election now in, I expect the property market to be one of the main beneficiaries and for it to push on and pull itself out of this current uncertainty.