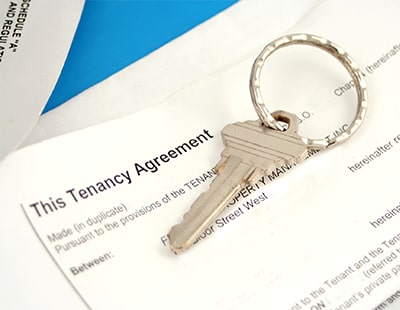 With a mere matter of weeks until the Tenant Fees Act comes in to effect, I can’t help but wonder just how successful the reality of this policy change will be.

At its heart, the ban is intended to make renting fairer for those who either choose to rent or those for whom it’s simply the only option. At the same time, of course, it is one of a number of initiatives aimed at reigning in the supposed unscrupulous nature of ‘rogue’ landlords and letting agents.

As a key component of the government’s focus on cleaning up the rental sector, the tenant fee ban has been widely justified on the belief that it will save renters £240 million a year. On face value, that’s an impressive figure, but break it down and it equates to somewhere close to just £70 per household and while £70 isn’t a value which should be sniffed at, it’s also unlikely to make a huge difference to the average tenant – especially when you consider other costs involved in renting.

There’s no avoiding reality and that is simply that rents continue to rise year on year. Recent figures suggest that over the past twelve months, they’ve increased by an average of 3.3% and while they may not continue to grow at this rate forever, the likelihood is that they’re not going to reverse.

Even the Prime Central London market, which is thought to have suffered the greatest knocks in recent times, continues to see rents creep up. That ultimately means that tenants will carry on paying increasingly more regardless of any perceived ‘saving’ that the fee ban creates.

Then, of course, there’s the question of who foots the bill once the tenants themselves can’t be charged. Here, another fallacy of this policy change becomes apparent. Landlords will argue that in recent years they’ve been punished enough and that being able to earn a living as a landlord has become increasingly difficult. The result being that if they’re faced with greater costs, they’ll be forced to review the levels of the rents that they charge – and that’s something that certainly wont sit comfortably with tenants.

Indeed, if you look to Scotland where the tenant fee ban was introduced seven years ago, figures there would suggest that since the ban rents have gone up on average by around 6.5%. That works out at £350 per tenant, per year – a figure which is, ‘coincidently’, about what you’d expect to pay in fees.

Added to that, is the fact that that figure is now an annual increase of £350, rather than just a one-off, and with tenants staying longer in properties, the long-term impact becomes clear.

Tenants aren’t, however, entirely passive in this whole situation. In the past six weeks or so, there have certainly been a number who’ve negotiated on fees prior to the ban coming in to effect.

These occurrences aren’t currently widespread, though, and while in some areas where Andrews operates at least a third of new tenancies have been negotiated in this way, there are other areas where this hasn’t been the case at all and there’s not necessarily any rhyme or reason for this.

What is clear is that with the tenant fee ban, much like the proposed abolishment of Section 21 and the assumed impact that Brexit, should it ever happen, will have on the rental market, is that while both tenants and landlords alike appear more informed about the impact that changes within the market are likely to have, they’re actually left confused as to the reality or simply don’t agree with it.

The rental market plays an essential role in the delivery of housing in the UK. The changes already made, along with those due to be introduced, will simply push rents up and drive supply down (which in itself will drive further rent increases).

Who benefits in that scenario? Certainly not tenants, nor the many honest landlords that make up the majority of the UK’s PRS. I can’t help but think that the tenant fee ban may be heading for failure. Perhaps it’s simply time to leave the rental sector alone?