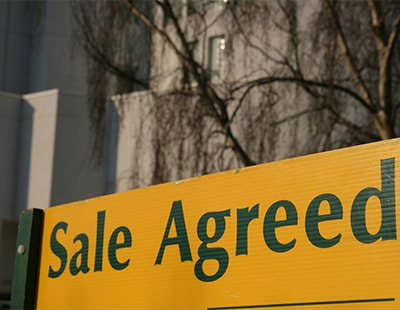 The story of the week has been the first steps of a trade body to represent independent estate agents - as those agents account for around 70 per cent of the industry, even in these corporate times, such an organisation could in theory be highly influential.

Having met Charlie Wright, the software entrepreneur behind the idea, it’s impossible to doubt his enthusiasm for independent agents in general and this group in particular.

Whether or not such a group is necessary, and whether or not it really takes off, he has a passion for his subject which is strong - even by the standards of the agency industry, where dedication and enthusiasm for and against innovations often reach fever-pitch.

Wright is realistic enough to admit that unless he gets a (so far unspecified) critical mass of estate agents behind the idea, it won’t fly. But recent history isn’t on his side.

An obvious example is OnTheMarket.

If three years editing Estate Agent Today and Letting Agent Today have taught me anything, it is that agents - with very few exceptions - hate Zoopla and Rightmove. Yet a common enemy isn’t enough.

You don’t need me to explain how many agents took against the tactics of OnTheMarket, even if they backed the principle.

Relatively few agents ‘jumped ship’ from the portals they hate so much and some of those who did are publicly unhappy. As a result, and as OTM approaches its second birthday, it looks a long way from its stated goal of knocking Zoopla off the number two portal position.

There are other obvious examples.

The industry has ARLA and UKALA - presumably with nuanced differences which mean one organisation offers slightly different services to letting agents than its rival organisation.

Likewise we have TPO, the Property Redress Scheme and Ombudsman Services: Property - in other words, three rival redress systems.

And we have several landlord organisations such as the RLA and the NLA - but of course there are others, too.

Why can’t we agree just to have one organisation representing each interest - it would have more members, more influence and more power?

Some less obvious examples come in the shape of ‘direct message’ tweets I have received in recent weeks: they were confidential, so I have no intention of naming names.

The first was critical of a particular industry figure because he appeared to support the idea of banning letting agents’ fees levied on tenants; this criticism seemed unreasonable to me, because it’s clear that several other industry figures (albeit perhaps a minority) feel the same way, and because in any case he’s entitled to his view - as we all are.

The second tweet was similarly critical of someone else who wants a more prominent role in an established trade body. The objection to him was that he was (apparently) vehemently pro-Brexit and thus (apparently) unrepresentative of the property industry as a whole. As above, it strikes me that such criticism is unfair and unreasonable.

Both direct messages implicitly urged me to publicise the ‘offences’ of the people in question. Not a hope - these people are entitled to their views.

But the point of mentioning these incidents is not to criticise them, nor to ‘out’ their authors.

It’s simply to show the passion that exists within the agency industry. It’s strong - very strong - but in most cases it is a passion driven by something laudable: a desire for agents and the industry to do well.

The problem is that, in these days of individualism and instant social media expression, such passions are often contradictory: ask five agents what their views are on a contentious topic and the odds are that you’ll get five, maybe six, conflicting opinions. Each will probably be driven by an enthusiasm for the subject.

Which brings me back to CIELA, the independent agents’ group set up this week.

The founding members say they want “to win the majority support of the approximately 15,000 small independent agency businesses across the country.” That’s a lot of agents to persuade to tow the line - whatever that line turns out to be.

It will be a major achievement if it happens and if so much of the industry acts in concert.

But let’s be honest - the omens are not good.

When I read about the possible formation of yet another ‘mutual’...