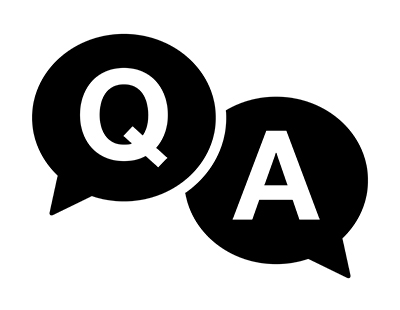 A fantastic exclusive this week as I carry out a question and answer session with one of the leading names in the world of property.

Until leaving the firm in May 2015, Bob Scarff had spent 38 years working at Countrywide and two of its subsidiaries, seven and a half of those as Managing Director of the UK's largest estate agency.

A man who knows the industry inside out, Scarff now works as a “self-employed consultant to forward- thinking, ambitious UK estate agents”.

He is also dipping his toes into the world of PropTech, striking up a partnership with lettings expert, innovator, tech obsessive and serial entrepreneur Rob Wellstead to co-found Prop Tech Solutions in 2016.

They've recently got Mal McCallion of Zoopla, PrimeLocation and raterAgent fame on board as Managing Director, with an initial focus on lead management tool Callwell.

Now to those questions...

A recent story on Estate Agent Today saw Russell Quirk claiming that, back in 2011, he offered you – when you were Managing Director of Countrywide – 10% of eMoov for £100,000.

Can you verify that claim? Or do you have a different recollection of the meeting?

I remember the meeting very clearly. We (Countrywide) were looking at the emerging "no frills" estate agency space. We had pieced together a contingency plan of how we would react in the event that demand for "no frills" ever became more than what it appeared to be at the time – a 21st century way of selling privately.

We met Russell to see whether he had thought of anything that we didn't already have in our plan. He hadn't. We certainly didn't call the meeting because we wanted to invest in his business.

Looking back on your time at Countrywide, do you have any regrets?

Only one, the obvious one, I regret the way it ended.

During the six months that I worked for Alison Platt, I regret not working harder to show her that I could be the essential link between the past and the future.

Of how I could help her deliver her modernisation vision without causing so many good people to feel so disengaged that they had to leave.

I thought that my results and the innovations that I had already introduced would speak for themselves and that I didn't need to sell myself to her. I was wrong.

What do you make of the way Countrywide has developed since your departure?

I admire Alison and the non-executive directors that appointed her for having the courage to embark on a completely different strategy.

I simply think that they're trying to change too many things that are either not yet ready for change or things that perhaps never will be.
Yes, there are lessons that can be learnt from the Retail sector, but estate agency isn't Retail. A lot of things simply do not and will never read across.

I also think (but I would say this, wouldn't I?) that they don't have enough people – any people – at a senior level who have ever worked in estate agency themselves so having a proper instinct for the estate agency market will be difficult. They probably see that as a good thing. I don't.

How did your partnership with Rob Wellstead come about?

We both started in the business at the age of 18. We quickly decided that we wanted to do something together, we just weren't sure what.

What is Prop Tech Solutions and how do you aim to change the industry?

Well, what Rob and I decided to do was set up a business providing simple tech solutions to real everyday problems in estate agency.

Too many people I've met in the last fifteen months have it the other way round. They've dreamt up a really cool tech solution to a problem that only exists in the head of someone that has never worked in an estate agency office.

Callwell, the lead management service, was recently relaunched – what other products will you be launching?

Callwell is really cool. It was originally launched to the market three years ago and it already has a number of high-profile customers. At its heart it turns an email into a phone call.

If the phone rings or the door opens we deal with it, why are we so slow with emails?

Our roadmap of products will all pick up simple day to day irritations like this and provide a tech solution.

Having been in contact with our own PropTech product, the ValPal tool, what are your thoughts?

ValPal is really cool, too. It takes a simple idea with a tech solution that wouldn't have been possible that long ago and dishes up to the agent customer a real time hot vendor lead.

As with Callwell, though, so much of the success is in the hands (or, more accurately, between the ears) of the recipient agent employee.

There was a bit more to it than that. The point that I was making was that any agent that allows themselves to be pigeon-holed in that manner was taking a risk with their brand image.

The customer doesn't find these distinctions very helpful. All they want to know is what do you say you're going to do, do you actually do them and can you prove it?

You meet and work with lots of estate agents, are you confident in the potential of the next generation?

Next generation, that's an interesting definition. I know narrow minded techno-phobes in their thirties and I know green light thinking geeks in their sixties.

It's not a generational thing. It's about being prepared to recognise that in every walk of life, human behaviour is being altered by technology.

In every business, customer expectations are much higher. The residential estate agency workspace in the UK has always attracted people with an edge, a competitive edge.

Such a world where commission makes up a large chunk of total earnings and where even that is only paid out on "some" of the sales you make is only a place for people who back themselves to survive.

So, yes, I'm very confident about the future.

You’ve been in the industry since 1978 – what’s the biggest change you’ve seen during that time?

It would be easy to say Information Technology and everything that flows from that including the Internet. Clearly that would be true. But thinking about it more deeply, the biggest single change in the work place has been brought about by Employment Legislation.

When I started in 1978, nearly everyone I worked with and in the industry generally were white, male, able bodied, heterosexual and under 30.

I'm ashamed to say though that I don't remember anyone feeling that this was "wrong" in any way. That was the way the world was...Love Thy Neighbour was on TV, less able people described themselves as "handicapped", queer was an acceptable way to refer to homosexuality and married women paid income tax on their earnings at their husbands' marginal rate. The whole country was institutionally prejudiced.

What are your favourite pastimes and what do you do to relax?

My hobbies nearly all revolve around sport. I am a season ticket holder at both Birmingham City Football Club and Northampton Rugby Club and have been for over twenty years.

Other than that, I suppose my main form of relaxation is country walking or sailing my boat – mind you, ballroom dancing lessons are taking up a bit of my time right now!

If you have any thoughts about the above Q & A, please drop a comment in the comments section below.

First things first, I have to mention the World Cup. The...