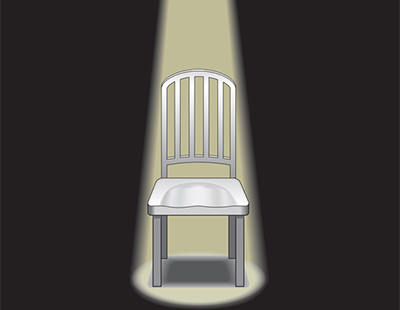 In recent weeks I have been carrying out question and answer sessions with some of the key figures in the property industry. This week it’s the turn of Russell Quirk.

Based in Brentwood, Essex, Russell is the Founder and CEO of eMoov, a “fixed fee hybrid/digital estate agency” that started life in 2010.

He first entered the world of property back in 1999, as Co-Founder and Director of Quirk Deakin. Before that he worked as a specialist performance car sales executive for Lancaster PLC. He has also been a committee chairman and councillor for Brentwood Borough Council and even did a stint as a volunteer radio presenter for Phoenix 98 FM!

In recent years he has become one of the best-known and most vocal names in the world of property. It might also be fair to say that he’s one of its most divisive.

Now, to those questions…

Where did the name eMoov come from? And has it been frustrating seeing firms with similar names (e.g. eMove, EweMove etc.)?

I thought for a while about the name and wanted something that was concise and descriptive, but with negligible budget.

eMove.co.uk was available to buy but at £45,000 and that was just about all I had to launch the entire business and so that was a no.

eMoov.co.uk was unregistered and was close enough. And it cost £20. We have since purchased eMove.co.uk.

I don't consider EweMove a copy-cat as such, albeit that they did incorporate a few months after we did. There have been more ‘moov’ derived copy-cats than those using 'move' and so I guess in either case it’s pretty flattering. We have recently purchased the eMoveUK.com domain name as used by another estate agent as that was confusingly similar to us.

eMoov has been around for over six years now. What do you consider to be its biggest achievement?

Apart from holding our own as the closest competitor to Purplebricks by revenue, our biggest accolade was won just recently with the announcement by AllAgents.co.uk that eMoov is now rated as the best estate agent in the UK of all 25,800 competitor branches for customer service.

Customer service is our core differentiator and this now cements that well and truly.

Not long ago, eMoov started describing itself as a hybrid estate agent, before returning to being known as an 'online agent'. How would you define your firm?

Such labelling is a misnomer really. Digital, hybrid, online...they’re all similar ways to describe a new approach to a better estate agency proposition. I get called all sorts of other things by the industry establishment of course...

You’ve been a key player in the online vs traditional debate over the years. Are you bored of this argument now?

This debate was started by the incumbency, progressed by the media and is now a regular subject at panel debates orchestrated by investment banks, the proptech scene and all sorts.

There is a serious differential between the old and the new and it’s not just about better fees but is more about improved customer service and customer empowering technology that most of the traditional sector hasn’t yet embraced.

Ultimately, the debate is a distraction. What the question should really be is: ‘how do estate agents make themselves genuinely more appealing to the customer?' Online, offline or whatever – the companies that answer this and execute on it will win the long game.

It’s clear PR is an important part of your marketing strategy. Has it played an important role in your growth?

Yes it has. It’s an important element in acquiring new customers and setting us apart as an expert voice in the industry. We now achieve more than twice as much monthly coverage than all of our ‘online’ peers put together and it’s achieved in-house, not via an agency.

It’s another key differentiator for us and the COA that we derive from PR is ultra-low.

Do you have any plans for further crowdfunding/investment campaigns?

We haven’t had to raise anywhere near as much money as our sector competitors. Our cost of acquisition is much more efficient and we’re building a business with sound unit economics rather than one of vanity metrics.

This means that we’re not desperate for cash but will raise again in due course to fuel strategic growth. But we’re not obsessed by gaining listings at any cost as some seem to be.

Some people in the industry might consider you to be a divisive figure. Does this bother you or do you embrace it?

I'm very thin-skinned and the constant bullying by the incumbency really hurts my feelings. I’m kidding. Not really...it goes with the territory as a disruptor and frankly, the more noise that the traditional sector makes toward me, the better we must be doing. So yes, I do kind of embrace it.

Are you impressed with the market share claimed by online estate agents in the past five years?

We should all be impressed by this growth in the last two years. Rightmove stats show that the sector has doubled market share since 2014 and if that’s extrapolated to 2020, that’s a 20% market share at that point.

There’s an inevitability to where the consumer will drive our growth and we should accept that as getting to around the same level of disintermediation as the insurance, travel and recruitment industries – 50% of the market ultimately.

Have you been impressed by Purplebricks' fast growth and digital marketing success?

Yes. They've done a great job of raising money and spending it.

What are your favourite PropTech innovations? Do you think Virtual Reality will take off in estate agency?

VR seems a bit old-hat already, really. AR (augmented reality) is probably more interesting ultimately, as is AI (artificial intelligence) - which I believe will take the form of assisted negotiation and predictive sales progression in the future. But quite a few years away yet.

You've been quite vocal about the restructuring at Countrywide. How do you see the situation developing over the coming months?

It’s the classic incumbents’ dilemma. I applaud the management team for trying to do something to mitigate against the disruptors but they simply didn’t do the right thing in launching their hybrid pilot via Spencers, Frank Innes etc.

Launching a lower cost platform proposition that competes with your own brand directly is nothing short of accelerated cannibalisation. We’ve tracked their new listings via the three pilot brands and they’ve not seen any increase at all and so it has not worked except to maybe dilute their revenues even further.

Countrywide and others have had the opportunity to buy into the online/hybrid model but didn't want to pay the price tag for the tech understanding; the rather bespoke marketing approach; or the execution knowhow. That will be their biggest mistake when their shareholders look back on what’s unfolding.

There will have to be top level change, I suspect, before shareholders lose their shirts altogether.

In one sentence, what does the modern vendor want from an estate agent?

The same experience that they are now used to getting everywhere else these days – cutting-edge service; accessibility; transparency; reliability; performance; and at a cost they don't resent.

So there we have it. Thanks very much for those answers, Russell. If you have any comments – or questions for Russell – please pop them in the section below.
Until next time…