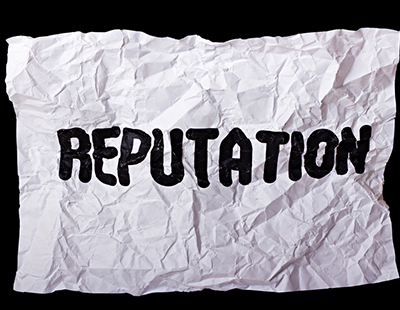 Last week, on the latest series of The Apprentice, Lord Sugar threw his teams into the London property market.

As expected, Twitter erupted: 'How to make an Apprentice candidate even more unlikeable: turn them into an estate agent'.

I cringed with the nation as Scott announced: 'these are the walls', each time Richard mispronounced the name of the developer, and nearly turned the TV off when Gary said: “Nice throne. I could do with a moment, but I don't want to put clients off.”

Many took to Twitter to say there wasn’t much difference between the candidates and estate agents they’d previously dealt with, and there was outrage that the group managed to make over £76,000 in commission, without floor-plans, maths skills, or much common sense…

Though some of the Tweets were valid, the general opinion was that – as a nation – we just don’t seem to like or trust estate agents. So why do agents have such an unfavourable reputation among the public?

The issue of reputation is complicated. Many use the term 'necessary evil' when describing estate agents. Okay, it is possible for you to market and sell your house yourself, but it’s not an easy job – despite what was portrayed on The Apprentice.

Estate agents should be professional salespeople who serve a valuable and useful function to the public. They work long hours in an extremely fast-paced, stress-filled and pressured environment, and even when they do an excellent job, they tend to have more disappointed customers than most industries.

Think about it this way: for every successful purchaser and new tenant, there will be a number of unhappy people who have missed out – and that is simply the nature of what we do.

This unfavourable reputation is also down to the bad estate agents who are letting the whole profession down. Unlike property surveyors, estate agents are not bound by an institution, or recognised for an industry level of professionalism.

That means that almost anyone can set up an estate agency, and unfortunately, many do, without any experience, or knowledge of the industry. Yes, we have The Property Ombudsman, but they can only give out fines and can’t actually stop someone operating as an estate agent, even if service is way below par.

We recently conducted a survey to identify what it is people are looking for in an estate agent, and discovered that the large majority of people disliked the over-salesy and aggressive approach which characterises certain agents, and instead favoured open communication and reliability.

It seems then, that the only way of changing perceptions is by being honest, approachable and upfront, offering differentiated services that clients simply don’t expect from an estate agent.

There are a lot of great estate agents out there, and it’s time to recognise that a good agent makes a valid contribution to the housing market.

Online Vs traditional – the battle continues ...

Shelter has been tirelessly campaigning for longer tenancies for the last...