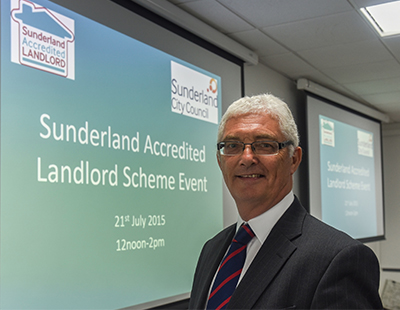 It was an end of an era in the property world this week. Christopher Hamer stepped down as the Property Ombudsman on Monday, a role he’s held for the last nine years.

With this in mind, I thought it would be a good time to look at how much has changed since Hamer took on the position in the December of 2006. As well as tipping my hat to what the man himself has achieved in that time.

The Property Ombudsman scheme is a free, impartial and independent service, the main purpose of which is effectively to act as a mediator, a middle man, in unresolved disputes between consumers and property agents. They are, in short, there to resolve the unresolved.

Government-approved, the TPO is there to provide redress, not regulation. As it says on the website, “The Ombudsman is not a regulator and does not have the authority to take regulatory or legal action against an agent, impose fines or dictate the way agents conduct their business.”

The scheme has now been going since 1990 and is growing in strength year by year.

Of course, this can partly be explained by the fact that more complaints have been made as the years have gone by, with the TPO dealing with more cases. But the way cases are resolved has also clearly become more efficient, streamlined and effective.

Another of the TPO’s major achievements in the last few years has been the Enterprise and Regulatory Reform Act 2013. Following great pressure from the TPO Board and Council for all residential letting agents to join a redress scheme, the government passed the above legislation.

The same year also saw a substantial increase in membership for the TPO.  It’s now estimated that over 95% of all sales offices and 85% of all lettings offices are members of or registered with the scheme, a fairly significant increase even since 2006/7.

It’s also interesting to see how TPO has embraced social media in the last few years. They’ve only been on Twitter since January 2012, but they’ve witnessed their account accrue 13,500 followers in that time. Social media is, of course, a great way for an institution like the TPO to distribute information, tips and latest news to consumers and agents alike.

Bill McClintock is also standing down as Board Chairman of TPO on January 1 2016. He's been with the TPO since 2003 and Chairman since 2004.

Good luck to both Christopher and Bill in their new pursuits. And good luck to Katrine Sporle, who now takes over as the new Property Ombudsman.

In other news, I’ve seen quite a few agent websites recently that simply have way too many “call to actions”. In marketing speak, a call to action (CTA) is defined as an instruction to the audience to provoke an immediate response.

When you arrive at the homepage of a website, your eyes should be drawn to this CTA. Instead, with some of the sites I've seen recently, your eyes are taken all over the place and visitors – potential vendors and landlords among them – just won’t know where to look.

“Call to actions” are great, but they need to be focused. Crisp, clean, directed at the target market – in the case of an agent that is vendor/landlords rather than buyers/tenants. You don’t want potential vendors/landlords to have to think too much when they come to your website; you want to do the thinking for them. There is even a book on this very thing called Don't Make Me Think!

What you want is to direct them immediately to your CTA, whether that is an online valuation tool or something else. Potential missed opportunity if not.

I also had a quick conversation with a couple of my colleagues this week, both of whom work on our ValPal tool. We all agreed that fear of change might be preventing agents – agents that are crying out for vendors and landlords – from taking risks on anything new and innovative. Even when we offer a free trial, some remain reticent. I’ve mentioned it before in previous blogs, resistance to change is a natural human reaction. We tend to like sticking with the status quo as much as possible.

But, as Einstein once said, the definition of insanity is doing the same thing over and over again and expecting different results, so why not take a risk? Or follow Richard Branson's mantra of Screw it, Let's Do It. He's not done too badly for himself, has he?

It seems like changing this perception, this fear of the unknown, is going to be crucial in getting agents to embrace the new.

Right, so it’s one more week till Christmas and two more...

Property Natter: How to improve your agency - a view from the inside ...

For my latest Property Natter I have sought the opinions of...

The Conservatives’ election victory came as a surprise, so much so...