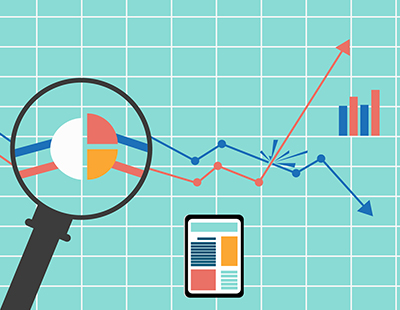 OnTheMartket (OTM) recently wrote to its membership saying how well its doing, how membership has increased beyond expectations and how it is building momentum.

Yet when you look back at the bold prediction made at the beginning of the year, that it would be the number two portal by its first anniversary, this latest statement doesn't add up.

Ian Springett also asks you to ignore the haters and the 'propaganda' put out by detractors – like me, I guess. The implication being that what he is putting out is not propaganda but hard fact.

It's true that I have written a few articles expressing my belief that the one other portal rule would divide the industry, strengthen Rightmove, discourage proper competition, attract unwanted attention from the regulators and negative sentiment in the press.

And yes, I do like Zoopla and I think its ironic and unfair to have picked on it when it was a better white knight to the industry than OTM will ever be.

However, it is wrong to say I am a detractor per se, because take away the one other portal rule and I think an industry-owned portal is a good idea.

If the one other portal rule remains, though, it is my view – which I think the facts are now supporting – that OTM can't succeed. It's a bit like trying to fire a rocket into space while at the same time ignoring the laws of physics, it just can't be done.

In order to reach space a rocket needs the initial 'big bang' of its main engines but it has to jettison them in order to reach escape velocity. Applied to OTM and being pragmatic about it, the one other portal rule may have been necessary to get the new portal off the ground but it's force is now spent and leaving it in place can only hold the business back.

Worse still, publicly relying on flimsy letters of intent is a strategy which to many seems like a Freudian admission of failure.

Let's look at some facts. OTM launched with 4800 offices. Nearly a year in it still has only 5400 offices signed up – a paltry 17% gain, despite what must go down as one of the biggest niche market start-up spends in history.

It has boasted about spending £12 million this year and plans to spend the same again next year. Do agents realise this is their money that is being thrown away on what can only be described as one of the most ineffective marketing campaigns ever?

If they had spent this money themselves on promoting their own websites via Google, their return would be far greater.

To put this in context, £12 million is the same or more than Rightmove will spend this year. At an average spend of £1 million per month and 100 million visits per month, Rightmove's cost per visit is 1p.

OTM's cost per visit is a staggering 20p. That is 20p of agents' own money to get each and every person to visit the OTM website.

This may possibly be the most expensive visit acquisition cost of any free consumer website in the UK! Do OTM agents really think this is a good use of their money and do they really intend to do the same next year?

Rightmove's monthly fees average about £750 per month and it gets around 100 million visits per month. ZPG and OTM fees are both around £350 per month. ZPG gets 50 million visits per month and OTM gets around 5 million, based on figures released by the portal last week. So in terms of exposure an agent can pay about £7.50 per million eyeballs to each of Rightmove or ZPG, or £50 per million to OTM.

Much more worrying is that the latest figures (see above) show OTM is failing to engage its audience and that a very significant percentage of traffic has come from pay per click and that most of these visitors do not return.

So, as illustrated, when OTM recently stopped its pay per click advertising visitors to the site plummeted immediately.

So, ironically, the more OTM spends the worse things get in the long run.

What will OTM do next? Will it drop the one other portal rule, add the right functionality to its site and offer members value for money?

Or will it continue to thrash around looking for ways of enticing new members while sticking to its guns?

Well I don't know for sure, but I can speculate. Based on its track record so far I think it will resort to desperate measures.

By this I mean dropping fees either to nothing or pretty close to it and focus on the agents who have left Zoopla to rely entirely on Rightmove.

If it pursues a strategy like this it will come with a price in terms of the backlash from the existing membership, some of whom will see such tactics as a betrayal.

Of course I could be wrong, but we shall see.

OTM reconciliation - why I've decided to join a portal I previously criticised ...

Things can change. For those who remember, it’s no secret that I...

Why I want to join Agents’ Mutual ...

Before we go any further, assuming you are an Agents’ Mutual...