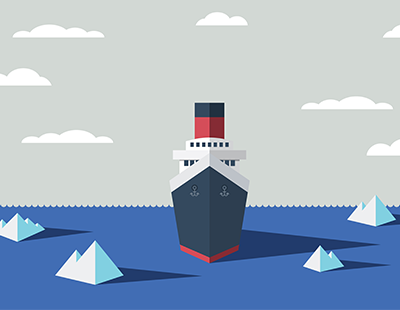 It’s rare for an incumbent to pivot to a disruptive business model, even in the face of compelling logic that they should. Blockbuster didn’t. HMV haven’t and Thomas Cook seemingly won’t.

But more so, the attitude of the bosses steering the ship whereby either they simply don’t acknowledge the iceberg ahead or they see it but think that it’s smaller than it really is and that they’ll either steer round it or successfully smash straight through it (not forgetting that icebergs are much, much bigger below the surface).

In terms of revolutionary industry changes, estate agency is late to the party. Insurance, travel, gambling, music and media, retail… have already undergone the metamorphosis that technology and the internet allows and that the consumer then dictates. Amazon killed Borders and Woolworths; Expedia is killing First Choice and killed Lunn Polly; Spotify is the new Our Price and Confused.com and ComparetheMarket have all but eaten Swinton.

In the last five years, the property establishment have gone from ignoring the likes of eMoov to dismissing it and now, at last, to making plans to compete with it.

Countrywide, the UK’s largest basket of estate agency brands, has hired a new CEO, a ‘non estate agent’.  Alison Platt comes from a healthcare background and is busy strategising a transformation plan to modernize their approach to how the company’s 1400 branch offices should function in the 21st century.

To facilitate this, a cull of the old guard is unfolding on an almost weekly and ever bloodier basis with the replacement of high level, die hard property folk with those of a retail pedigree albeit not, interestingly, eCommerce.

Platt has acknowledged that modernization means offering an online proposition. ‘We will have to play in that space..’ she is reported to have said. It’s the first time that we have heard such a public admission from a bricks and mortar agency business.

Will Countrywide risk a full blown online estate agency offering to match the fair fees, high service, technology focused approach that some of us are very busy progressing?

Platt has stated that her group will not buy an online player based on brand or market share. In other words, if an online agent is purchased it will not be one that is established, successful and knows what it is doing. Seriously? To take a route that avoids the very knowledge and acumen that is most important in understanding and excelling in this new space, is rather to grab defeat from the jaws of victory, potentially speaking.

It seems certain, though, that sufficient arrogance abounds to make the mistake of, in effect, doing their own thing as opposed to acquiring an established player that knows the sector. Cue memories of iSold…(Sorry to salt that particular wound, Mr Smith).

Big fees (1.7% average) are precious and will not be given up lightly and despite Countrywide’s lip service to the customer on the matter of service levels improving, they won’t because they can’t.

As I may have said to them at a meeting that I may or may not have had with them earlier this year, it is unfeasible to try to disseminate an exceptional customer experience culture amongst so many subordinates in so many branches, against a stiff backdrop of apathy and low customer standards.

Ensuring a genuinely impressive customer experience is going to be out of reach for such a Jurassic entity. And reducing costs by 90% in order to slash fees to an appealing level, is an utterly impossible feat.

Therefore in any ‘new order’ at Countrywide, service and fees will remain. However, they will adopt and improve on one thing I suspect…technology.  And this appeared to be their priority whenever I may (or may not) have met them.

Tech is a great enabler. It can provide customer empowerment, lower costs of servicing and ensure transparency. But technology alone will not transform Countrywide.

Merely redefining the business within multiple retail territories will not change it into something better for the consumer. If Platt’s modernising agenda were a credible one, the City would now be reflecting that.

Yet in the past three months, while the bodies have been flung out of Countrywide Towers in a growing heap, its share price has plunged 13%.

In fairness, the value of Foxtons, LSL and Savills, to name but a clutch, have also receded similarly but no doubt because they haven’t acknowledged that they have to make some sort of move toward the new way of things.

Incidentally, those that cite the latter plight of established estate agency business’s share prices as ‘housing market led’, should take a second to note that the market capitalization of Bellway, Persimmon, Barratt Homes, Rightmove and Zoopla have all increased in the same period. Significantly.

Does Platt actually get it? A well placed Countrywider when recently asked about her approach, remarked ‘She is either a genius or an idiot. I’m not sure which’.

The jury is definitely out as far as many are concerned. The sudden resignation of the group’s Head of Digital, Alex Bailes, fresh from agreeing with me at the recent Future: Property Tech panel event, would rather indicate that Platt may not exactly have won the hearts and minds of even her most avant-garde of foot-soldiers?

In trying to predict how this all plays out, forget the online vs high street distraction. That’s something engineered by the property media for page views and comment fodder.

The ensuing battle will be won by those that understand and execute on the basis of better customer value (yes, that means lower fees), epic customer service delivered via an exceptional culture and with a sprinkling of technology and automation. Not the other way around.

To think that winning in this industry is about anything more ‘virtual’ is to be heading toward a Titanic failure. And Countrywide may well be...

*Russell Quirk is the Founder and Chief Executive of eMoov

There’s nothing new about identifying 10 figures who have helped shape...