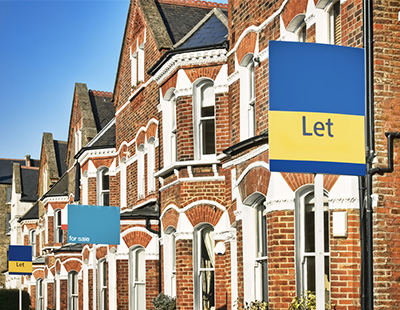 There’s nothing new about identifying 10 figures who have helped shape an industry over the past year, but that doesn’t mean it’s easy.

The problem isn’t finding 10 - it’s finding only 10 when there are so many to choose from.

I could, for example, have included Countrywide’s Paul Creffield for effectively steering his troubled ship out of the troubled waters of previous years: Countrywide may seem becalmed now but that it is still at sea at all is an achievement of sorts. Likewise, I could put in figures like high profile agent Jeremy Leaf or training and compliance guru Michael Day - two names with enduring respect across the industry.

Instead, however, I have made a more idiosyncratic choice: most of those I’ve chosen are here for good reasons, one or two for bad reasons.

I haven’t tipped anyone off in advance that they have been listed so I hope their inclusion is a welcome surprise (at least for most).

Please feel free to disagree; I’ll read all the comments left on this story over the holiday period. Talking of which, Happy New Year…

Karen Buck MP: Let’s start with a controversial one - many think her Homes (Fitness for Human Habitation Bill) is a recipe for mayhem as it gives tenants the right to sue if their home is deemed unfit.

But she’s secured support from ARLA and the NAEA, both landlord trade bodies and almost all politicians in both houses of parliament.

In a time when much legislation and political activity is divided, that’s a major achievement and her Bill - set to become law in the spring - will shape the debate about the lettings industry in 2019.

Alex Chesterman: Remember him? In 2015 and 2016 he was on the ropes with Zoopla under attack from OnTheMarket’s agency founders (a conspiracy to drop the same portal? Oh no, not at all).

This year his post-OTM policy of diversification - buying back-office estate agency businesses and utility-focused comparison services - paid off handsomely when he sold ZPG to US private equity firm Silver Lake for £2.2 billion.

Now Chesterman is probably richer even than Ian Springett will ever be. Funny old world, isn’t it?

Anthony Codling: If you’re asking ‘who?’ you haven’t been paying attention. Having made his name as an equity analyst at Jefferies investment bank, he’s now chief executive of Rummage4, a portal to watch when it launches in 2019.

Codling has overcome a credibility wobble - he very publicly tipped Countrywide for recovery under Alison Platt’s leadership - to become the best-respected observer (probably) of the current agency/portal landscape.

Will that change now that he’s no longer an analyst and is instead a participant in the industry itself?

Kate Faulkner: In a small but highly-motivated world of residential analysts, Faulkner has this year stood out.

She’s been massively productive - she runs her own consumer-focused Propertycheck-lists and writes analyses for industry players like Belvoir, the NLA, the TDS Charitable Foundation and many others.

While many of her (mostly male) peers spend time on ever-denser charts or making quips on Twitter, she delivers the goods in a way that’s useful for consumers, agents and (hey!) even property journalists.

Dorian Gonsalves: 2018 saw Belvoir make it to 21 years of unbroken profitability. It has focused on traditional service, straightforward marketing (it’s undergoing a rebrand right now) and has made shrewd deals - this autumn’s £3.6m acquisition of part of the Mortgage Advice Bureau is an example.

Gonsalves has gone about this in an efficient, unblingy fashion, and if any operation looks set to overcome the challenge of next year’s lettings fee ban it’s Belvoir - even if it’s a mystery whether it’s pronounced ‘Bell-Voire’ or ‘Beaver’.

Melanie Leech: Chief exec of the British Property Federation for four years, Leech’s entry here is down to her success at being, to many, the public face of Build To Rent.

Success has been double-edged: on the one hand there are now 131,855 BTR units constructed or being built or being planned, while on the other hand that’s still a tiny proportion of the private rental sector.

Leech has made BTR punch above its weight, however, at least with the government: it’s rather soulless and institutionalised image across the housing market as a whole may prove harder to improve.

Russell Quirk: Aside from the questionable achievement of being as divisive a figure in failure as he was in success, there’s no doubting Quirk’s legacy this year.

The demise of Emoov may have been melodramatic in the extreme but it’s made industry and investors look anew at the viability (or otherwise) of a business model that relies so extensively on market and extracts fees upfront, thus leaving listings of properties almost worthless in themselves - precisely the reverse of how successful portals have operated.

Dominic Raab MP: Unlike MPs Buck (above) and Wheeler (below) Raab exemplified exactly what’s wrong with the political merry-go-round of both major parties and their approach to housing ministers.

Appointed in January and moved in July, Raab had no time to get his feet under the table and - according to many - showed little enthusiasm for the role anyway.

Remembered mostly for a Twitter spat with a property journalist (no, not me) his tenure in office was a political low point for housing in 2018 - and that’s a competitive field.

Ian Springett: Love him or loathe him (see the comments section of several agency publications for examples of both) he’s still around and 2018 was the year when he reinvented OnTheMarket by floating it with modest success.

Opposition to both the portal and himself have diminished and his tactic of offering cut price contracts has paid off so far - although 2019 will be the acid test when already feeling-the-pinch members have to pay up.

Critics say that despite time at PrimeLocation and OTM he still doesn’t know or much like agents but it’s share price and portal hits that he will be judged on, not interpersonal skills.

Heather Wheeler MP: So, this government isn’t popular with the industry (or, perhaps, many others) but fair’s fair - Wheeler puts in the work.

Talk to trade bodies or lobbyists about meetings with government and it’s Wheeler who attends, often carrying a burden that extends beyond her homelessness remit. She said this year that she’d quit if she fails to meet the Conservative promise of halving rough sleeping by 2022 and eradicating it by 2027.

I suspect that if she’s still in office she’ll act on her pledge if she fails in her goal.