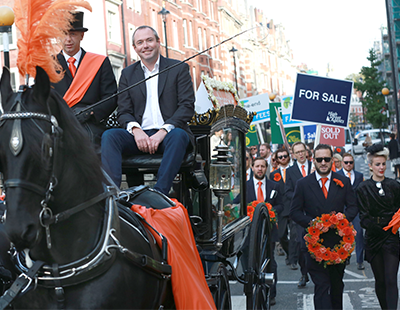 The big online estate agencies appear to have come of age.

No, no - I'm not saying they're good, bad, better or worse than traditional agents. I'm a journalist and I'm neutral on all that.

Instead I'm talking about some of the most prominent online agencies having 'found their place' when it comes to image, tone and public perception. And that is highly important given online agents have no history or long-established reputation, and enjoy little local word-of-mouth by which to recruit new business.

The three best examples are Purplebricks, eMoov and Tepilo, who have become the 'establishment' in the world of online agencies.

Purplebricks has mixed a low-key approach to public relations  with high-profile marketing and advertising campaigns, gradually stretching its coverage and activities out, region by region.

It has, I think, been the Big Success of online so far.

It talks little to the national media. It comments on relatively few internal property industry issues - it does not talk much about online agents to the likes of EAT or Property Industry Eye or anyone else, and it has cultivated a relatively serious 'head-down' image. In other words, it gets on with selling properties for clients.

Unsurprisingly, rival online agents almost without exception (when they're talking off the record) say Purplebricks is the best in class so far.

eMoov is very different, as we all know, but in my eyes it is almost as successful.

It puts a lot of premium on 'getting out there' with a chief executive happy to be quoted on any property or market issue, and who is - as many of us in the media know at first hand - keen at getting himself and his company in the spotlight.

Although it's a style that's not suited to everyone it has benefitted eMoov and, I believe, deservedly so.

The agency works hard to produce media-friendly market information (it's had a neat deal with the Daily Telegraph giving it first-dibs at well-prepared market data, for example). And when it comes to the industry itself, eMoov cleverly gives exclusives - sometimes to Estate Agent Today, sometimes to Property Industry Eye, knowing we are rivals and play off each other.

In other words eMoov is blingy, bright, very consumer-focused and a bit cheeky; all that has just helped it trouser a cool £2m in crowdfunding, despite being a few years from being profitable.

And so to Tepilo - well, its image is a bit sensible, a flat-shoe-wearing online agency that always goes out with the right coat for the weather.

It's down to earth, has a female-focused advice-giving approach and it's enduring without setting the world alight. Its famous founder, of course, means it has sporadic bursts of high-profile publicity so we can never forget it's there.

Against that background, where does easyProperty sit, in the week when its hugely expensive mock funeral in central London generated little other than industry fury?

It may be too early to tell what easyProperty has won for itself as an image as it has only just started residential sales.

But it seems to me this is the one big online agency that hasn't yet found its 'real' self.

On the one hand it should be a big fish in the small pond that is online agency. The easy brand is extraordinarily powerful and easyProperty's chief executive amongst the most approachable and property-experienced of any involved in the industry.

Yet is it serious, blingy, trying to be a voice for the industry? It's hard to tell.

easyProperty doesn't really do 'serious' so it doesn't produce, say, the regular market style information that would guarantee it regular press mentions. But it's also uncomfortable at 'blingy', as the clunky mock funeral event showed.

That funeral procession wasn't tasteless - we live in an era of big problems like migrant crises, beds in sheds and terrorism, so let's not get worked up about a stunt hearse.

But equally it wasn't particularly successful at getting mainstream publicity: anyone spot much about it in the nationals, where easyProperty needs substantial profile to succeed? Precisely...

In an online agency industry that must soon be approaching a period of consolidation - the successful bigger ones taking over the hopeful smaller ones, as happened with property portals a few years back - it is important for each of the major players to have a distinctive style, an offer to the public and an 'image'.

That will either help it survive or, as some online agents want, it will push up their value when they are acquired by a bigger player.

If one agency doesn't work out what it really is to the public, it may well miss out - and then whose funeral will it be?